Face Your Fears 2 is one of the titles coming for the Oculus Quest wireless virtual reality headset in the spring. And it checks off the box for a horror game with a lot of jump scares.

The sequel to the 2016 Oculus Rift VR title Face Your Fears is under development at Turtle Rock Studios, maker of games like Evolve and Left 4 Dead. I tried out the demo on the prototype Oculus Quest hardware at the Oculus Connect 5 event on Thursday in San Jose, California.

Face Your Fears 2 had me screaming out loud a half-dozen times during a short preview. I was in a dark room with plenty of room to move around. And so did all of the creepy spiders, centipedes, and other creatures. I was searching for my missing sister.

The jump scares only work if you react to them, and even though I was well aware that I was in a VR headset, I couldn’t help but freak out. I’ll assume I reacted that way because VR is more immersive. As soon as I entered, I pushed the controller to start moving my character to the creepy old mansion. (Yes, the game didn’t seem to make much use of the added freedom of movement).

Before I got there, a deer jumped out in front of me and I screamed. Somewhere, the people watching me must have been chuckling. That’s the thing about VR. You never know who is smirking or laughing at you behind your back.

More embarrassment awaited me. I walked along the path, but instead of going inside, there was a shed with a light. So I went in there first, turning the handle of the door with a turning motion of my hand, as I was holding the Oculus Touch hand controllers.

I went inside, and the door locked behind me. I had to find a way to get out. But first I screamed again. As I moved, a bunch of spiders came running out all over the floor. I grabbed a can of spider insecticide on the shelf and dropped it on the floor. They scurried away. 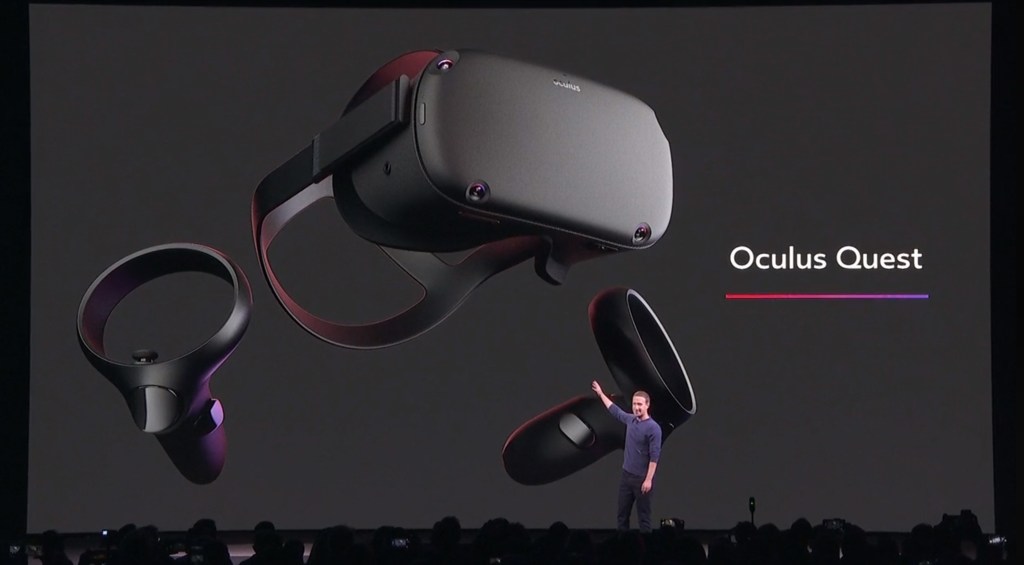 As I opened a drawer, a small spider jumped onto my hand. I screamed. This was like something out of Monsters University. I found the key.

I went looking on the other side of the room for a key. I opened a box, and a spider jumped out again. I screamed. I finally picked up a hammer and a giant spider materialized. I screamed, and then hit it with the hammer. A zombie made some noises outside. I used the hammer to break open the door.

I walked to the mansion and fumbled for the key. I already had it on me, but it didn’t open after a few tries. Finally, it opened. A creepy zombie lunged out at me. I screamed. And the demo ended.

“Good reactions,” said the guy who was running the demo. 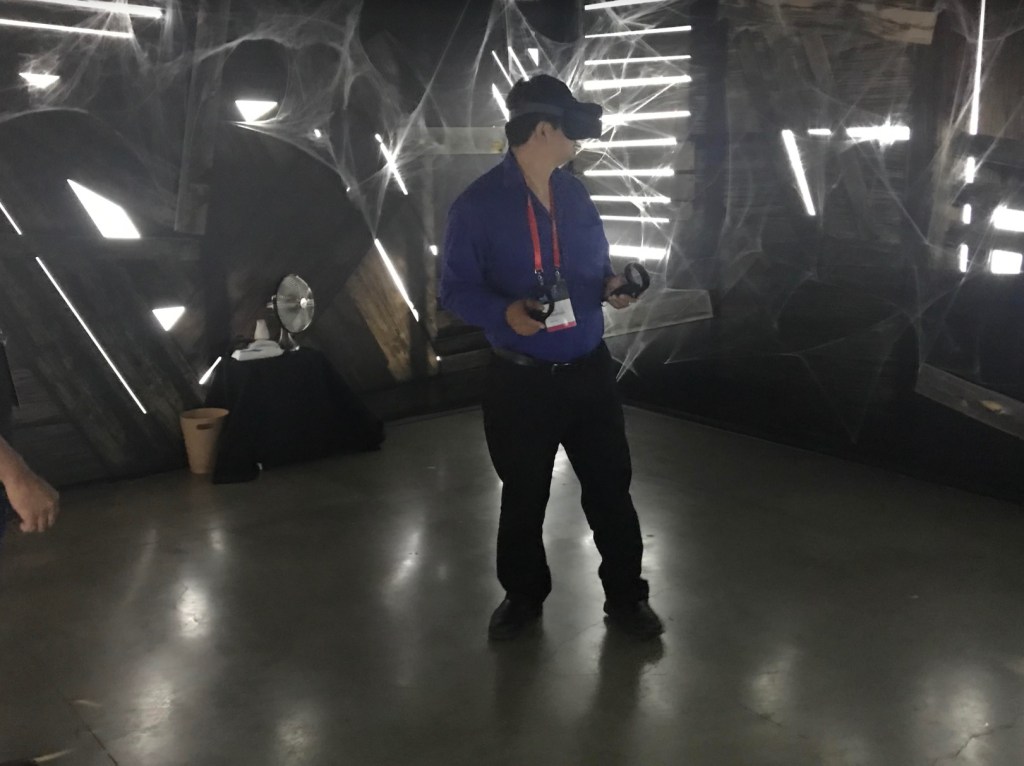 Above: Dean Takahashi faces his fears, which keep jumping out at him.

Yeah, funny for him.

It was a derivative experience. Enough to give you a heart attack. Who would have thought that jump scares trigger a physiological response from you, even though you know they are coming? I guess that’s why horror movies are so popular.

I don’t know if this is more scary on the Oculus Quest, but it certainly makes you more mobile, like feeling like you should turn around and run the other direction, perhaps into a wall, since it is a completely wireless experience. If you approach an actual wall, though, it signals you are about to do so by presenting a big blue grid. But I’m not sure that’s going to work for me as I flee from the low-brow scares.