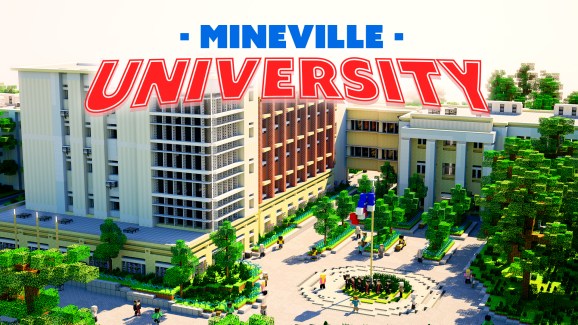 When you graduate from Mineville Highschool.

The Minecraft Marketplace kept some of its momentum from launching on Switch and its first Summer Sale. The unified version of Minecraft served up 373,361 downloads across Windows 10, mobile, Xbox, and Switch. While that’s nowhere near the 669,795 downloads from July, it’s still a big number for a month without a massive sale.

August was a relatively quiet month for Minecraft. The block-building phenomenon’s Summer Sale happened in July. Also, the Switch version  launched in June. That introduced the Marketplace to an entirely new audience. As a result of the dearth of major events like those, you would expect a big decline. But downloads were only just below June’s 396,511.

But Minecraft has a lot going on right now. Target partnered with Microsoft and The Minecraft Team to bring a huge slate of new products to the retailer earlier this month. And this weekend, the global fan festival Minecon Earth is taking place. This is where the game’s biggest fanatics get together at Microsoft Stores around the world to celebrate the game. It’s also where Microsoft will have big new announcements.

That should keep interest high, and that could translate into Minecraft Marketplace sales.

That’s the Marketplace report for the month. Check back in October for more!