Hunicke: Yes. Actually, I gave a talk at DICE Europe, a roundtable, about VR, AR, and MR. A lot of the people that came, we ended up talking about this. This is a great time to be in the space, because the developers here are the ones that really love it. If you’re working in an experimental headset right now, if you’re working on an AR phone right now, you’re one of the people that loves the medium and really wants to see it grow.

A lot of the people that came in during the rush were more interested in the idea of the boom than the actual work that lies ahead. Right now there are a lot of great people in VR. It’s a great place to be for designers.

GamesBeat: Does Quest seem like a step up to you?

Hunicke: Getting rid of the cords is essential. It’s essential to the feeling of freedom in the space. I’m super thrilled about that. 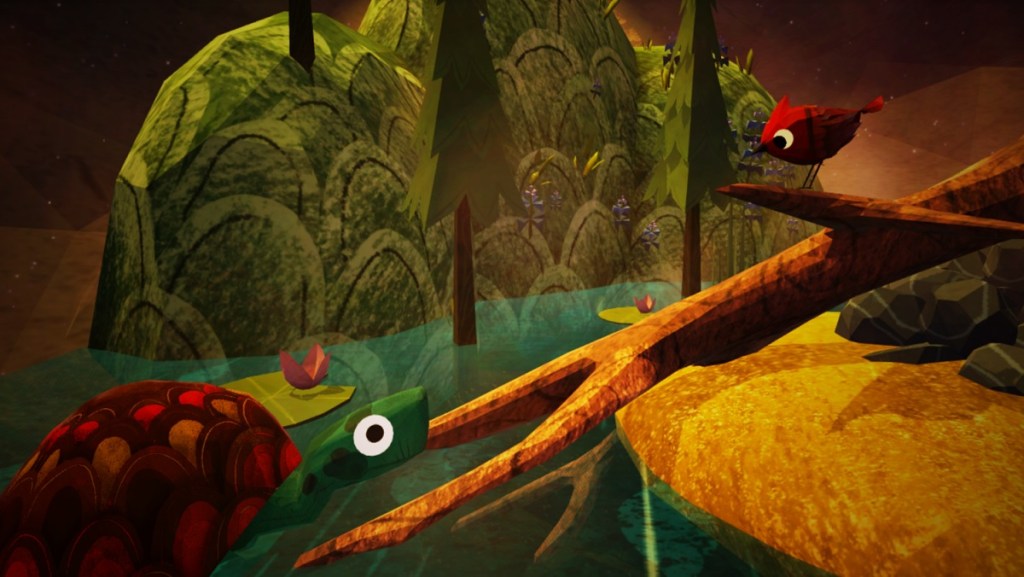 GamesBeat: These things always come with trade-offs, but the lack of the PC processing power—do you think people will miss that? The people who get a kick out of that mobility might not care that you can’t run the highest-end graphics.

Hunicke: Look at the Nintendo Wii. Did people care that the Wii was whatever it was processor-wise compared to an Xbox 360 or a PlayStation 3? Did people really care? No. Nintendo doesn’t have this problem anymore. You can look at a success like Nintendo and ask, “How do they do it?” They make great games. They’re family-friendly. They have fantastic franchises. They build stuff that works. It’s not that hard to put together and it’s fun to play with.

GamesBeat: Do you think it’s good to think of this as something like the Wii or the Switch, in VR?

Hunicke: Yes, I do. One of the things that’s interesting to me right now is that we have seen VR pigeonholed as a hardcore market, because of the hardware factor. You need this big PC to run it, blah blah blah. That’s no longer the case, right? It’ll be really interesting to see if the marketing folks who are going to be pressing this next set of advertisements and commercials and all the things being developed and released over the next couple of years, with this next wave of headsets and experiences—whether they continue to lean on that crutch.

If they get past that crutch, I think there’s a huge audience waiting to be exposed to this stuff. The question is just, how do you do it? How do you bridge that gap? How do you get over the divide?

GamesBeat: Nintendo always manages to do it.

Hunicke: Somebody will do it, and when they do it, everyone else will say, “Oh, of course, that was what we needed to build. That was how we needed to say it.” But right now I don’t think anybody knows. I’m excited to see which team, of all the teams out there right now, is the one that gets the way to communicate it. “This is why you need this device. This is why it’s exciting.” Because the technology, once you’ve used it, sells itself.

We show Luna on the Rift all the time. We just recently showed it at the Smithsonian. We were part of their arcade this year. It’s amazing to be included at the Smithsonian. But the people who come to the Museum of American Art in Washington, D.C. are regular folks. Everybody wanted to play it. We had a sign-up app and we were full up by 11:30 on day that went from 11 to 7. We had all the sign-ups we could handle. A lot of people were interested in trying it. It’s just that right now, getting them to plunk down the cash to have it in their own home—that’s the question. I’m really excited. It’s going to be an interesting couple of years.

GamesBeat: With this system they showed, it seems more like tennis is the thing, as opposed to Darth Vader.

Hunicke: [Laughs] I’d love it if there were the equivalents of Animal Crossing and Mario Kart and so on for this new headset. I’m looking forward to seeing the kind of curation Oculus is doing. They’re supportive of developers like Funomena and Tender Claws. We develop titles that can appeal broadly, that are interesting and unique. That helps expand the market.

I’m excited that they’re supporting us in that partnership. We can’t say very much about our partnership right now, other than that we have one. But I’m really excited to be developing for Oculus. You might have seen that we were on their partner slide when they announced the headset. 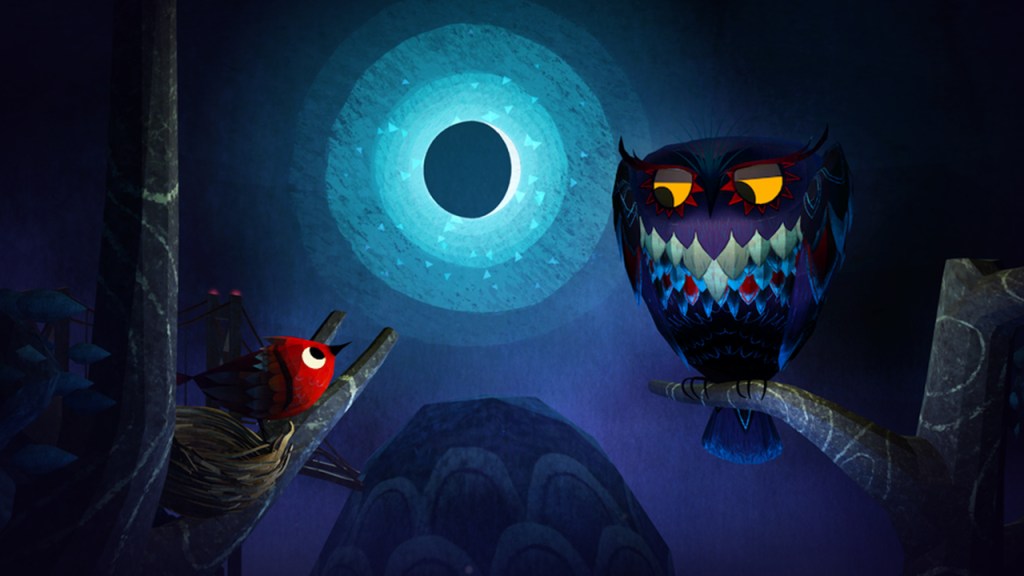 GamesBeat: Maybe one of the 50, then?

GamesBeat: When you’re designing one of these things, do you still want it to go to the PC and the Rift and the Go? Or do you think you want to focus on this thing in the middle?

Hunicke: We were having a meeting today discussing this, actually. What I would say is I always encourage the team to design to the platform first. My good friend Amir Rao, who runs Supergiant, has said this to me and I believe this is true: you should focus on the platform you’re developing for and make the best game you can for that, and then you can always port it later. You can always try new things later. But again, what sings on the platform is really important.

For Quest, we’ll definitely work to make the experience that we’re building as engaging as possible with that hardware. I think that means really leaning in to some cool new things. I can’t wait to talk more about it.

GamesBeat: It seems like you have no shortage of new platforms to consider.

Hunicke: This is what’s so strange to me. People are acting like VR is—look around! There’s so much great stuff happening.

Hunicke: I just ordered my new phone. I have an XS waiting for me at the office. I just got the notification. I can’t wait to try it. I’m super thrilled that people are slowly releasing the research they’ve been doing internally. I think there’s a lot of cool stuff going on. It’s about price points and form factors and applications and figuring out what the need is. But the tech is awesome.

I’m a nerd. I used to program the Sony AIBO. I’m a roboticist and an AI person by training. For me, this is like when I was in grad school and first went to see the Cave at the University of Illinois. I was blown away by that. I thought, “Wow, wouldn’t it be so cool if someday we had rooms like this?” And now you can have that through your phone, literally. It’s so crazy. It’s an excellent time for this stuff. 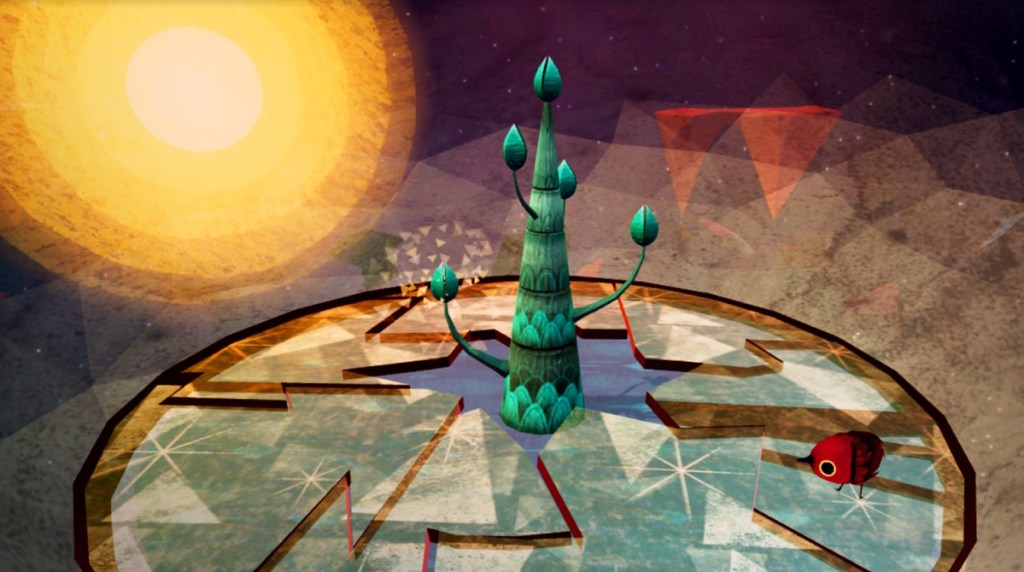 GamesBeat: On the cultural side of things, are you happy about the state of gamer culture?

Hunicke: Well, the state of culture in general—let’s look at the broadest possible thing. I say this all the time and I mean it every time I say it. The world is a better place when you’re a kinder person and you’re more considerate of other people, when you don’t personalize things, and when you understand that the reason people act out is because they’re unhappy. As long as people are unhappy and not focused on how to be happy, they’ll project that unhappiness out on everyone else. Every single unhappy tweet, every unhappy customer service call, every unhappy bad tip at a diner, every one of these people is unhappy, and the only person who can change that is them.

I work really hard to maintain a positive outlook and make time for myself to rest and spend time with people I love, because that’s what makes me happy. That’s what everyone should be doing. I think you have to make yourself happy first. Put your mask on first, then you put it on the person next to you. [laughs] If you really want to save the world, save yourself.