It’s been two years since Amazon revamped the Fire TV Stick, an HDMI dongle running an entertainment-centric variant of the retailer’s Fire OS operating system, and the intervening months have seen the launch of both Google’s Chromecast Ultra and Roku’s Streaming Stick+. The two drive resolutions up to 4K and support high dynamic range (HDR) standards, which gave them a leg up on the Seattle company’s long-in-the-tooth hardware. But the retailer is fighting back today.

“We’ve listened to our customers and pushed to deliver the complete 4K solution they are looking for, all within a compact stick form factor,” Marc Whitten, vice president of Amazon Fire TV, said in a statement.

The new Fire TV Stick 4K looks identical to its predecessors from the outside, but it’s a different story under the hood. Whitten said the team designed an “entirely new” antenna technology that, in tandem with an 802.11ac Wi-Fi chip, optimizes for the “best possible streaming experience” while minimizing the impact of wireless congestion. Joining the radio is an upgraded quad-core, 1.7GHz processor Amazon claims is 80 percent “more powerful” than the chip in the standard Fire TV Stick.

Much like the Fire TV Cube, previous-gen Fire TV Stick, and Fire TV Edition televisions from Toshiba and Insignia, the Fire TV Stick 4K takes full advantage of the Amazon Appstore’s thousands of channels, apps, and Alexa skills. (Across Netflix, Prime Video, Hulu, Starz, Showtime, CBS All Acess, and others, there’s more than 500,000 movies and TV shows on tap, Amazon says.) And when paired with the recently announced Fire TV Recast, a multi-tuner TV DVR with up to 1TB of built-in storage, it provides access to free over-the-air TV. 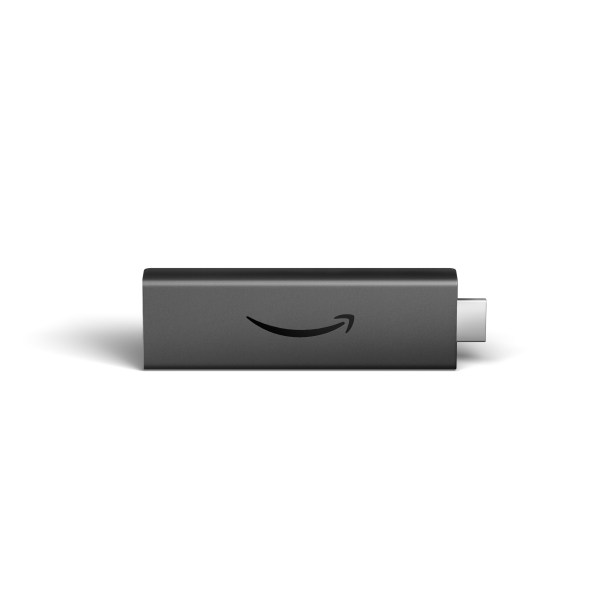 As you might expect, the Fire TV Stick 4K plays nicely with Amazon’s Echo speaker lineup. Asking Alexa a question that includes Fire TV automatically links it to your Echo — that is, assuming you only have one Fire TV device registered to your account. Otherwise, you’ll have to configure things manually.

The Fire TV Stick 4K might be the showstopper of today’s unveiling, but the new Alexa Voice Remote is intriguing in its own right.

Its IR transmitter — the same inside a typical television remote — is compatible with “tens of millions” of Fire TV devices (including the latest-gen models, of course) and the tens of thousands of sound bars, TVs, and AV equipment that accept IR commands. Those can be controlled with voice commands via the remote’s built-in microphone, or with dedicated power, volume, and mute buttons. 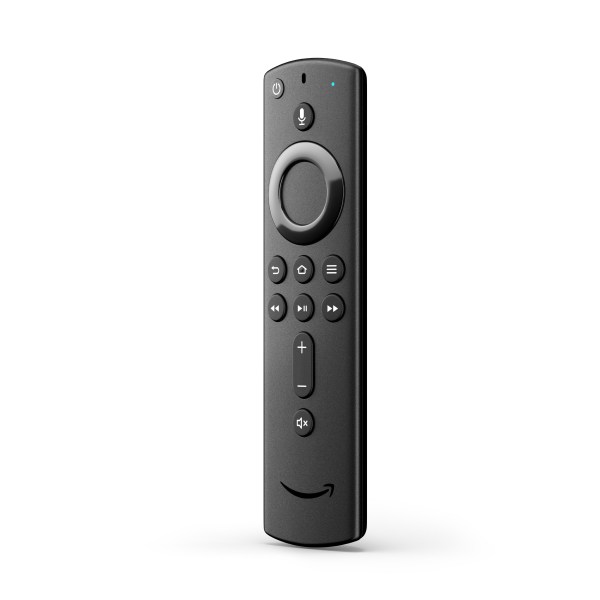 Amazon didn’t spell out the technical details in the press release, but the remote is tapping the same combination of cloud and IR that powers the Fire TV Cube’s device control features.

The new Alexa Voice Remote, which is also available for preorder, costs $30. It begins shipping on October 31 in the U.S. and Canada, with sales in the U.K., Germany, and India to follow on November 14 (and Japan later in the year).

To sweeten the pot, Amazon is throwing in three free months of Amazon Music Unlimited, its music streaming and discovery service, for “eligible customers” in the U.S., U.K., Germany, and Japan who pick up a Fire TV device.

With the Fire TV Stick 4K, which costs $20 less than the Roku Streaming Stick+ and Chromecast Ultra, Amazon is looking to take pole position in the streaming set-top segment.

According to research firm eMarketer, Roku is the top connected-TV brand in the U.S. with over 38.9 million users a month, followed by Chromecast (36.9 million) and Fire TV. (Amazon says there are 25 million active Fire TV users worldwide.) Assuming current market forces hold sway, it forecasts that Amazon will just about double its install base by 2021.

In total, 168.1 million U.S. consumers will watch streaming video via a connected TV device this year, according to the firm, up 10 percent from 2016.