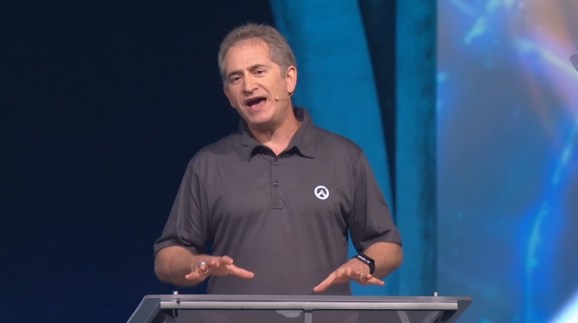 Blizzard Entertainment president and cofounder Mike Morhaime is no longer leading the gaming company he helped start in the 1990s. J. Allen Brack, the executive producer of World of Warcraft and longtime Blizzard employee, is taking over as president.

Morhaime will continue to serve as an adviser, according to a company press release on BusinessWire. Activision Blizzard also tweeted out the news moments ago. Blizzard also said that cofounder Allend Adham would join the executive leadership team and that Ray Gresko would be its new chief development officer. Adham was Blizzard’s first president, and he’s worked on the Diablo, StarCraft, and Warcraft franchises.

Blizzard Entertainment is one of the biggest names in gaming. For a long time, World of Warcraft was the biggest massively multiplayer online role-playing game in the world, and it still matters, as we saw with the big sales spike from the Battle of Azeroth expansion in August. The collectible card game Hearthstone is the market leader in its category. StarCraft was one of the big early players in global esports, and Diablo made the action-RPG a popular genre. Overwatch became the most popular team shooter around, and the Overwatch League is carving itself a place in the esports market.

Gresko was the production director for Diablo III, and he also served as executive director of Overwatch, which was Blizzard’s first new intellectual property in 17 years when it was announced in 2014. It rose from the ashes of another Blizzard project, Titan, which died in 2013.

Mike Morhaime is stepping down from Blizzard, to be succeeded as President of Blizzard Entertainment by J. Allen Brack.

Both Morhaime and Brack posted messages on Blizzard’s website about the changes.

“When we started Blizzard we just wanted to make great games,” Morhaime said. “What we realized is that the games we create are really just a framework for communities and human interaction. When we look back, what we often find that’s most lasting and meaningful from our experiences in games are the relationships we create and foster. You have given me the inspiration and drive to pour my heart and life into what I do. I literally couldn’t have done any of it without you. We have created these worlds, but you have given them life, through your passion, fan art, cosplay, videos, and in so many other ways.”

“J. has been with Blizzard for over 12 years leading the World of Warcraft team, and it takes vision, creativity and unwavering commitment to excellence to sustain a community of players the way J. has for over a decade,” Kotick said in a statement. “J. is an inspiring leader. He has shown unwavering commitment to our community, to innovation and creative excellence and he cares deeply about ensuring the very best of Blizzard culture will be protected.”

Morhaime cofounded Silicon & Synapse with Allen Adham and Frank Pearce in 1991. This company would start working on Interplay projects before striking off on its own, first as Chaos Studios and then changing its name again to Blizzard Entertainment. GamesBeat’s Dean Takahashi detailed Blizzard’s history in an interview with Morhaime back in 2016 when the studio turned 25.

“I want to thank all of the talented and hardworking people at Blizzard for their dedication, creativity and passion. It has been a privilege to lead this team. I’m also very grateful to Blizzard‘s player community for their support,” said Morhaime in a statement.

It was Warcraft that made Blizzard what it is today. The seminal real-time strategy game first appeared in 1994 as Warcraft: Orcs and Humans. The studio would pump out Warcraft II in 1995 and Warcraft III in 2002, and it was this series that served as the base for World of Warcraft, a MMO so popular that South Park dedicated an infamous episode to it in 2006, working together with Blizzard staff on the cartoon. The franchise spawned a Hollywood blockbuster in 2016 that, while grossing more than $400 million worldwide, was a disappointment. League of Legends and Dota II, the big multiplayer online battle arena games, sprang from the influential Warcraft III mod Defense of the Ancients.

Blizzard delved into the dungeons with Diablo in 1996, shaking up the moribund RPG market with a game that combined loot with fast combat and randomly generated levels. It spawned a genre that remains innovative and vibrant, and the studio made two more Diablo games in 2000 and 2012.

StarCraft took Warcraft’s RTS combat to the realm of sci-fi, creating a global phenomenon. It garnered a huge following in South Korea, where some labeled it as the nation pastime. It also was instrumental in the development of esports, and for years, it was one of the dominant names in competitive gaming. StarCraft II: Wings of Liberty came out in 2012, and while successful, it didn’t have the same impact as its predecessor had.

But Morhaime was a part of all these successes, and though he’s staying on as an adviser, it’ll be interesting to see what happens at Blizzard going forward and what influential games will spring from the Anaheim-based studio in the future.