Last year, Hurricane Harvey caused an estimated $125 billion in damage to the state of Texas, with Houston one of the cities hardest hit. Today, the city government is still grappling with one of the most contentious parts of hurricane recovery: how to fairly dole out money to the homeowners and renters who need it most.

To assist in the process, Houston’s Housing and Community Development Department in February awarded a three-year, $1.28 million contract to Civis Analytics, a Chicago-based data science startup founded by Dan Wagner, the chief analytics officer in former President Barack Obama’s 2012 reelection campaign. About six months into their work, a representative for Civis and the Housing and Community Development Department spoke with VentureBeat about Houston’s struggles to rebuild after Hurricane Harvey.

Flood victims who have been overlooked

In the days after a hurricane, FEMA sends representatives to the affected areas to help guide residents through the process of applying for assistance. The Small Business Administration also makes low-interest loans available for homeowners, renters, and businesses.

Who applies for assistance at this juncture (and who doesn‘t) can have ripple effects on the rest of the recovery process. In order to access follow-on funds from the Housing and Urban Development Department after a hurricane or natural disaster, cities and counties have to conduct a needs assessment estimating how much money homeowners and renters still need in order to rebuild. Typically that’s done by looking at who still needs help out of the people who immediately applied for FEMA assistance. In this case, Houston was awarded about $1.15 billion from HUD to spend on housing recovery.

“One of these issues here is that if you don’t raise your hand, we don’t know that you were flooded — and people outside of the [FEMA-designated] floodplain, there’s a potential that they are not used to being flooded, and are not going to be asking for help,” Chris Dick, a data science manager for Civis Analytics, told VentureBeat.

Sherry Dunlap, an organizer with Houston advocacy group the Metropolitan Organization, told VentureBeat that even among those who want to apply for FEMA assistance, some aren’t able to. For example, people don’t always know what to do if they‘ve lost a form that’s required by FEMA — like a house deed — in the flood. Or they might not qualify for assistance in certain residencies, like mobile homes.

In order to get a better understanding of who needs money but isn‘t getting access to it, Civis built a predictive model that estimates who might have been living in a particular building in Houston at the time Hurricane Harvey hit, and how much damage their property incurred.

Dick said that Civis first pulled property files from the Harris County Assessors’ database to estimate how many residential buildings existed in the city of Houston before the hurricane. The company also used data from the Census Bureau and consumer sites to estimate how many people were living in each building, what income bracket they fell into, and whether they were a homeowner or a renter.

Then Civis tapped Dewberry, a company that specializes in flood engineering, to build a simulation model of the flood. That — matched with Civis’ map of Houston — allowed the company to estimate how much rainfall entered each building and how much damaged likely occurred.

Civis’ model showed that about 211,000 residential buildings holding approximately 208,00 households were damaged during Hurricane Harvey. The buildings that were damaged incurred about $16 billion worth of loss in total. Of that, about $4.5 billion worth of damage was incurred by residents with an income under 80 percent of the area median income. Understanding how much damage was incurred by low-income homeowners and renters is critical in trying to determine which people might have a harder time rebuilding after the storm.

Additionally, Civis estimated that 58 percent of the flooding in Houston occurred outside of the FEMA-designated floodplain. Sarah Labowitz, the communications director for Houston’s Housing and Community Development Department, called this data a “strong indicator” that Houston needs to invest more not only in housing, but also in flood mitigation projects. Things like drainage improvements should in theory lessen the flooding in areas outside the floodplains, away from the river banks. Houston mayor Sylvester Turner in July sent a letter to HUD asking for local control over a portion of the $4.7 billion the state of Texas will receive for mitigation projects.

“What we’re seeing in the needs assessment is that so much of the problem in Houston is not because of the river filling its banks, but because of drainage failures at the street level,” Labowitz said.

Tech companies in fields from drones to solar energy are increasingly called upon to assist cities and states with hurricane recovery. As the continued struggles of some Houston residents indicate, tech isn‘t yet a perfect cure for bureaucratic issues. Dunlap gave the example of one disabled resident she worked with who was awarded money from FEMA to find a hotel to stay in while repairs were being done in his home after Hurricane Harvey. But he couldn’t find a hotel room that could fit his wheelchair. Even with such gaps, however, tech can play a significant role in improving the recovery process.

Dick told VentureBeat that the next step for Civis is to give the city the ability to conduct this type of analysis on its own so it’s ready when another natural disaster hits. As part of the company’s contract, it’s giving city departments access to this data through a Civis-built cloud-based platform for three years.

“I think we are a city kind of grappling with what it means to experience repeated flooding,” Labowitz told VentureBeat. “How we use data to build back quicker and smarter is really important in how we recover from Harvey.” 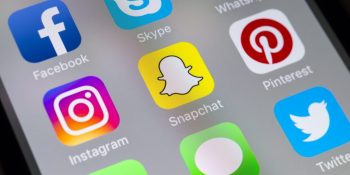