The San Rafael, California-based Nomadic will partner with Rotterdam, The Netherlands-based Vertigo Arcades  to take the popular shooter game into VR arcades, where players won’t have the inconvenience of having to set up their own VR experience at home. The idea is to jumpstart the VR games market while waiting for more convenient technologies to come in.

The company will also build its VR Arcade Suite, a content launcher for free-roaming location-based (LB) VR titles. It also includes an applications programming interface (API) for integrating a variety of key arcade features like tracking systems, peripherals, spectator and mixed reality functionality, and more in both location-based VR and core VR titles.

“Orlando is the mecca of location-based entertainment, where tens of millions gather annually for vacations and events,” said Doug Griffin, the CEO of Nomadic, in a statement. “Nomadic is the most immersive VR experience today, allowing visitors to physically engage with magical worlds. The Nomadic experience will fit right at home in this city and set the stage for a larger scale expansion in 2019.” 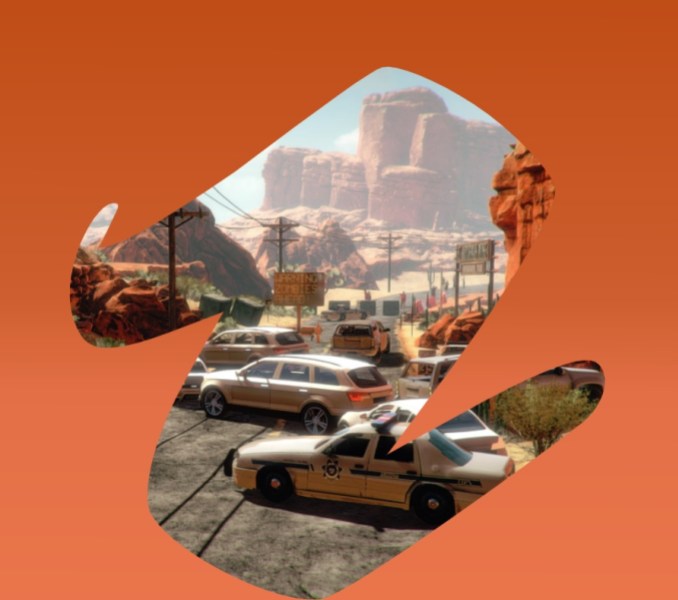 Above: Arizona Sunshine is a popular zombie-shooting game.

The Nomadic experience opens in Pointe Orlando in Fall 2018. Well known for location-based entertainment, Pointe Orlando brings a great assortment of complementary businesses and food venues. Los Angeles and Las Vegas venues are in the works, with additional domestic and international locations, as well as experiences, to be announced in the coming months.

Nomadic transformed the No. 1-ranked VR arcade game, Arizona Sunshine, and made it into an immersive VR experience, with heavy emphasis on physical interaction with objects in the virtual world. The idea is to make the Nomadic experience “come alive” like nothing else.

Players are immersed in a walkable, warehouse-scale that combines the virtual with the physical and allows them to reach out and touch things like trains, elevators, helicopters and even a zombie.

Founded by veterans of the film, gaming, and retail sectors, Nomadic experiences blur the line between ‘virtual’ and ‘reality.’ The experiences incorporate physical props, set design and environmental effects into story-driven VR content. Nomadic installations are designed to be easily re-configured to allow new content and VR adventures to be presented quickly, easily and cost-effectively.