I’ve been thinking a lot about Call of Duty: Black Ops 4’s Blackout battle royale mode. It is Treyarch and Activision’s answer to the competitive threat in the multibillion-dollar shooter market from Fortnite and PlayerUnknown’s Battlegrounds. And I now think it’s going to be huge.

I played it during the beta, and it changed my mind about the potential of Black Ops 4. Before the beta debuted on September 10, like many players, I was totally skeptical. I was bemoaning the fact that for the first time history, Call of Duty would not have a single-player campaign. I have played every Call of Duty game, and the campaign always delivered a compelling story.

The six to 10 hour campaigns motivated me to play about 100 hours of multiplayer after launch. But Treyarch saw the declining interest in single-player, rising interest in four-player Zombie co-op play, and, of course, the explosion of battle royale (where 100 players are whittled down to one survivor, Hunger Games style) in the spring of 2017.

Single-player was proving to be thorny this time around, and so Treyarch jettisoned it. It tripled the Zombie experience with three major stories, and it added Blackout, which is a battle royale mode across a huge map that is 1,500 times larger than Nuketown, a small multiplayer map. It copies the gameplay of PUBG, which was also copied by Fortnite. I played it, and I was shocked at how fun and accessible Blackout was.

Coming during the middle of a three-year development cycle, this change could have been disastrous for Treyarch. Last fall’s Call of Duty: WWII did well, but it probably saw a leakage of players with the rapid rise of Fortnite in the second half of last year and the continued success of PUBG. Treyarch spun on a dime and changed gears, cutting single player and going to work on Blackout.

Bluehole, a small South Korean studio that teamed with developer Brendan Greene, did the impossible in knocking both Call of Duty and Battlefield off their feet with PUBG. Electronic Arts’ DICE studio evidently couldn’t react as quickly. DICE announced a battle royale mode for Battlefield, but it hasn’t shown any gameplay, and this mode isn’t expected to launch it until later, when the downloadable content (DLC) launches.

But Treyarch correctly surmised the threat. It also tripled down on Zombies, providing three story experiences instead of just one, and made sure Blackout would be ready at the October 12 launch. All of this has been happening real-time, and you can see how Treyarch reacted differently from DICE.

After the Blackout beta test began on September 10, Benchmark analyst Mike Hickey said that it could drive an additional $500 million in revenue for Call of Duty. The stock price for Activision Blizzard rose 5 percent in a day. When EA showed the Battlefield V beta on — without battle royale — the reaction wasn’t nearly as strong. And EA had to delay its launch to November 20 to avoid being sandwiched by Call of Duty in mid-October and Red Dead Redemption 2 on October 26. 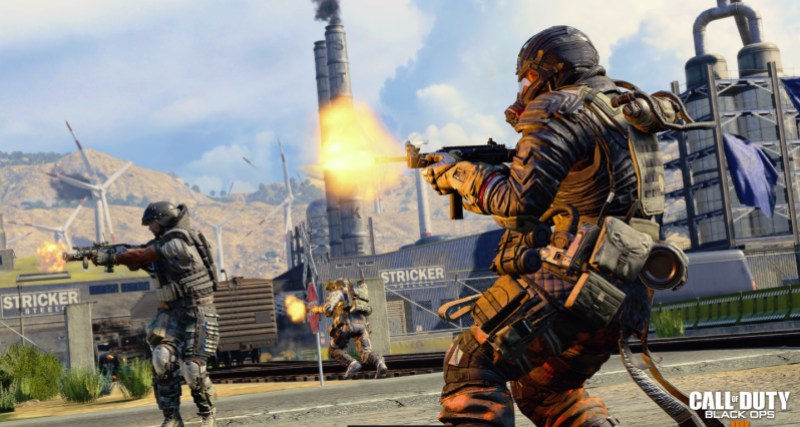 I played Blackout in the beta and I was impressed at how accessible and fun it was. I could actually hit someone with a weapon in Blackout, compared to my total lack of success in PUBG (a more realistic shooter with occasional lag problems) and my failures with Fortnite, which makes targeting hard because your targets are always jumping and building wooden defenses in front of you.

By contrast, with a little bit of craftiness, I could occasionally survive until two or three players were left in Blackout. It was more like the battle royale mode that I was waiting for. I was still really bad compared to a lot of players, but I had the feeling that I could actually win. Like with the other battle royale games, it gets really tense as the player circle tightens, the number of survivors drops, and you have to fight it out one-on-one in a final duel.

Treyarch managed to create a fast-action Call of Duty battle royale mode that was in between the less-accessible PUBG and the free-to-play, zany, and almost casual Fortnite. It could be a brilliant move, so long as Treyarch correctly judged that it could finish the job and stamp out the bugs in time.

EA’s DICE will have the most time to polish a battle royale mode, but it is certainly not striking while the iron is hot. It’s no wonder that Activision Blizzard is valued now at $61.3 billion and EA is valued at $34.7 billion. 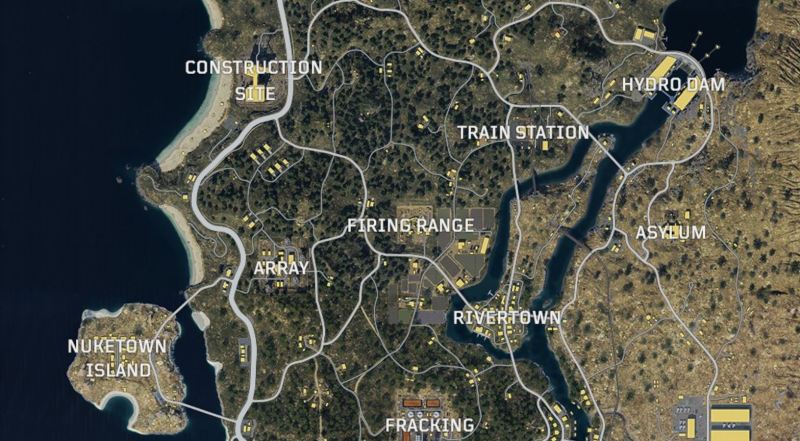 I think that PUBG has more to lose from Blackout than Fortnite. Fortnite has a different free-to-play business model, where players pay real money for new skins to decorate their characters, that should cushion Epic Games against market share losses.

PUBG, on the other hand, is a serious military shooter that is more like Call of Duty. It could be much more vulnerable.

This is not all my imagination. Last night, Macquarie Research said in a report that the launch of each new season of content has driven Fortnite viewership to a new high watermark. July’s Season 5 averaged 221,400 viewers in its first week. But Season 6 launched last week to only 169,400 average viewers, down 24 percent, signalling that the interest in Fortnite on Twitch has peaked.

“Call of Duty would likely be the largest beneficiary of a drop-off in Fortnite as the first holiday’18 Triple-A release to include a battle royale mode,” said analyst Ben Schacter, in the report. “Activision held a beta test for the battle royale mode in September and ranked No. 4 for the week, averaging 103,000 viewers and peaking at 586,500. That was 2.9 times and 3.9 times the best weeks of last year’s Call of Duty game, respectively.”

Still, PUBG and Fortnite have the advantage of being earlier to the market. They have extremely popular mobile versions that Treyarch admittedly is missing. They have multiple battle royale maps and esports events that are in motion. Fortnite, with its Fortnite victory dance, has become a cultural phenomenon, with an awareness on a level that could even make the Call of Duty marketers jealous.

And so I don’t want to make the mistake of calling the battle won before it has started. This is going to be hard slog for market share, a battle in the mud, as four games (and perhaps others) duke it out for king of the hill in battle royale. And, of course, Red Dead Redemption 2 may be so good that it sucks time away from all of the battle royale games.

But I know I’ll be playing Blackout.