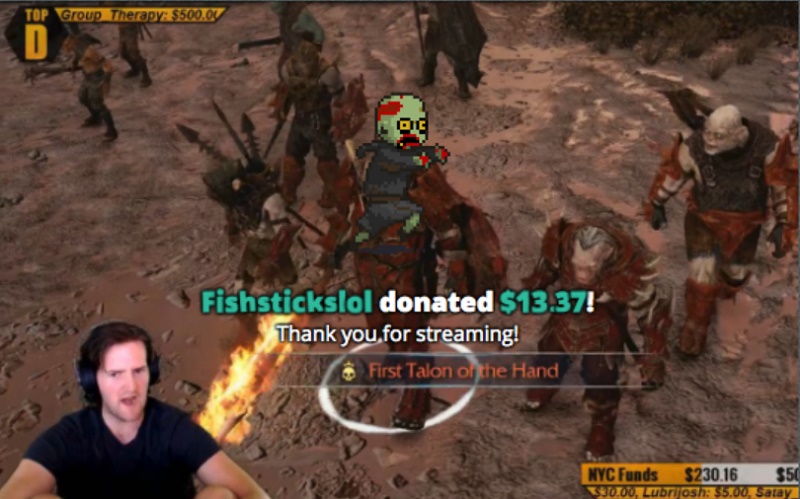 GamesBeat: Are you getting feedback that this is the majority of income for some people? Do they still have to have other sources of income that are just as significant?

Moiz: For some streamers, yes, Streamlabs and tipping are the main sources of income. It really depends on the streamer. We’ve seen a huge amount of variance. Some streamers make more from their Twitch and YouTube subscriptions. The top 50 streamers, exclusively the top 50, make a significant amount of money through inbound partnerships, big brands coming to them. That’s people like Ninja and Myth and Daequan. A brand will come to them saying something like, “Hey, Red Bull is putting together an event, we want you to be involved,” and they’ll put together a significant sponsorship deal.

Esports salaries have gone up a lot over the last five years. I used to own a championship League of Legends team back in 2013, Vulcun. We finished number two in North America, ahead of CLG and TSM. Salaries in those days were $20,000, $40,000 a year. Esports in particular has come a long way. There’s been a lot of investment by funds and traditional sports organizations. The amount of spending and salary for esports players has gone up tremendously.

On the streaming side, we think the market this year is about $10 billion. That’s aggregated across China, North America, South America, Europe, all the major spending regions. A big chunk of that is China. Next year, spending in the industry is going to be about $13 billion. I can get you stats from our last quarterly report, but there are several hundred thousand streamers who actively earn something through Streamlabs annually. I think it’s somewhere between 200,000 and 400,000 that are making some money. I believe a few thousand streamers, 5,000 to 10,000, are making reasonable income doing this full time.

GamesBeat: Do you think the nature of the long tail could change here at all? Is it all just the celebrities that are going to cash in and make real money, the top 1,000 in the world?

Moiz: Yes. Much of the spending, especially in advertising and sponsorships, is all top 50, but if you look at viewer transactions — tipping and subscriptions — that’s a lot more equal and long tail. While the big guys will make a lot of money, there’s tens of thousands of streamers making minimum wage, enough to pay their rent, and then a very long tail is making hobbyist money. They call it ramen money. [laughs]

GamesBeat: As far as your own ecosystem of people here, what are you finding about how that’s changing?

Moiz: There seems to be a lot more activity this year in the space, from a developer perspective and a game publisher perspective. Last year there were a lot of new platforms competing with Twitch, starting in 2015 and 2016. Facebook Live and YouTube Gaming and Mixer were going at it hard. This year we’re seeing game developers get involved and look at how they can build streaming into their games. Also, all of the big streaming platforms now have dedicated developer platforms and developer relations teams. They’re working with companies like Streamlabs and others to bring more unique experiences on their platforms. That’s a big push.

Non-gaming streaming is growing really fast. People streaming their phone cameras. I’ve seen fitness streams show up a lot on Twitch. There are cooking shows with 5,000 or 8,000 viewers. You’d never think a cooking show would do well in a place like Twitch, where it’s all young guys. But they’re doing well. They’re doing movie nights, Pokemon marathons where people are tuning in. There’s a lot more diverse content.

If you go on Twitch, particularly at night — say, after 11PM — you’ll see IRL, which used to be one category, and now it’s multiple categories, but general non-gaming–basically, that dominates. It’s very, very popular. 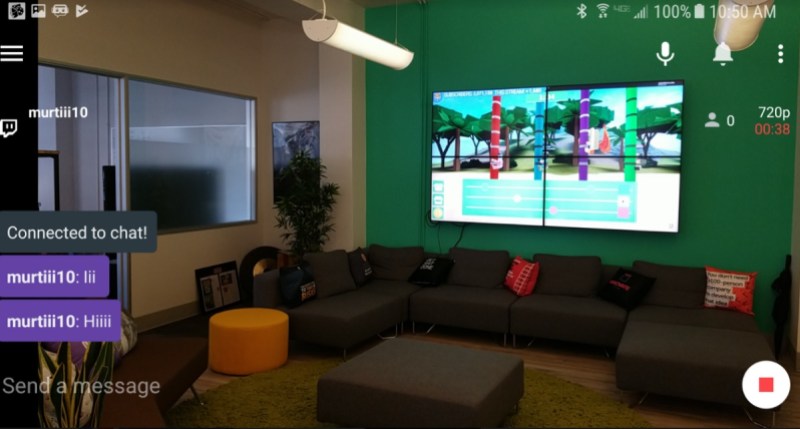 GamesBeat: On your side, do you think the introduction of new technology is going to be interesting? Something like blockchain, for example?

Moiz: We looked at it last year, with all the ICO stuff. Half of our investors are like, “Hey, why don’t you look at this?” We spent a long time considering it and we decided it wasn’t a good fit, given how mature the technology is today.

I’ll give you an example. The promise of blockchain is great. But actually using it in an application, if you look at a simple CRUD operation — Create, Read, Update, Destroy, like a database, where you store records, retrieve them, edit them, and delete them — every time you do that on a blockchain it costs money. It takes longer than it would in any database. Yes, it’s distributed, but the transactions per second is very slow. At this point it’s not practical. People are working to solve it, but today it’s not very usable.

GamesBeat: What do you think would be a more logical place to invest your resources toward coming up with better things in the future?

Moiz: We made the decision this year that every year we’ll try to reach 10X where we are, in terms of our products and quality, ease of use, value to customers, making life easier for streamers and creators. They’re really our core customers. Last year was Streamlabs OBS. This year it’s the app platform. We’re going to put most of our resources and effort behind that, because we think there’s no easy way to improve our products 10X by ourselves from here.

The way we do that is by opening it up to the rest of the world and saying, “Hey, this is a great platform you can build on. Have your products shine here.”