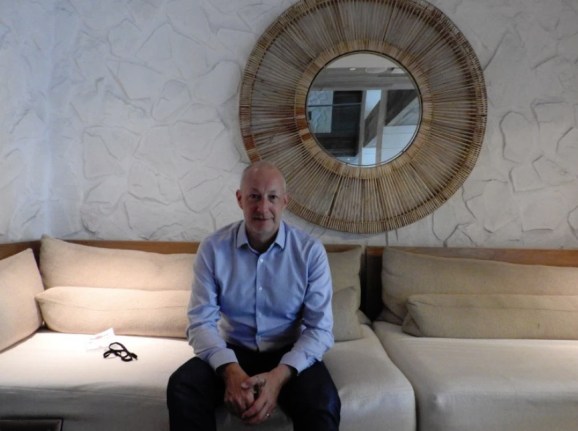 Peter Warman is CEO of Newzoo.

Esports and games have become a big business, and Newzoo tracks both. So it’s only fitting that the marker research firm has drawn its own investment interest. The Amsterdam company is announcing today that Advance Publications has acquired a majority stake in Newzoo.

As part of the agreement, Advance Publications will make a significant capital investment to accelerate Newzoo’s growth as the global leader in games and esports analytics. Financial terms were not disclosed.

We quote Newzoo often for its estimate of $137.9 billion for game industry revenues in 2018 and its estimate that esports could hit $1.4 billion by 2021.

Newzoo provides both global and country-level data. Newzoo’s clients include global game, media, and tech companies, and startups. Warman said in an interview with GamesBeat that big brands often take about a year from engaging with Newzoo and learning about the business to diving in with a major sponsorship. But Warman said he is careful to try not to overhype or underhype industries.

Advance is a family-owned group founded in 1922 that operates and invests in a broad range of media, communications and technology businesses globally. Its interests include Sports Business Journal and Leaders, with the latter focused on news and events. It also owns Condé Nast, Vogue, Vanity Fair, Gentlemen’s Quarterly (GQ), Architectural Digest (AD), The New Yorker, Condé Nast Traveler, and Wired. Advance recently embarked on a multi-billion dollar capital redeployment initiative to accelerate diversification while fostering growth and transformation.

In August, Advance announced its agreement to acquire another Amsterdam-based business, Stage Entertainment, a theatrical production company focusing on musical theatre in Europe.

As part of the partnership, Newzoo will also support the expansion of Sports Business Journal’s portfolio to include market intelligence, data and analytics for the traditional sports industry, much like Newzoo has done for games and esports.

In an email, Warman said, “Indeed, gaming will remain our key focus, including all the trends that originate from it (such as esports) and the impact these can have on other industries and markets. Newzoo’s essence will not change, the investment will simply help us be the scalable tech company we aim to be.”

Thijs Hagoort, chief financial officer and cofounder of Newzoo, was a childhood friend of Warman’s.

“We will use the investment to expand our organization and global presence, particularly in Asia and the U.S. This capital will also be used to increase investments into big data processing, machine learning, and interface technology that will power Newzoo’s upcoming services and future ambitions,” Hagoort said.

“This year we celebrated our 20th anniversary of being the market leader in sports business journalism,” said Whitney Shaw, CEO of Sports Business Journal, in a statement. “It also marked the start of a new phase for our company in terms of expansion and diversification of services. Recently, we acquired the international sports conference company Leaders and invested in The Esports Observer. Adding Newzoo to the Advance family of companies will add innovative power and capabilities to our group and help us build our sports intelligence business. Combining the data and resources that we already have at SBJ with the tech, talent and expertise of Newzoo will be amazing. I cannot wait to get started and share more about our plans in the near future.”