Fallout 76 is an online multiplayer game. It’s also a role-playing game. But it’s hard to call Bethesda Softworks‘ new project, which comes out on October 23 for PlayStation 4, Xbox One, and PC, a massively multiplayer online role-plyaing game (MMORPG). At least not in the way we recognize it in games like World of Warcraft.

I played Fallout 76 last week during a preview event that Bethesda hosted in West Virginia (GamesBeat paid for its own travel lodging). My three-hour demo focused on the earlier parts of the game, and you can read my impressions of that experience here.

Online multiplayer games need longevity to thrive. For many, the endgame is the real game. For something like World of Warcraft, this focuses on group content like Dungeons and Raids. These are instances that have multiple players coordinate to fight through challenging bosses and earn new loot (armor and weapons).

Fallout 76 does not have Raids. It has caves and instanced content that you could call dungeons, but not in the traditional MMO sense where you have five or so players fighting through bosses. You and friends may discover a cave and explore it, but that experience is much as it is in single-player games like Fallout 4. Your group can fight enemies and discover quests and items. But do not expect some kind of Raid-like scenario where you and 20 other players are shooting at a giant super mutant or something.

So, without Raids, what does Fallout 76’s endgame look like? 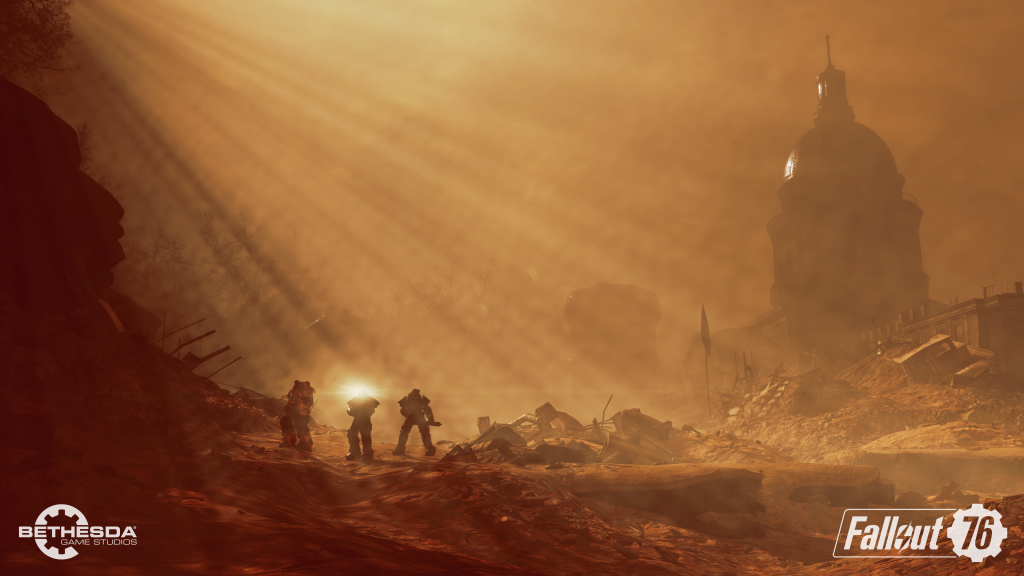 Above: A nuked world can create some interesting colors.

“The thing that’s in there right now is the nuke loop, which is an endgame scenario,” Fallout 76 design director Emil Pagliarulo told GamesBeat during a roundtable at the Bethesda event.

Nukes have always been a big part of Fallout lore. In Fallout 76 players can hunt for nuclear launch codes. If a group of players combine their codes, they can launch a nuke. This hunt for codes and then the impact of the launch make up Fallout 76’s end-game. During the end of our preview, Bethesda launched a nuke right next to us, giving an idea what the experience might look like.

“You got a taste of what a nuclear event is like,” Pagliarulo continued. “But as you get to higher levels and you can get the nuke codes and actually set one off, what that does is it changes the region that you nuke into a high-level zone. The creatures are glowing. The flora are different. That’s where you can get some of the highest level recipes and ingredients to craft the best weapons in the game. We see that as a repeatable content loop. That’s the major endgame content. I know we’ve talked about future expansion type things.” 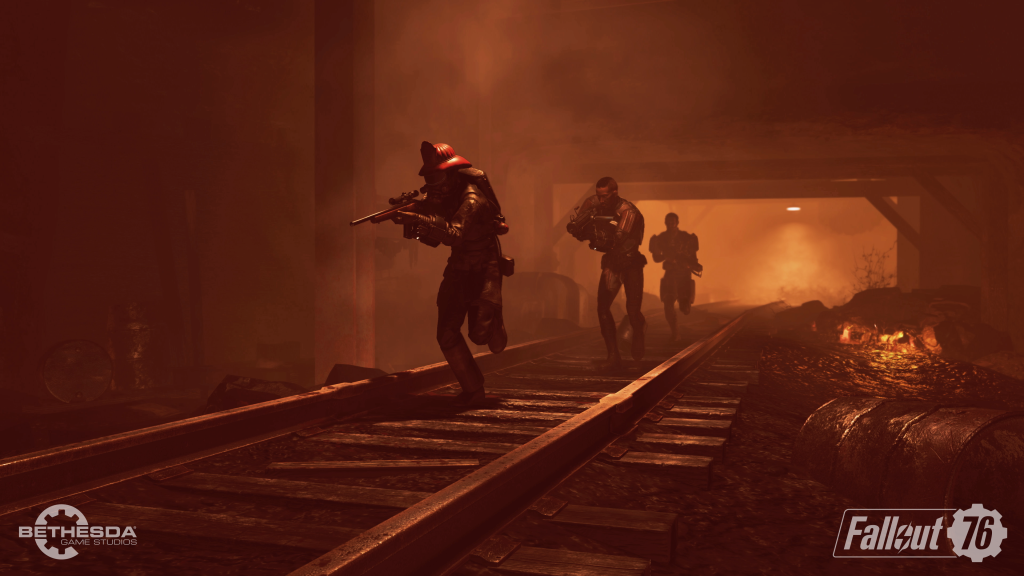 Above: “Stick together, team.”

Getting those crafting recipes — which let you make items such as weapons, clothing, and new decorations and furniture for your camps — will be the major reward system, and incentive to keep people playing. According to Bethesda, Fallout 76 has about 700,000 different recipes.

Fallout 76 is more of a sandbox than the more rigid online games like World of Warcraft. If you play through World of Warcraft’s newest expansion, Battle for Azeroth, you’re likely to have the same experience as most other players of your faction. You go through the same quests until you hit max level, then you play through Dungeons and Raids. Fallout 76 puts an emphasis on building bases and crafting, so recipes could replace gear as the main system for progression.

“Fallout 4 showed us that people loved the collection dynamic and the building dynamic,” Pagliarulo added.

Will the hunt for nukes and quests into the radiated wastelands they create be enough to keep Fallout 76 players engaged? We won’t know until months after launch. But it is doing something different, and that alone could pique the interest of players.