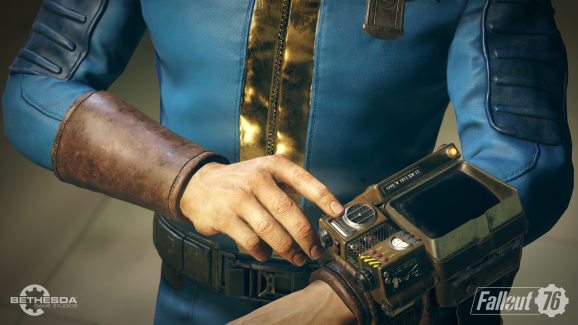 Status check? No. Items? No. How the hell do I just check the time on this stupid thing?!

Bethesda Softworks announced today that it has opened a new studio in Moscow. It will focus on marketing and sales in the Russian region.

This is a big step in Bethesda’s global expansion. The Fallout and Elder Scrolls publisher already has international publishing offices in London, Frankfurt, Paris, Eindhoven, Sydney, Hong Kong, and Tokyo. The company has its headquarters in Maryland.

The move comes as Bethesda prepares a huge slate of anticipated games. Its online multiplayer title Fallout 76 comes out on October 23 for PlayStation 4, Xbox One, and PC. Sequels to the first-person shooters Rage and Doom are coming beyond this year.

Simeon Chirikov has joined Bethesda to serve as the managing director the Russia office. Chirikov has consulted for Bethesda before, and he has worked at Wargaming and Electronic Arts.

“Simeon’s extensive knowledge of the Russian and CIS markets will help us to maximize and deliver upon all these titles’ potential,” Sean Brennan, managing director of Bethesda Europe, noted in a press release sent to GamesBeat.