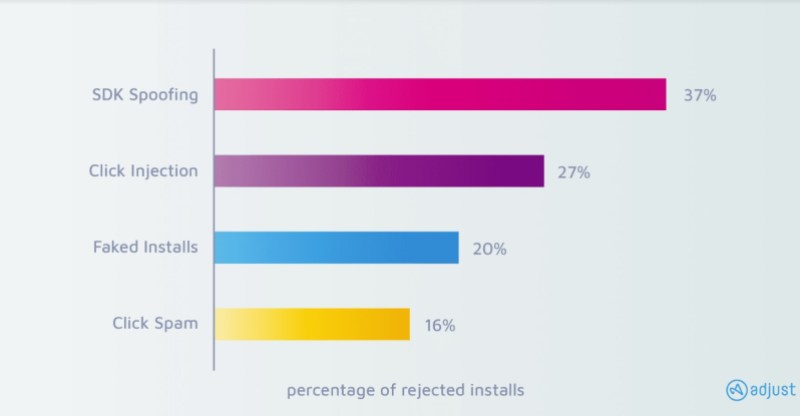 Above: Percentage of rejected installs, based on fraud.

VentureBeat: You don’t think that’s going to be a big change for everyone in the measurement space, then?

Naumann: Again, personally I don’t necessarily see it, but I can’t speak for Adjust. What they’re essentially doing is saying, “We’re the MMP running the one big exchange,” which I have an inherent problem with. That creates an internal conflict of interest. Who are they going to measure correctly if they’re also governing the whole exchange? Even if it’s blockchain, that doesn’t mean it’s a source of truth. Blockchain is inherently capitalistic in the sense of, whoever puts in the most money makes the most decisions. It’s not a 100 percent secure system from the get-go. It needs to be quite heavily governed. Unless we know how they’re doing that, it’s hard to judge what might come out of it.

In the end it’s just a big exchange that makes you pay in a different currency. I don’t know. I don’t necessarily like the idea of having a service-based currency on any service that I have to use. I don’t know what your take on that would be, but — for instance, I’m an avid gamer. I play PC games and PlayStation games. On Steam I have my Steam credit. On PlayStation I have my PlayStation credit. I can’t pay everything directly with my credit card because everything has to be translated into their credits. That’s very much in their favor.

Do I want to have an ad exchange that has its own currency with fluctuations I need to worry about? Sure, I could make a killing if I buy a million impressions today and in a year they’ve inflated to 50 times their value and I’ve pre-paid for it all. I could make a huge amount of money theoretically. But how does that help me if three years from now, the currency is far more expensive and I have to pay 10 times the price, 100 times? Is that still an exchange that’s useful to me? Not so much.

VentureBeat: You wouldn’t say it’s the best use of their investment money, then?

Naumann: It’s a great way to raise money. If the ICO goes well, that’s a huge amount of money they can use to do whatever they want. 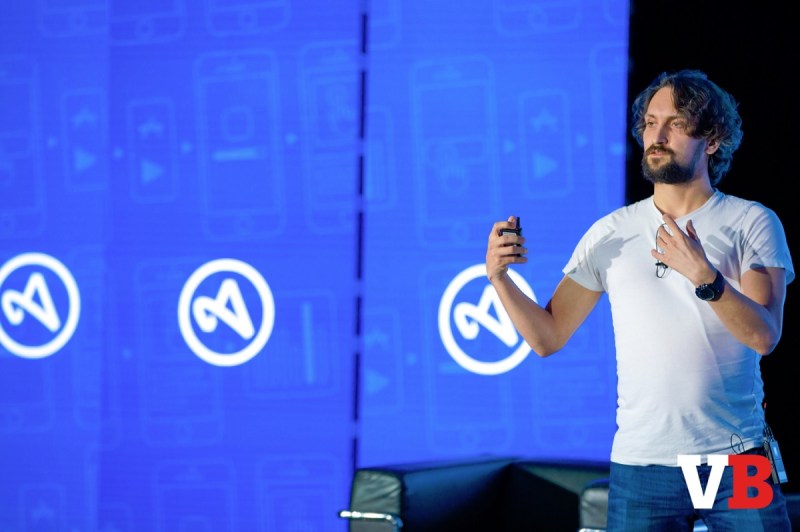 VentureBeat: What would you be investing more of your resources into now, if it’s not something like that?

Naumann: That would be a better question for Paul Muller, our CTO. I just deal with fraud. One of the things we definitely want to do is what I’d call a transparency offensive. There’s still a lot of inventory out there that’s marketed in a black box, which isn’t benefiting anyone except the guy who holds the black box and earns the money. There’s a lot of fraud hidden in there. We want to take that away by, for instance, encouraging advertisers to only work with fully transparent sources. That’s one thing we want to push through CAAF.

We want to make sure that newly created campaigns come with a couple of rule sets that nowadays are no-brainers. If I want to run a mobile-native advertising campaign, then my campaign doesn’t need fingerprinting. If it’s mobile-native, I’m going to have an advertising ID. Or in the case of iOS limited ad tracking, I’m not supposed to have anything to identify the user by. I shouldn’t even create a fingerprint.

There’s virtually no reason why any display advertisement shouldn’t have an impression attached to it. Anything that’s not a text link has an impression — any video, any interstitial. So why is there 60 percent of the traffic we see coming in without any impression data? The answer is simple: because nobody cares about it, which makes life for people spoofing click engagements so much easier. If there doesn’t have to be an impression, I can make clicks out of thin air. If I create a click, it needs to have an impression tied to it. Then I can push through my impression verification system, because I’m working with verification vendors, and the fraudsters have a much harder time making that user conversion funnel look like anything decent. That’s something we want to take away.

VentureBeat: Do you feel like the big guys are aligned with you on this? Google, Facebook, and Apple?

Naumann: [Some of them are] very approachable when it comes to fraud prevention. They never take our word for it. We have to bring data and prove that we have something. But once their engineers and product managers understand what we have found, they’re super into solving the problems. Anything fraud-related, they want to get it out of their system. There’s a big culture of anti-fraud solution-building with [some of them].