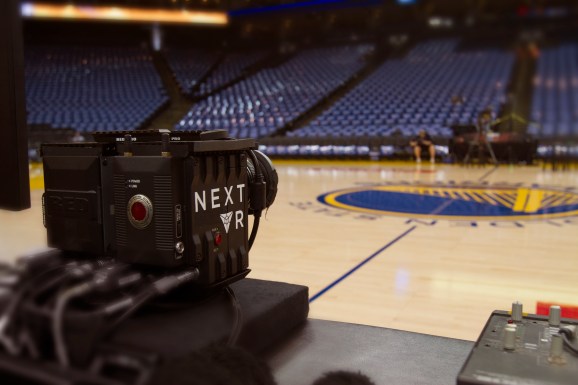 Startup NextVR is preparing to stream the 2018-2019 NBA season across all platforms.

NextVR’s focus is on live capture and streaming content in 3D, and the startup’s partnership with the NBA has offered basketball fans in VR courtside seats at games for the last couple years. NextVR’s capture and streaming technology is generally some of the best we’ve seen and executives showed a major upgrade in demos at CES in January which premiered during the NBA Finals in May. The NextVR app is now also available on every major VR platform, so if you’re an NBA fan and — particularly those with an NBA League Pass — NextVR is offering a number of reasons to think about watching games in a headset this year.

NextVR live games will be available as part of a NBA League Pass subscription, can be purchased as a standalone VR package or single game, and are included with a subscription purchased through participating video distributors or directly through the NBA.

This season, NBA Digital and NextVR are partnering with Oculus to feature NBA League Pass games in VR in Oculus Venues, where fans can connect with their friends and share the experience with a community of thousands—all LIVE in real time. Everyone who attends an NBA game in Venues will unlock an NBA team jersey for their Oculus Avatar—theirs to keep and wear with pride for the rest of the season. All NBA League Pass games in Venues are licensed by Oculus for access by users of Oculus Venues.

NextVR Screening Room Offers Every Game in a Virtual Environment

How to Experience NBA League Pass LIVE Games in NextVR

NextVR live games will be available as part of a NBA League Pass subscription, can be purchased as a stand-alone VR package or single game, and are included with a subscription purchased through participating video distributors or directly through the NBA.

The offer for 2018-2019 stands in stark contrast to startup Jaunt, which yesterday announced it was letting go “a significant portion” of its staff and “winding down a number of VR products and content services in the coming weeks.” While not directly in competition with one another, Jaunt developed 3D camera systems to capture real-world performances and environments in parallel with NextVR. According to Crunchbase, NextVR’s funding totals around $116 million while Jaunt had $100 million.

For NextVR, the 2018-2019 NBA season is looking like it will wrap up around the same time Oculus Quest starts shipping from Facebook. So with Oculus Go potentially gaining steam through the holiday season and into next year — with still more potential headsets on the horizon — it will be interesting to see how NextVR does over this transitional period.