Question: You have investments in a lot of companies and a lot of different funds at SoftBank. I’m sure you have a short-term, mid-term, and long-term view on your investments. Five years from now, what do you want Arm to be delivering to SoftBank?

Claure: From a financial performance perspective, obviously we’ve been very clear that we’re making a necessary investment in order for Arm to continue to thrive in the future, especially in an industry where we see growth everywhere. There’s not a single company we invest in where don’t see that. We’re confident in Arm’s growth and in the future of this company. As long as there’s connectivity, as long as there’s processors and sensors, Arm is going to play a role. It’s fair to say that 100 percent of our investment, we always think about how Arm can enhance it.

Now, details can change from one day to another. There’s engineering. There’s planning. There are products our companies are building, and now Arm is invited to be a part of that. If I’m not mistaken, Arm has been the largest investment that SoftBank has ever made. When you look at the style of our group, we like to invest in order to generate rewards in the future. That’s how we see the Arm investment today. But we also see Arm as the center of the ecosystem of all of our portfolio companies, and we’re figuring out what role Arm can play there. 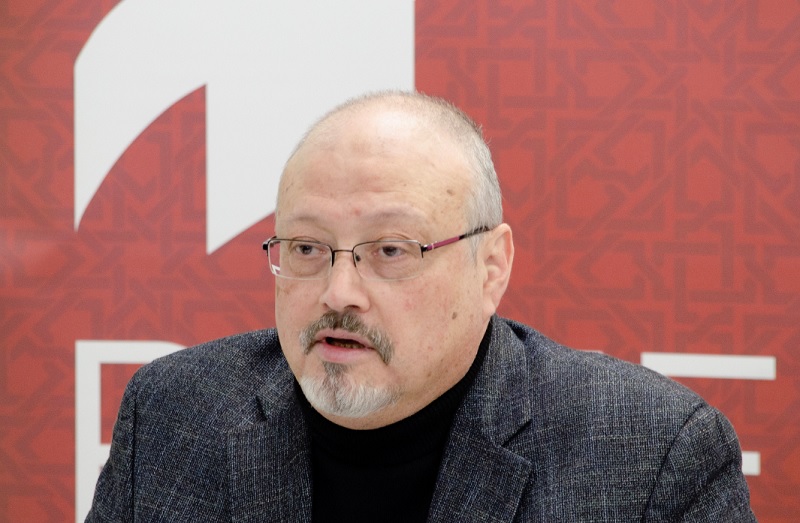 Above: Jamal Khashoggi was a Washington Post journalist murdered in Turkey.

Question: Recently, the issue of the missing journalist [Jamal Khashoggi, now confirmed as killed in ‘fight’ at the Saudi consulate in Turkey] has caused criticism for Saudi Arabia. SoftBank has a lot of relationships with Saudi. What impact are you feeling in the future for the strategy of SoftBank?

Claure: We like most businesses in the world are looking at the situation unfolding. Based on that, we’re going to make decisions in the future. At this point in time, I think that, with most companies that have relationships with Saudi Arabia, are watching the developments. There are developments every hour, these days. We are just monitoring. And to be fair to Simon and myself, I would say that is being monitored mostly on the SoftBank side, than Simon, who runs the company that we own.

Don Clark of the New York Times: Do you have confidence in what the Saudi’s will tell you about that?

ARM PR: So Don, I’d like to interject here that we need to keep the conversation more focused on what is going on at ARM TechCon day. Like Marcelo said, it is kind of too soon for us to start saying beyond what we’ve said.

Richard Waters of the Financial Times: It is kind of the elephant in the room. We are journalists. We’re not going to stand here and talk about the weather. (laughter).

ARM PR: Understand, but it’s still premature to go into any depth there.

Waters: Sorry Don. I have a question.

ARM PR: Guys, we are not going to keep going down this road here.

Waters: One question. Are we not allowed to follow up to one question? We are not in Saudi Arabia. We are in the United States. This is a serious point. Open journalism is a serious part of this democracy. Do you really think we’re going to shut this down after one question? It’s just nonsense.

Waters: So my question is what impact have you seen so far from the Saudi situation? Has it slowed the closing of any investments you are trying to make? Is the situation not actually acting right now but just waiting? What does that mean for your investments with your Vision Fund?

Waters: Is that part of your business currently on hold, then, while you’re waiting to see how the situation unfolds?

Claure: We don’t want to say it is on hold. What we’re saying is we’re monitoring what’s happening. We’re like journalists right now. We’re anxiously looking at what’s happening in the news like everybody else. It’s too early for us to have a judgment on it. 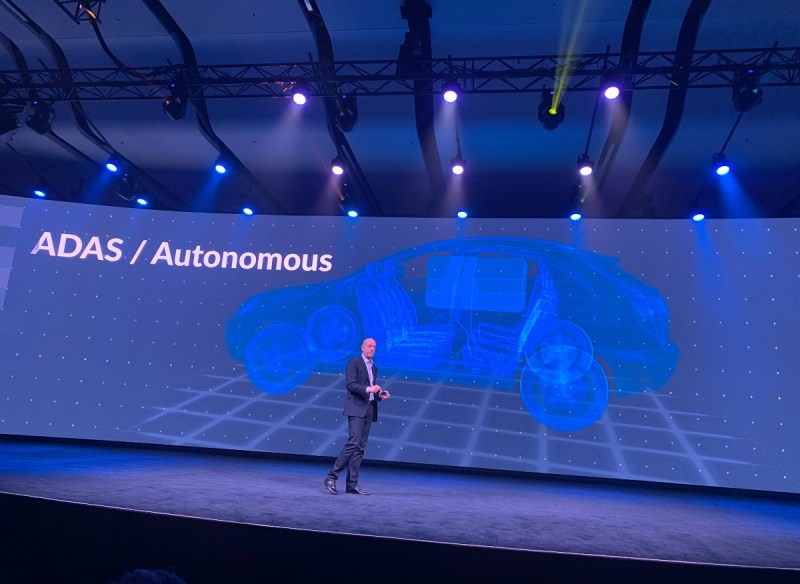 Waters: What about the second Vision Fund? Is that something that will be on the back burner until this gets resolved?

Claure: We’d rather not comment on when we plan to launch the second Vision Fund. I think neither Masa nor myself has set a specific date. We have conversations in the future. Obviously we have a fund that’s performing quite well, and like every other company in the asset management world, we’re looking at prospective funds that we might decide to raise in the future, but there’s no certainty. We don’t have a date. We haven’t done fundraising for now.

Waters: How do you assess political risk overall at SoftBank?

Claure: That is one question?

ARM PR: I think we’ve gone beyond the one follow-up question. So ….

Waters: Well I was going to ask about CFIUS [the Committee on Foreign Investment in the U.S.], actually. Obviously, the position in the U.S. has changed substantially in terms of investing in technology, taking a stricter look at foreign investment. How do you think that impacts you? How do you assess your position relative to that?

Claure: Based on what has happened?

Waters: The U.S. is obviously taking a stricter look about foreign investment in technology companies here. I wonder how you see the political risk in the U.S., and obviously Saudi Arabia plays into that.

Claure: We have a great relationship with the U.S. government. We’re one of the largest foreign investors in the U.S. We’ve always had an open and transparent relationship with CFIUS. That started with the Sprint era, where the Sprint/CFIUS contract is often highlighted as the way private enterprise should work with the U.S. government as far as transparency. We let them know ahead of time what we’re thinking and where we’re investing and the government is pretty straightforward with us. If anything were to change with that relationship, we’ll let you know.

Question: When Masa talked about the singularity as his 30-year goal, building AI into something better than humanity–you followed up with this comment about “a million times better.” That suggests that this isn’t just pie in the sky, but this is also something related to a lot of calculations you’re doing. How serious is that figure looming in your expectations, carrying it back to what’s possible today?
Claure: When you look at the exponential growth of memory, speed, processing power, and you compound it all together, yes, you’re talking about enormous numbers. Today we’re starting to see some of our businesses leverage the amount of data we have to make faster, more intelligent decisions. Those are the businesses we’re investing in. We’re investing in businesses that have AI platforms that give them a competitive advantage over the rest.

That is the fundamental belief behind much of our investment. We want to invest in businesses that have the ability to use AI as a competitive advantage, and that currently use platforms that allow them to do that. That’s fundamental. The more you hear Masa speak, you’ll hear that AI is the foundation of everything we do.

Question: Does that number also mean something for what you have to hit as far as targets go?
Segers: When you look at the combined computing power that’s been delivered so far–there are billions of smartphones being used today. I don’t know how many data center servers there are up in the U.S. so far, but if you multiply that by the compute power, it’s enormous. The amount of additional devices that we anticipate being deployed, you add all that compute power together, it’s phenomenal. Then, when you couple that with the impacts that come from the network connectivity, the additional memory, and the algorithm development, that combined compute power, the intelligence that’s spread across that network, that’s going to be quite extraordinary.

It isn’t driving at a target. It’s more of an output, almost, than an input. But it is the result of all the work we’re talking about here.

Question: Who do you see as the ultimate customer of Neoverse? In the same way that the Cortex-As are used by people who have smartphones. Is it going to just be cloud giants? Is it going to on-premise enterprise IT? What kind of customer will use that as you go up the road map?
Segers: “Yes” is the answer to that question. Cortex is used in lots of applications. There’s probably one that camera on the desk there. A large focus for the development of Cortex-A has been smartphones, but it gets used in lots of places.

Neoverse is looking at the enterprise side. If you think of Cortex being about end points, whether it’s a camera or a phone or a TV or an IOT device, Neoverse is about the infrastructure. Picture seeing the processor doing the error detection and correction that you need in a network or in a data center. You don’t want to point an end point device there. It’s more silicon. It’s more power. It’s complexity you don’t need.

That’s led us toward a feature difference between the way we think about the engine and the infrastructure. There are performance point differences. The way you want to scale the architecture might be different. That’s led us to thinking about this class of application in different ways. The customers might be building chips or building systems for the data center, or for the network, or for the edge of network computing resources that need to exist over time.