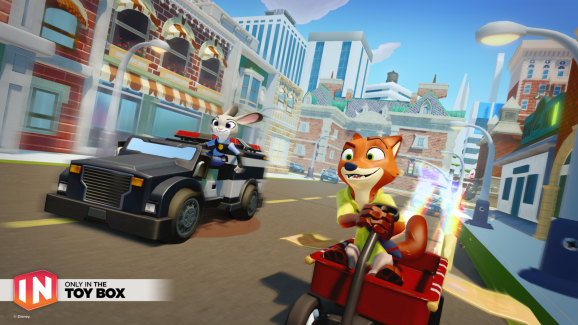 John Vignocchi announced on his Twitter today that he is joining Gearbox Publishing to become executive producer on “a new tentpole franchise.” We do not know what that project will be.

Big news! Excited to announce I am joining the merry band of misfits at Gearbox Publishing. I’ll be taking the reins as Executive Producer on a new tent-pole franchise for the company!!! pic.twitter.com/vINnQkgVez

Vignocchi served as the executive producer on the Disney Infinity series of toys-to-life games until Disney canceled the franchise in 2016. Vignocchi was also the vice president of production at Disney Interactive from 2012 to 2016.

We’ve reached out to Gearbox Publishing for comment and will update this story if it responds.

Borderlands is Gearbox’s biggest franchise. That RPG/shooter’s last entry, the Pre-Sequel, came out in 2014. The Boderlands series has sold over 26 million games. 2016’s Battleborn was a big Gearbox project that combined shooter and multiplayer online battle arena elements, but it struggled to find an audience. Gearbox released the final update for Battleborn in October 2017.

2K published the Borderlands series and Battleborn for Gearbox, but Gearbox started its own publishing arm in 2016. Gearbox Publishing has also released recent titles like the dystopian We Happy Few and the cooperative shooter Earthfall.

Vignocchi has noted on Twitter that his team “will be working on something that we hope will surprise and delight gamers of all ages; whether you’re six or sixty … .” Considering Vignocchi’s history with Disney and the family-friendly Infinity series, it makes sense he would be in charge of a project designed for all ages.