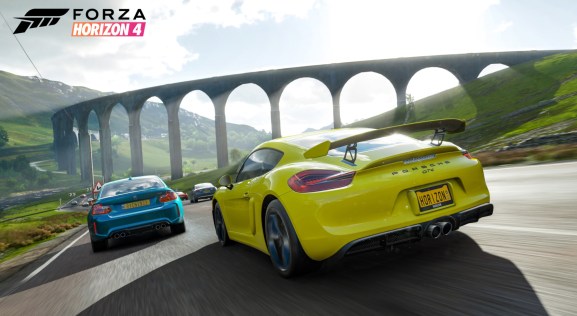 Forza Horizon 4 will have dynamic weather and seasons.

Forza Horizon 4 had the best launch in the franchise’s 13-year history, market researcher The NPD Group reported today. The open-world racing game launched on October 2 for Xbox One and PC. The NPD Group’s latest report on U.S. game sales covers the period from September 2 to October 6. During that time, Forza Horizon 4 was the No. 7 best-selling game.

Forza Horizon 4 broke the series record in terms of dollar sales. The racing game is offered as part of Microsoft’s Xbox Game Pass, a monthly subscription that gives you download access to titles like Forza Horizon 4. But even though people could access the game through that service, Forza Horizon 4 still sold better than other game in the series.

This is good news for Microsoft, as Forza Horizon 4 is Xbox One’s biggest console elusive for the rest of the year. Its success could drive console sales during the holidays. But compared to PlayStation 4, which launched its exclusive game Marvel’s Spider-Man on September 7, the Xbox One is lagging behind on software. Marvel’s Spider-Man was the No. 1 selling game for the month.

Microsoft knows that it needs to step up first-party support, and it has purchased studios this year like Forza maker PlayGround Games. Microsoft has also acquired Hellblade: Senua’s Sacrifice developer Ninja Theory, and it is reportedly close to buying RPG experts Obsidian.