Well-financed wearables company Thalmic Labs is no more — the Canadian startup today announced that it will henceforth be known as North. But more important than that, North finally unveiled its second product: holographic smart glasses.

Called Focals, the new custom-built wearables sport lenses with a built-in display showing you information from your phone, such as messages, weather forecasts, turn-by-turn directions, and more. Additionally, you can order an Uber, get calendar notifications, and request all manner of information by asking Alexa.

The joy of specs

The launch comes two years after North raised a chunky $120 million in funding from Amazon’s Alexa Fund, Intel Capital, and Fidelity Investments Canada, with the Ontario-based startup revealing at the time that the money would be used to build new products.

So far, North has really only had one public-facing product to speak of — the $200 Myo armband, which is a gesture- and motion-guided device capable of enabling amputees to control a prosthetic hand, or surgeons to navigate screens while carrying out complicated surgery. DJ Armin van Buuren also used Myo armbands to control effects and lights on stage.

Two weeks ago, however, North revealed that it was ceasing sales of the Myo armband as the company looked to put its “full attention and focus” into a new product. Rumors started to circulate last month that North was working on new smart glasses after ads started showing up in New York and Toronto. Now, having spoken in-depth with North CEO and cofounder Stephen Lake, VentureBeat can reveal the full ins and outs of what North has been cooking up.

Focals connect via Bluetooth with Android and iOS devices, but they also require an additional piece of hardware that North is calling Loop — a little ring that you wear on your finger that lets you interact with the glasses by clicking. 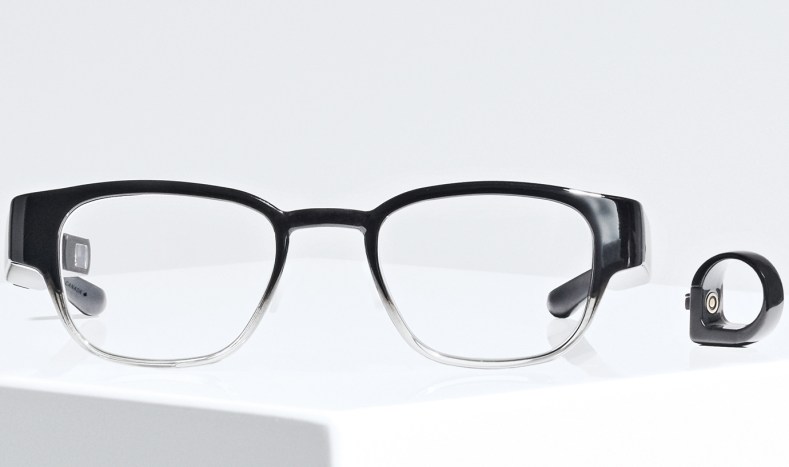 Above: “Classic” Focals with Loop

The spectacles’ computer is embedded in one of the temples, with a little retinal projector protruding from the side.

It also sports a built-in mic so you can ask Alexa questions, with information displayed either directly in your field-of-vision or broadcast via a little speaker.

As one of the major investors in its last round of funding, it’s interesting to see Amazon work directly with North to integrate its technology. Amazon previously developed a custom Alexa experience that’s suitable for smart glasses, and it debuted this technology in a pair of AR glasses from Vuzix earlier this year. With that in mind, Vuzix actually announced the consumer availability of its Blade AR glasses last week, though it’s not clear whether Alexa will be part of the product when they go on sale next month.

North is opening preorders for Focals from today for $999, and they are available in two styles (classic and round) and three colors (black, tortoise, and grey). Given that North requires each pair of glasses to be customized for the wearer, you are not able to order these online as you can most connected gadgets these days. You will definitely have to book an appointment to visit one of the company’s two brick-and-mortar showrooms, which are located at 109 Ossington Street, Toronto; and 178 Court Street, Brooklyn, in New York City.

“Eyewear is incredibly personal — when you buy glasses, you’re weighing a combination of fit and personal expression to find the perfect pair for you,” Lake said. “That process is very much at odds with how consumer electronics are built and sold today.”

As with just about any electronic gadgetry these days, battery life will be a key consideration for would-be Focals customers — especially if they’re doling out 999 of their hard-earned dollars. Lake said that the glasses will last 18 hours on a single charge under “standard use,” while Loop will last considerably longer. The bundled carry case doubles as the charger for the Focals and Loop. 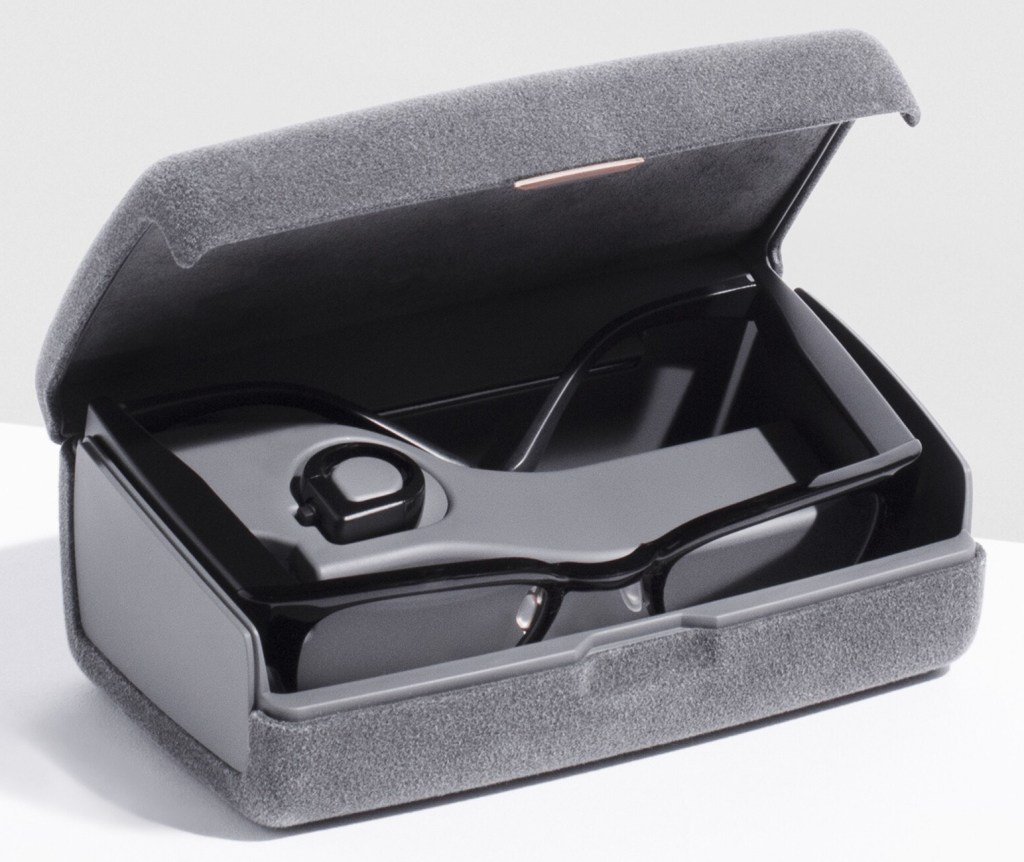 Above: Focals: Just in case

North isn’t the first company to attempt a product like Focals. Google offered what is arguably the most well-known of Focals predecessors in the form of Google Glass, though that product is more or less dead — despite a firmware update that was apparently rolled out last year.

Above: Google Glass with prescription lenses

But Google Glass, even in its prime, wasn’t the most elegant solution. And this is something that North is striving to remedy — it wants to create something that you would actually want to wear.

“Others have tried and failed to create smart glasses people love, because they built a computer to wear on your face and made them glasses as an afterthought,” Lake said. “We did it the other way around. We designed Focals to be glasses first and invented new technology that we could conceal inside.”

Intel was also working on a similar smart glasses project called Vaunt, but it announced earlier this year it was closing that business down.

Lake told VentureBeat that one of the reasons his company started to work on smart glasses was due to their experiences with the Myo armband. One of the Myo’s proposed use cases was integration with third-party smart glasses such as Google Glass, with the armband used to control on-screen information in industrial settings. But Thalmic Labs often found the experience to be sub-par, which is partly why it shifted focus to improving smart glasses as an interface.

With the Myo armband now dead, and a new name and consumer product under its belt, North is setting out to make its mark in a category that has yet to really gather steam. Will consumers pay $999 for the privilege of leaving their phone in their pocket? The jury is still out on that one.