Brock Pierce is a blockchain billionaire, one of the people who got into cryptocurrency when Bitcoin was in its infancy. In fact, he mined his first 50,000 Bitcoins at almost no cost. And then, he misplaced the hard drive, losing out on something like $320 million at today’s Bitcoin price.

But Pierce shrugs it off, as he was way ahead of the game in other ways, seeing the potential of blockchain — a transparent and secure decentralized ledger — and cryptocurrency, a digital currency which uses encryption and blockchain to securely regulate the currency and verify the transfer of funds. Pierce has been one of the pioneers of crypto, and Forbes pegged him at No. 9 in cryptocurrency wealth with holdings of about $1 billion — an amount he has pledged to give away to charity. I interviewed him at the CoinAgenda cryptocurrency event in Las Vegas.

Now 37, Pierce was a child actor in The Mighty Ducks film. He went on to get involved with the founder of Digital Entertainment Network, an early Internet entertainment company, and there (still a teen at the time), he was caught up in a controversy where his friend and CEO Marc Collins-Rector, who was accused of sexually abusing male teens. (The full description of the case is described here.) Pierce said in our interview that he was innocent in that controversy, but it has dogged him ever since and made doing business difficult. Just about every article written about him generates comments about his alleged sex abuse connection.

“I was dealt a really difficult hand at a young age for not having done anything wrong. Just by association and then, really bad, irresponsible journalism,” he said.

Pierce went on to be a player in online gambling, video games, and social casino games. I crossed paths with him in 2012 when he was running Playsino, a social casino games company, and the Clearstone Global Gaming Fund. I recall he was increasingly distracted by Bitcoin at the time, and in 2013, he cofounded Blockchain Capital, which raised money to invest in a large number of blockchain startups. In 2017, he was a shareholder and adviser for Block.one, which held an initial coin offering (ICO) and sold $700 million worth of its EOS coins. EOS tokens are now valued at around $4.9 billion. He was also an investor in Tether, which like EOS is also one of the largest digital currencies in the $350 billion cryptocurrency market. He left Block.one in March 2018.

He was named chairman of the Bitcoin Foundation, and he is still excited about crypto, despite the fact that ICOs have dried up due to regulatory concerns and a fall in the price of cryptocurrencies. In fact, in a fireside chat at CoinAgenda, he said he expects the securitization of the world’s assets via cryptocurrency will be a “quadrillion dollar market” — or the “biggest market that’s ever been.” And he says that cryptocurrency crowdfunding could mean the death of venture capital as we know it.

After Hurricane Maria hit Puerto Rico, he moved to the island and pledged to help it recover. He and many other crypto investors want to turn the island into a cryptocurrency utopia, not the least because it has favorable tax policies for crypto investments. He is spearheading Restart and Puerto Crypto events on the island. And Pierce is once again excited about games because of the impact that blockchain and crypto can have on the existing game business. 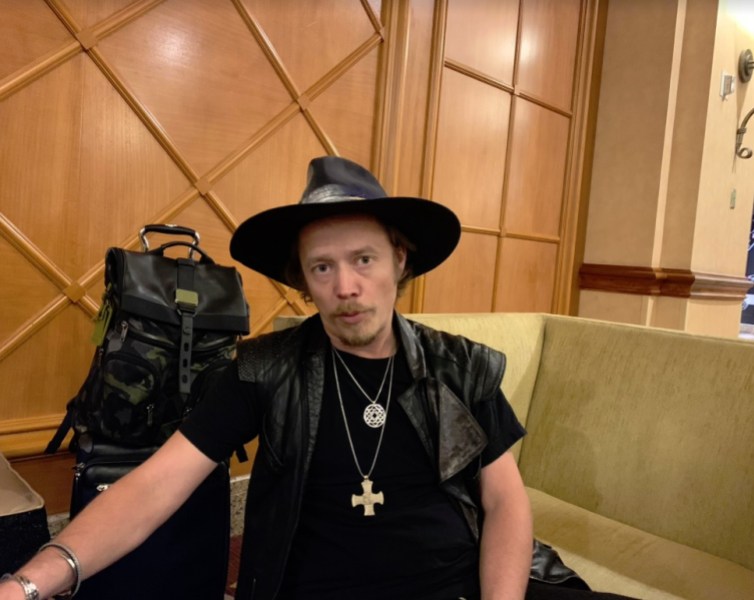 Above: Brock Pierce arrived for a whirlwind trip in Las Vegas for CoinAgenda.

GamesBeat: It seems like your whole life has been an adventure.

Brock Pierce: I live life like it’s a role-playing game [laughs]. I even have the uniform.

GamesBeat: The Mighty Ducks to virtual goods to social casino games and Bitcoin.

Pierce: Lots of things. I continually reinvent myself. It keeps things interesting.

GamesBeat: I remember, back when you were doing Playsino — you said you bought a lot of Bitcoin, and then, you couldn’t remember where the documentation was?

Pierce: Yeah, my first Bitcoins. The original position, I never found. But that’s neither here nor there. It’s kind of tuition. Most everyone, you either have it stolen from you or you lose it. That’s what happens. Especially back then. You didn’t have any of the infrastructure, any of the apps, any of the tools to manage it.

GamesBeat: But you bought in at a matter of cents?

Pierce: You didn’t really “buy in” in the early days. You mined it. If you were a gamer, you actually had good computers for mining. You’d just flip on your Alienware or whatever it is with a serious graphics card and that was good enough, back before you needed specialized hardware, whole farms of it.

GamesBeat: When was that?

Pierce: It would have been very late 2009, early 2010, when I started playing around with it. But I wasn’t very active in the first couple of years. My view was that Bitcoin or something like it was the future. I just didn’t know when the future was. It wasn’t until 2012 that it became a big part of my focus. That’s when I started migrating out of my gaming things. That’s more or less the time when you stopped seeing me.

GamesBeat: You stopped going to the game conferences, yeah. I never caught on, though. “What is this Bitcoin thing, and why is Brock so excited about it?”

Pierce: I’d been doing digital currency and games for a long time.

GamesBeat: Was it more based on the people you circulated with? This was becoming something they talked about?

Pierce: A small number of them, yeah. But I ended up educating most of the people I know. I wish there had been more people educating me. It’s nice when you have friends that say, “Hey, look at this.”

Pierce: Yeah, by 2013, I was forming a new company every 45 days. I was basically operating like an incubator. 2012 was mostly mining and studying what to do. A lot of it was spent being worried about its legal status. I spent a good six months thinking, “Wow, I’d be the highest-profile person in this industry that, reputationally, is only known for Silk Road and drugs. If they’re going to go after someone, which they might, I’d be the target.” Other than the Winklevoss brothers, who came in around that time as well.

But I spent a lot of time trying to think about how regulation might emerge. In the end, I got comfortable and became very public. I just decided that I wasn’t going to do any business in the United States. I’d have lawyers look at everything very carefully. My attitude is, if you play by the rules, dot your Is, cross your Ts, and avoid the U.S., everything should be OK. And then, the market obviously progressed. The media started writing about more than just the sensational use cases of the technology, as people became better educated. Obviously, that’s continued. 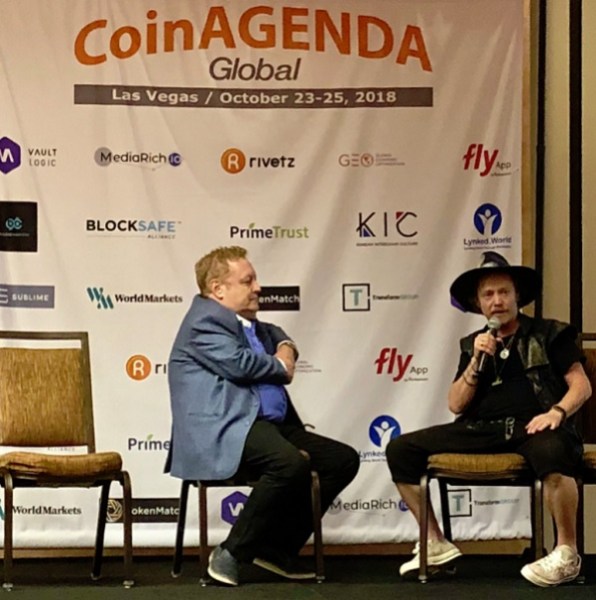 GamesBeat: Did you detect a turning point, when it became more legit?

Pierce: From my perspective, that was 2012. But it all depends on your definition of that mark. I could make an argument on the other hand that we’re still not there yet. The big thing is what’s happening right now. Literally, in the last month, is the first time we’ve had a real blockchain functioning that you can build consumer applications on. The last 10 years have been the prototyping.

Think of it, in the days of the Internet, like the 1970s, 1980s, up until 1995. The last 10 years have essentially been building out the backend infrastructure so we can start to do real interesting scalable things with this technology. Call it the beginning of the consumer Internet. We’ve just begun that phase. Very few people, even in my industry, realize that.