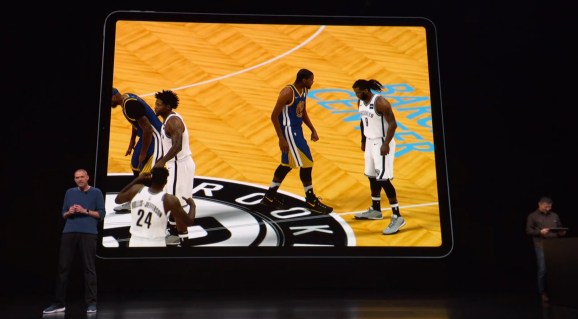 NBA 2K is coming to Apple’s new iPad Pro, and 2K is claiming that this version will match the quality of the series’ console releases.

The iPad version is rendering over 6 million pixels and runs at 60 frames-per-second, a sweet spot for games. An on-stage demo during Apple’s iPad event today showed off impressive visuals. We’ve had mobile versions of NBA 2K before, but they’ve never looked this good.

The new iPad Pro is sporting some intense specs with 8 cores, and the A12X Bionic promises a 90 percent increase in CPU performance and 2X performance in GPU performance. According to Apple, this makes it as powerful as an Xbox One S.

NBA 2K releases a new game every year, and that title is always among the year’s best-selling. NBA 2K19 came out on September 7 and is the top sports game of the year in the U.S., and it has had the best launch in the franchise’s history.