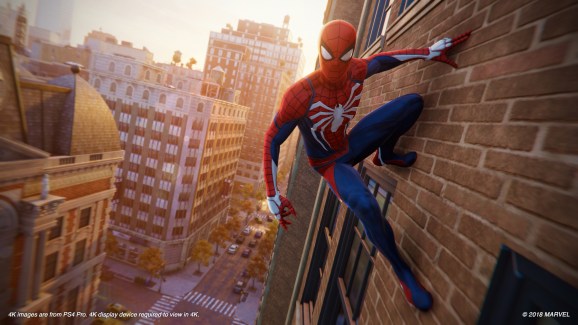 Doing what a spider can.

Sony’s game and network services division grew revenues 27 percent in the second fiscal quarter ended September 30, the Japanese electronics company reported Monday night. Sony also raised its forecasts slightly higher than it estimated in July. As a result, the overall revenues for the whole company are expected to be higher.

In the second quarter, Sony said it sold 3.9 million PlayStation 4 consoles. Sony is benefiting from strong sales of Spider-Man, which sold 3.3 million units in its first three days in September. It is also likely to benefit from strong demand for third-party games such as Red Dead Redemption 2, Call of Duty: Black Ops 4, and Battlefield V.