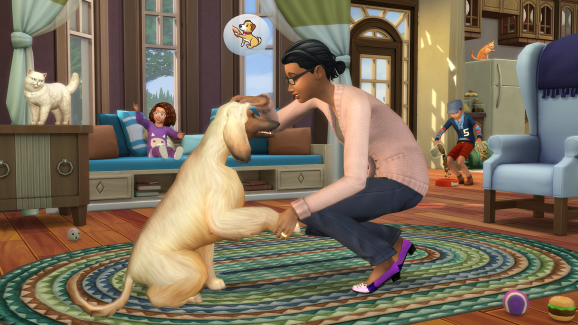 Electronic Arts announced today during its earnings report for the second quarter that The Sims 4‘s expansion packs have been downloaded 30 million times by the game’s players.

The Sims 4 launched for PC in 2014, with the Xbox One version following in 2017. EA also noted that monthly average players has grown for the home-building and life-simulating game year-over-year. In 2017, EA said that The Sims 4 had a 20 percent surge in monthly players compared to 2016. The base game of the Sims 4 has sold over 10 million copies, meaning that the average player has downloaded about three expansions.

The Sims 4 has had five expansions since its launch. The latest one, Seasons, came out for PC on June 22. It introduces new weather and seasons systems.

A sixth expansion, Get Famous, is coming out November 16. It gives players access to acting and social media careers, and the expansion will add new luxury items to help you fill out your mansion.

The Sims has had a long life thanks to constant support from content drops like these expansions. They’ve kept the game’s community healthy, which is why players are still downloading them.