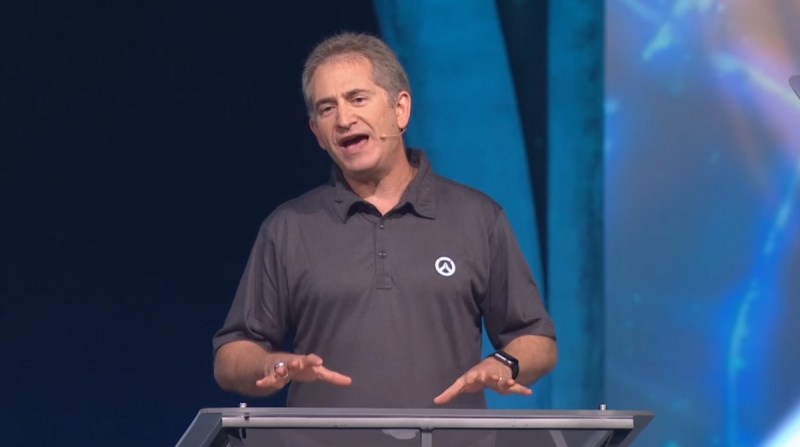 Above: J. Allen Brack is taking over from Mike Morhaime as CEO at Blizzard Entertainment.

GamesBeat: It seems like a common management challenge across all of the industry, to find out what your employees believe your culture to be.

Brack: I totally agree with that. One thing that Mike has had for many years, and I had when I had my old job on the WoW team, was a dropbox that could be anonymous. Anyone who wanted to let me something — Mike had the same thing, so that employees could email him. We do an annual employee opinion survey that’s anonymous, to really get at the truth of what people think when they have no reason other than try to articulate how we should make things better.

GamesBeat: When it comes to diversity, the thing that seemed obvious to me was that Blizzard stood out. Mike spoke up and put himself out there a couple of times, talking about, “Can we get along better? Can we behave better?” Trying to lead gamers in that direction at times when it seemed a little scary to do that.

Brack: I agree. This is an important issue for me. I grew up in a household where Gloria Steinem was one of the patron saints of the Brack family. Not only are we going to continue to talk about the things that Mike has done up to this point, but we’re going to push even more going forward.

GamesBeat: If you think about how far back this goes, where do you think it comes from? In Mike, did you see where some of that came from for him personally? Did he try to instill the management team with some of this core belief or core concern for things like diversity?

Brack: I don’t recall us ever talking about why this was important to him. We always just connected on — this is just the right thing to do, so how do we want to tackle it? Something I talked about with my leadership back in my old job, and that Mike talked to his leadership team around — we would have regular check-ins with different groups.

Going back to your comment on how you know what the culture is, I think you have to do everything you can. But the first thing you have to is make it safe for people to talk to you. If people don’t feel like they have a voice or the ability to speak up in the way you want them to, you can end up being a little blind. That’s where we spent a lot of time and energy, just making sure that there were lots of different avenues, lots of ways for people to come forward. Either named, if they’d like to be, or anonymous if they would not.

GamesBeat: Have any employees come to you and asked, “Hey, do you believe the same things that Mike does?” Especially on this front, or across a lot of other things. Do you feel you’re different in some way too?

Brack: On this issue specifically, there have been people who’ve reached out to other team members or other leads on the WoW team to say, “Where is J. on this type of issue?” I haven’t had anyone specifically come to me and ask what I think. But I did wear a special pin during my opening ceremony piece last year at Blizzcon. That probably gave me some intentional and unintentional credit.

In terms of how I think — Mike is a great human. You’ve known him for a very long time. It’s easy to see that he’s just a good person. He’s very values-driven. He’s always going to try to do the right thing. He’s been a mentor and a good friend to me for my time here. There are a lot of things in terms of values and how we approach things that are going to be very similar.

The thing that I would say is, Mike has done a great job of getting us to this point. One thing we’ve talked about internally is wanting Blizzard to outlive all of us. That’s something Frank has said very passionately. If you think about Disney and the legacy it has left — I don’t think Walt Disney could have ever imagined what Disney has become. But there is this thought of, how do we let Blizzard IPs, Blizzard stories, Blizzard characters, and Blizzard games, present and future, outlive all of us?

In order for that to happen, Mike and everyone else has to move on. Going to back to the idea that Blizzard is bigger than all of us — that supports the idea that eventually all of us will move on and we want Blizzard to have a life beyond that. 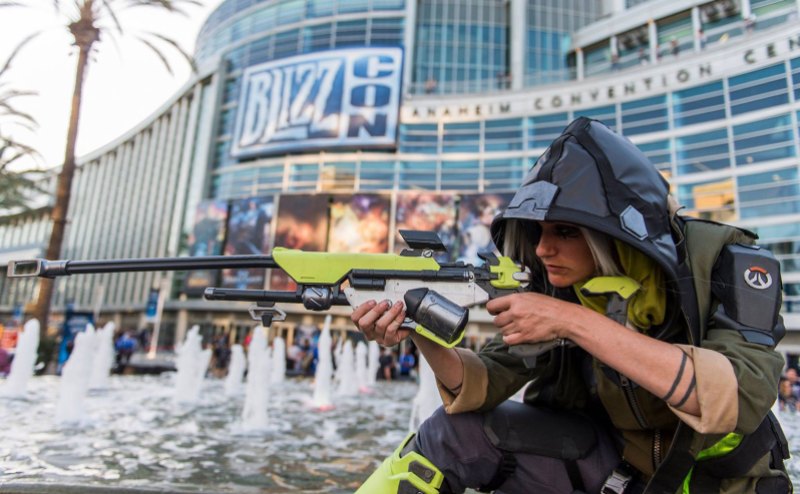 Above: Overwatch is one of Blizzard’s big hits.

GamesBeat: I don’t know if the comment about how Blizzard is boring — the one that surfaced amid the Riot stuff — was ever something you had to address before. I think of game companies as exciting places to work, but when they get big, I don’t know what they’re like.

Brack: Obviously I have a different view. I think Blizzard is awesome. I’ve been here, like I said, almost 14 years. It’s a great place I love. I love the games. I love the people. I love the values and the things we’re trying to do. The level we’re able to operate at is amazing. That’s my review. [Laughs]

GamesBeat: I always thought it was a painful culture in some ways, in that you work very hard on your games, but if they didn’t meet the standards you had, you’d kill them. I thought about how sad that would be for the creators who work so hard on something, to have it killed. Have you had to come to terms with that yourself?

It’s painful whenever things don’t make it, or when we need to reset, or when we need to come back and come at it a different way. But the highest priority is always trying to make the thing great. That’s what we all know we’re trying to do. There’s emotional pain that you have to go through as part of that process, but everyone has the same goal. Everyone is in line. We all want to make something great. If it can’t be there, if there’s a consensus that it’s not ever going to be there — it’s an opportunity, right? Now you can start working on something that is going to be great.

GamesBeat: I thought it was interesting that Supercell cited Blizzard when it talked about the same kind of culture that they have, trying to iterate like that and kill the games that aren’t cutting it. Blizzard’s culture has spread in some way.

Brack: There are a lot of people who are big fans of Supercell here — not only for the games they’ve made, but the success they’ve had and the cultural pieces that they’ve embraced around iteration. They do a really good job of iterating on their games, just trying to continue to make things better over time. That’s been the model for how the really successful mobile teams have worked. There’s a lot of philosophies on how you want to be successful in mobile, but that rapid iteration, rapid turnaround, is key to all of them.