Microsoft today released a new Windows 10 preview with improvements to the sign-in options, SwiftKey, input, accessibility, Snip & Sketch, and Sticky Notes. This build is from the 19H1 branch, which will arrive in the first half of next year. 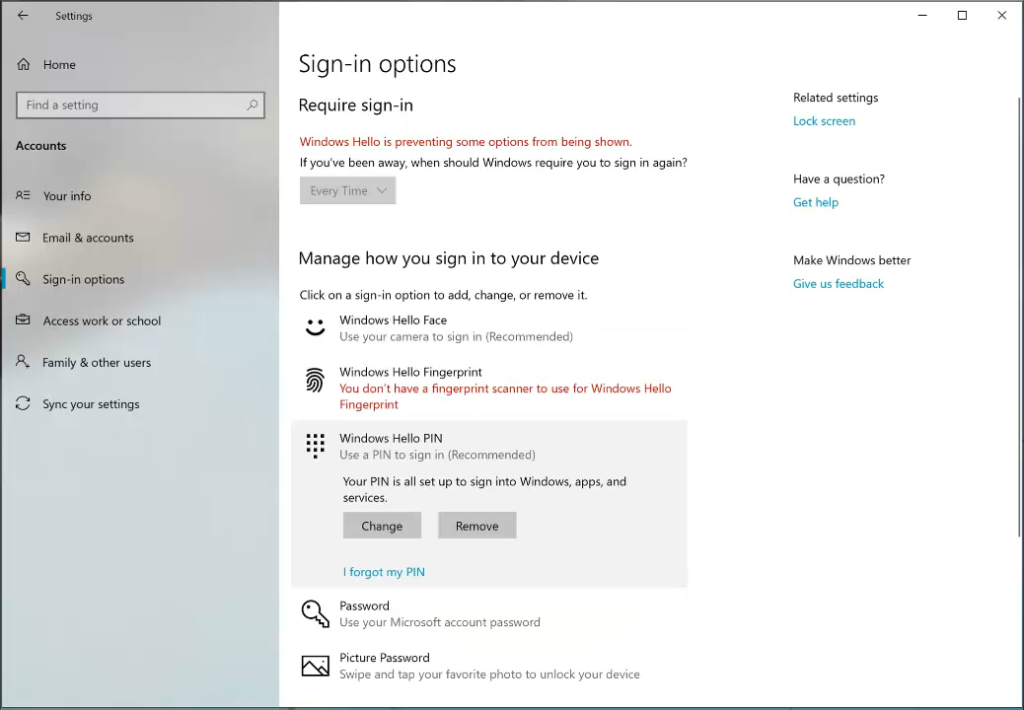 The sign-in options have been simplified to help users choose the safest and fastest sign-in option for their needs. The team believes that by “condensing each sign-in option into a list that explains individual properties and next step for setup,” users will feel more informed. But really, Microsoft just wants you to use Windows Hello and help it kill the password.

Other input improvements include the addition of Indic Phonetic keyboards for Hindi, Bangla, Tamil, Marathi, Punjabi, Gujarati, Odia, Telugu, Kannada, and Malayalam. As you type using the English QWERTY keyboard, Windows 10 uses transliteration to suggest possible Indic text candidates. You’ll have to add the Indic language in Settings, as well as downloading the Indic Phonetic keyboards.

As for accessibility improvements, the Narrator will now alert you when you are accidentally typing with Caps Lock turned on. The setting is on by default, but you can turn it off (Ctrl + Win + N, and hit the “Change when you receive Caps Lock warnings while typing” box).

Snip & Sketch now lets you add a border to your screenshots, lets you print directly from the app (including printing to PDF), and refines the save options (confirmation to close an unsaved file, filenames now include timestamps, jpg and GIF file types are now supported). The old About flyout has been replaced with a full settings page, where you’ll find the aforementioned option to add a border, an option for updates made to your snip to copy automatically to your clipboard, and so on. 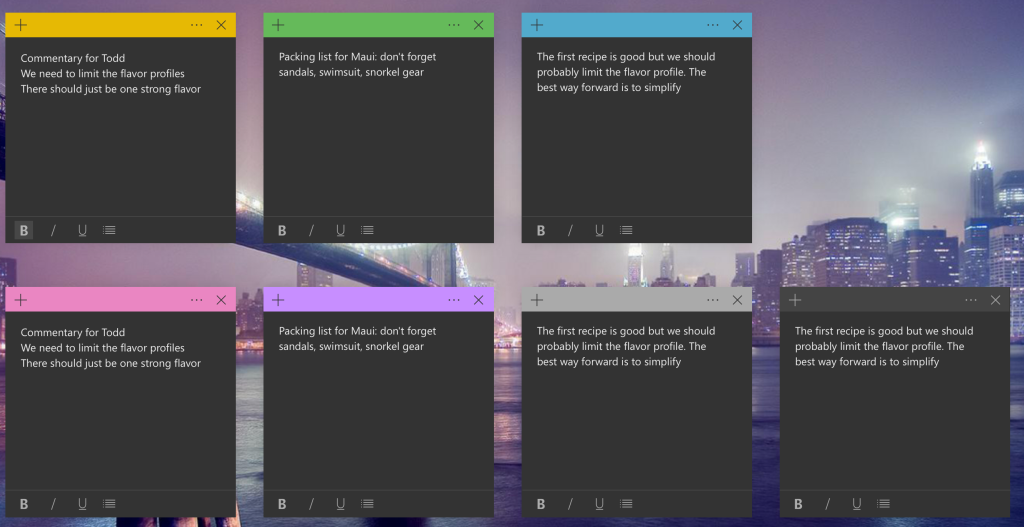 Sticky Notes now supports Windows 10’s Dark Mode. Alternatively, you can set your color mode to suit your mood independent of your system settings. Syncing is also faster now, though Microsoft didn’t say by how much.