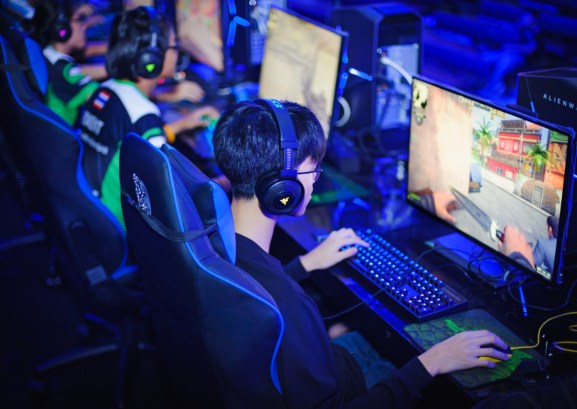 Money is pouring into esports and companies are taking note. In this special VB Live event, our panel of experts will discuss traditional monetization methods, and more importantly, new approaches to engaging audiences and driving esports revenue, and more.

In 2017, the esports audience boomed, reaching 143 million viewers both live and on platforms like Twitch. Viewership for last year’s League of Legends Championship alone was 58 million.

The overall number of esports enthusiasts is expected to keep growing, all the way up to 250 million viewers in 2021. Unsurprisingly, the esports economy is booming right alongside, raking in $905.6 million this year and expected to surge up to $1.4 billion by 2020.

So it’s the fastest growing sport in the world, with a huge, engaged, incredibly valuable audience that’s ripe for the picking. Companies and investors are sitting up and taking notice as audience enthusiasm continues to swell and legends of top players making millions of dollars and retiring before they’re 30 just adding to the viral allure.

It’s also a global audience. The esports craze started in South Korea and spread across Asia; now games are broadcast worldwide and translated into dozens of languages, offering exposure to a huge number of new potential markets, and opportunities for brands to capitalize on the enthusiasm of fans in every country.

So far, investors and brands have relied on traditional broadcast models to tap into the revenue potential. In South Korea, electronics giants like Samsung have sponsored individual athletes. In the west, Red Bull, known for backing professional athletes in traditional sports, sponsored an esports player from Illinois, who goes by the intriguing handle NaDeSHoT.

The franchise model is also popular, with brands sponsoring entire teams, investing in both visual advertisement and integration with the esports experience and the games themselves. Coca-Cola launched a partnership with Riot Games, developer of League of Legends, back in 2014, and began to widen the audience reach with livestreamed games at Cinemark Cinemas and an extended social presence.

Riot Games is big on the franchise model, also partnering exclusively with BAMTech, owned by Disney, in a $300 million deal. The company also streams MLB, WWE, and HBO events.

There are other big players in the game, including Activision Blizzard, with its Overwatch League, and the NBA, partnering with Take-Two Interactive for its own personal esports league.

But while traditional broadcast techniques have paved the initial revenue road for esports, the most innovative, tech-savvy, forward-thinking industry is opening up new opportunities as the industry grows. Both new and current investors looking for more revenue streams can jump in on the ground floor and revolutionize the monetization of the esports arena.

Want to learn more? Join our panel of industry experts and technology specialists, as they discuss where the money is coming from, where it’s going, and how the existing business model is about to get disrupted in real time, when you register for this VB Live event!