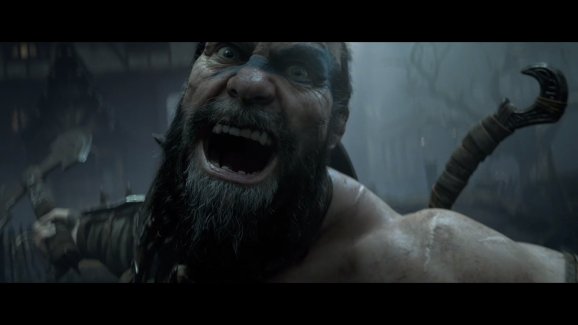 This is how fans feel about Diablo Immortal.

During the keynote of its BlizzCon fan gathering in Anaheim, California today, Blizzard revealed Diablo: Immortal. This is the next entry in the action-role-playing adventure franchise, and it is coming to mobile at an unspecified point in the future.

This is a full Diablo experience that enables players to take on hordes of enemies as a Necromancer, Assassin, and a number of other classes. Blizzard is working with Chinese publisher Netease Games on the project and it seems tailored in many ways for the Chinese audience.

Oh, and one other thing — fans seem really mad about it.

In the hours since the Diablo YouTube channel uploaded the reveal trailers, fans have already downvoted it 26,000 times. That compares to just 1,000 upvotes. While downvotes on a video have, at best, a tenuous connection to any real-world behaviors, this is one way that fans have attempted to show their discontent with games in the past.

In 2016, many Call of Duty fans expressed their disillusionment with sci-fi elements of Infinite Warfare by rushing the reveal trailer on YouTube with dislikes. That video has racked up 3.7 million downvotes compared to 593,000 likes. That makes it one of the most disliked posts on Google’s video platform.

For this new Diablo, that online backlash spilled over into the real world at BlizzCon. During the publisher’s “What’s next for Diablo” panel, a fan put the development team on the spot.

“I have a question: Is this an out-of-season April Fools joke,” the man asked.

Without missing a beat, the Diablo team explained why they are happy to work on Immortal.

“Everyone up here is a gamer,” Diablo: Immortal boss Wyatt Cheng said. “We play games on all platforms. We’re really excited about making a new Diablo game for mobile.”

And Diablo senior designer Matthew Berger followed that up by explaining that the new lessons the team learns will filter back into making other versions of Diablo better in the future.

“Every time we’ve launched a new Diablo game — especially on a new platform — we’ve improved the experience and brought that back to the other versions of the game,” Berger said. “The world of Diablo is vibrant. This is one of the best times to be part of Diablo community. The future is … well, not bright, because Sanctuary is dark. But your future, as a fan, is bright.”

The final fan question brought some fan concerns to a finer point: “Why bring it to mobile?”

Berger said that the team is always trying to reach more people, and mobile is a great way to do that. But it’s also about the platform itself, according to Cheng.

“If you look at the specs on a mobile phone today and compare it to a computer from just five years ago … we’re walking around with supercomputers in our pockets,” said Cheng. “And we want to make a full-fledged game for that.”

The Diablo team wrapped up by saying that Diablo Immortal doesn’t mean that it won’t make PC and console games in the future. Those are still coming. The company has essentially said that the next traditional Diablo is in the works. In the meantime, fans can give this mobile version a chance … or maybe not.