Mobile game publisher Scopely said it will publish the free-to-play Star Trek: Fleet Command on iOS and Android on November 29.

Under license from CBS Interactive, the game is a multiplayer real-time strategy and role-playing game that uses characters and ships from the rebooted Star Trek films (which started in 2009).

Star Trek: Fleet Command is the first free-roaming multiplayer Star Trek experience on mobile devices to combine RPG-style progression and real-time battles with enemy ships. The strategy game also has a narrative story that will take players across the galaxy. 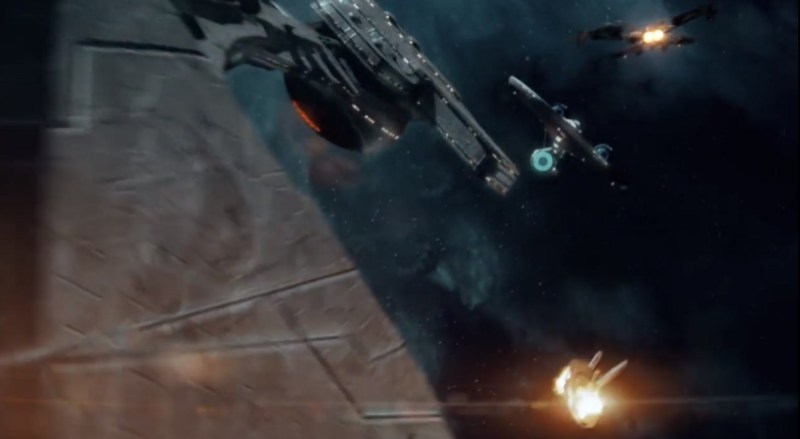 “We’re thrilled to work with CBS Interactive on such iconic IP and believe we’ve designed an expansive, dynamic, and super social Star Trek experience for both strategy and role-play gaming fans,” said Tim O’Brien, chief revenue officer at Scopely, in a statement. “We wanted to create a cinematic, action-packed, genre-defying game that embraces the heart of the franchise — exploration, to allow players to experience an entire galaxy of quests and missions for endless adventure.”

In Star Trek: Fleet Command, players customize their gameplay experience as narrative paths branch and diverge depending on which of the hundreds of available missions they choose to complete and how they approach interactions with other deep-space denizens.

You can build teams with their favorite characters, such as Captain Kirk, Spock and Uhura, and factions such as the Federation, Klingons, and Romulans. Scopely is touting the games personalization, with each faction offering unique officers, ships and technologies.

Star Trek: Fleet Command is the latest in Scopely’s line of mobile games based on big entertainment properties such as the award-winning WWE Champions, The Walking Dead: Road to Survival, Yahtzee With Buddies, Wheel of Fortune: Free Play and the upcoming Looney Tunes: World of Mayhem.

Created and published by Scopely, Star Trek Fleet Command is developed in partnership with Digit Game Studios. Founded in 2011, Scopely has raised more than $250 million to date.