The U.S. midterm election next week feels like one of the most important in a generation. We need to get out and vote. And after it’s over, we need to accept the election result. If we do not, then we could sink into a civil war that so many people are talking about. And that is what Edward “Ted” Castronova fears.

Castronova is a video game professor at Indiana University, and he became famous for writing about synthetic worlds and the economies in online games like EverQuest. Worried about the polarization of American politics, Castronova has created 2040 American Abyss: A Simulation of America’s Next Civil War. He tested it with his students and made it as realistic as possible. Rather than thinking of this as cool game about a miserable topic, he sees it as preventive, or teaching people about such a war would be devastating and have no winners. It is not a partisan game.

“It’s going to be a modern civil war where every town, village, and city is a battleground. The inspiration was to teach that lesson,” Castronovo told me in an interview.

It is based on a game called Andean Abyss, a tabletop game set in the Colombian civil war of the 1990s, where counter-insurgency and guerrilla warfare led to village by village fighting. As tensions rise in the U.S., Castronova could easily foresee how the anti-fascists and the National Rifle Association faction could come to blows. The federal government would be in the middle, and a criminal underground could emerge as still another faction. All four factions — the State, Antifa, Tea Party, and Crime — would battle for control of the U.S.

I asked Castronovo if he felt someone shouldn’t make a game like this.

“I’ve explained it to some people who say, ‘That’s terrible. I don’t want to go anywhere near a game like that.’ I understand that point of view,” he said. “But the purpose of the game is to make people think about the subject. That’s kind of why I made it. If somebody said, ‘This shouldn’t be so bloody,’ well, that’s the whole point. I didn’t want to sanitize something that shouldn’t be sanitized.”

Let us hope it doesn’t come to this, and that games can teach us some lessons we shouldn’t forget. 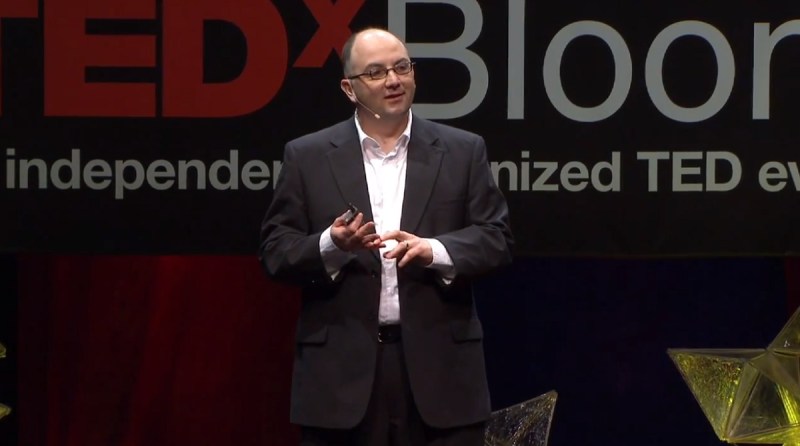 GamesBeat: I wanted to hear the story of why you decided to do this board game. Did a particular thing inspire you?

Edward Castronova: It occurred to me that everybody was talking about how there’s going to be a civil war. There’s this common trend there, that it’s getting so bad with these pipe bombs and everything. We’ve done board game simulating what civil wars are like today. I thought it would be easy to reskin one of those for the United States.

I took the game they had based on Colombia, because there was a civil war there in the ‘90s, and I just put it on an American map to see what it would be like. It’s not going to be the traditional north versus south, gray versus blue. It’s going to be a modern civil war where every town, village, and city is a battleground. The inspiration was to teach that lesson.

GamesBeat: Was the Colombian civil war very similar that way, village by village?

Castronova: Exactly. The way that war went, you had the government, of course, and then there were Communist rebels. But what then happened was you had these right-wing guys who were allies of the government, but they thought the government was too soft. They split off and formed their own private armies, and all they did was hunt the Reds, using very brutal tactics. They became this sort of vigilante posse. With all that going on between those three factions, then you had a fourth one, which was the drug cartels. They were all armed.

When I look at the United States today, we have a similar structure. We have four armed factions. The government of course has arms. Then you have these two out-of-government armed factions. One is the anti-fascist left, and then you have people on the right, the Tea Party/NRA group. Between those two you have weapons, and then we also have drug gangs that are armed.

I could see it going a couple of ways. You could have a right-wing government and a street-level rebellion by anti-fascist people, and then the government loses control of the NRA faction, which goes out hunting leftists, and meanwhile the drug dealers go crazy. Or it could go the other way. You could have a left-wing government with the NRA types revolting against it, but then the anti-fascist types get out of control and the drug dealers follow suit. It’s a dumpster fire no matter how you add it up. If you work out the simulation that’s exactly what happens. 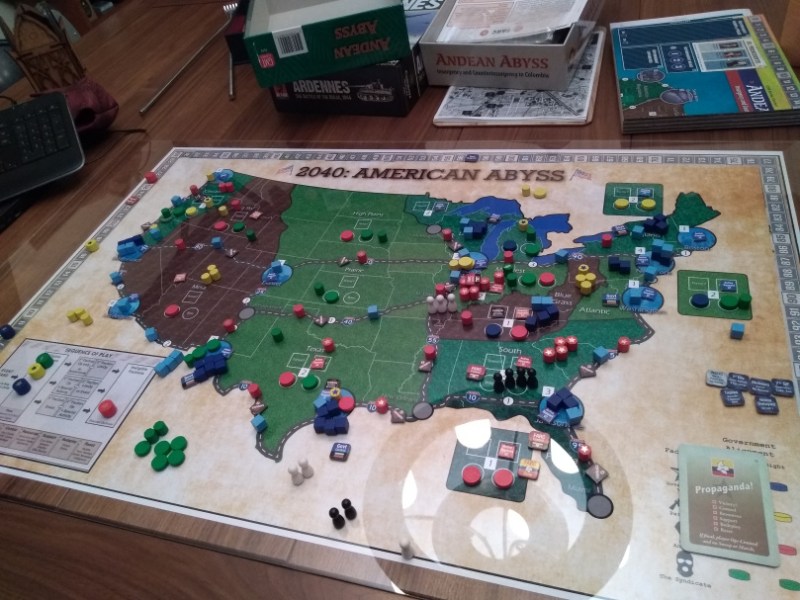 Above: American Abyss has a beautiful map for such a polarizing topic.

GamesBeat: Why did you pick 2040? Just to give it a little bit of distance?

GamesBeat: And you’d say that people calling for a civil war today don’t realize how bad it would be?

Castronova: That’s the thing. We take this as something that’s really not about human beings. When we haven’t been at war in a long time people tend to romanticize what it would be like. Especially in this country, where people tend to talk about the nobility of soldiers in blue and gray fighting for basic principles. Warfare doesn’t happen that way today. Warfare is bombings and lynchings, everybody against everybody.

We saw this in Afghanistan. This same basic simulation mechanic that I’m using has been applied to Vietnam, Afghanistan, Colombia of course, Algeria’s revolt against France in the ‘50s. This is how war happens in the 20th and 21st century. It’s not noble in any way.

GamesBeat: I was wondering how well you can map that kind of war onto a tabletop.

Castronova: It’s not that hard. All you need to do is have four players. Each one has different resources and different victory conditions. If you have that, then the rest happens naturally. For example, there might be a region on the map — let’s say the Midwest — and you have these four factions who, it turns out, are all going to be present in the Midwest. It’s not like the entire Midwest will belong to faction A. It doesn’t happen that way. The government is there. The rebels are there. You’ll have anti-fascists in Chicago and NRA people in southern Indiana. It’s not as if there are clean or safe territorial lines. 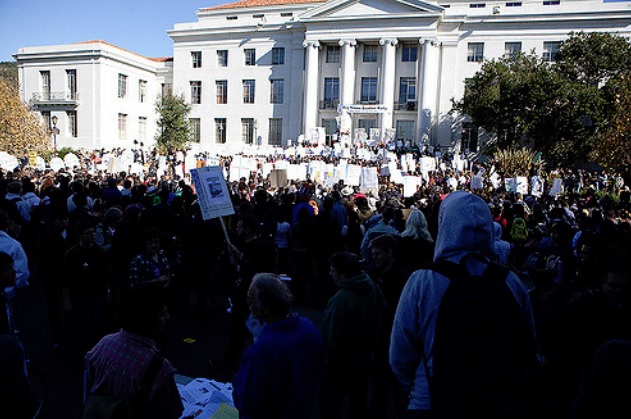 Above: Anti-fascist protest at UC Berkeley.

With a board game you just put the board down, the players lay out their pieces, and people are able to see how the pieces are all jumbled together in a given region. They get the message immediately. I made a very simplified version of the game, a very simplified board, and I played it with my students. I have a class of 80 students. They got it immediately. They could see that this would be a civil war that would never end.

GamesBeat: What’s the background of the kind of games you’ve been making? Where does this fit in? Does a thread lead all the way from your book on virtual economies to here?

Castronova: I love games. For a long time, I made modifications to games and built games for myself. I never published anything like that — it was just for fun — but now I’m a teacher in a game design program, and I’m embarrassed by the fact that all I have are academic publications. The students don’t care that I’ve written books and articles. [laughs]

I decided to take these homebrew ideas I’d been making and polish them up so I could put them out to the public, just to see what happens. That’s where I am with games. I’d love to be able to establish myself as someone with at least one published board game. It’s harder than publishing books!

GamesBeat: When you’ve been studying and researching game design, what have you taken from your own academic career into designing this game?

Castronova: One thing I’ve taught for a long time is that the game you end up with will be very different from the game you start with. You have to be ready to just kill your babies, to get rid of things you cherish. About 90 percent of the work is the last 10 percent of the game. It’s really easy to set up everything, all the basics, but the last phase is getting it ready for people to use, ironing out all the corners. I had to do that. Also, failure. Those would be the three things. You have to fail. I’ve taught that for a long time, and I’ve had to use those lessons myself.

GamesBeat: Have your students helped out with that polishing and iteration?

Castronova: They’re the playtesters. I had this class of 80 students, and I said, “Okay, you guys are going to do this.” I was able to realize that one faction was overpowered and another was underpowered, for instance. But it’s not even what they do consciously. It’s more about–they’re this unconscious group out there that I feel the need to demonstrate myself to. They don’t care that I have a Ph.D, as I said. It’s more that they’re this passive challenge that lays before me and makes me think about reaching them. 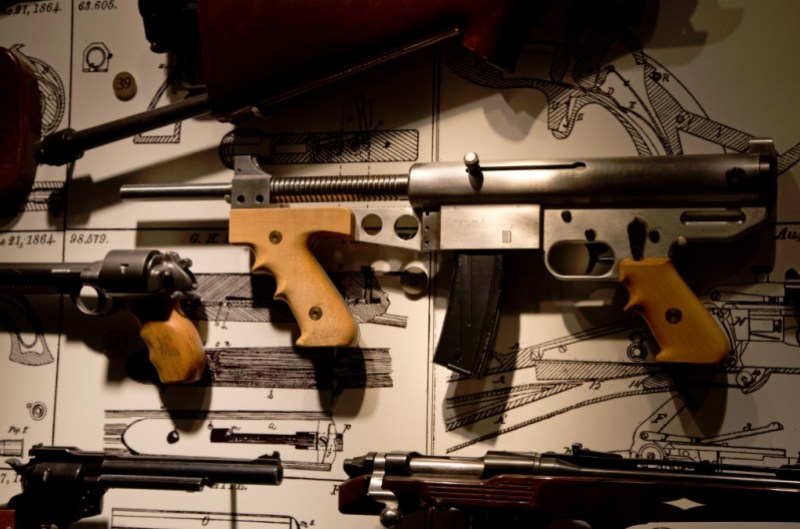 Above: The NRA will be one faction.

GamesBeat: Have you found a publisher for the project?

Castronova: This is a modification of an existing game. I was talking to somebody about it last night, and they said I should take it all the way and create a full prototype, not just a mod to an existing game. I might do that. But right now I’m happy with it just the way it is. It’s out there for free right now. You need to buy the basic game, but then you can just change it with the U.S. map that’s available for free. I like it that way. If I’m going to get a game published, it would be a different game.