Since launching during May 2016 for PlayStation 4, Xbox One, and PC, Overwatch has released seven new characters. Even though Overwatch is a first-person shooter, all of those new characters haven’t focused on, you know, shooting people to death. Doomfist is all about punching people, Brigette uses a shield and flail, and Wrecking Ball is a freaking hamster (to be clear, I love him, but he’s offbeat).

Overwatch’s next character, Ashe, takes things back to basics. Blizzard revealed the gunslinger during the opening keynote for BlizzCon 2018 on Friday in Anaheim, California. I played Ashe, and the character is a fun and satisfying without having to rely on some of the out-there mechanics of other recent characters.

Ashe focuses on dealing damage at medium and long ranges. She uses a rifle that can shoot quickly if you’re firing from the hip, but you can also look down the scope for greater accuracy, more damage, but a slower firing rate.

She rests in a place between McCree, who uses a pistol that works best at medium ranges, and Widowmaker, a sniper that has the longest range of any Overwatch character. You can still snipe with Ashe, but you won’t do as much damage at far distances. But you are more effective at close-up fights, while Widowmaker often has no choice but to run away if an enemy closes in on here.

Being able to switch between sniping and closer shooting feels great, but Ashe has some other great abilities. She can shoot out a shotgun that propels herself backward and pushes enemies away. It does decent damage, but its most effective as a movement ability. You can even shoot it on the ground to bounce up to high perches.

She can also throw out a stack of dynamite. After a bit, it explodes, dealing damage and setting nearby enemies on fire, dealing more damage over time. If you’re impatient, you can shoot the dynamite yourself and make the dynamite explode early. It captures the cowboy fantasy beautifully.

Ashe has one of the most unique Ultimate abilities in Overwatch. She calls in her robotic bodyguard, B.O.B. He runs forward for a bit, throwing enemies he hits in the air, before planting himself and shooting nearby enemies like a turret. Bob acts like a separate character in some ways. He has his own health pool and the other team can even kill him.

B.O.B. can also capture objectives and receive buffs or be stunned by players. But you can’t charge your own Ultimate by shooting at B.O.B., so you don’t have to worry about him becoming a sponge for the enemy team. 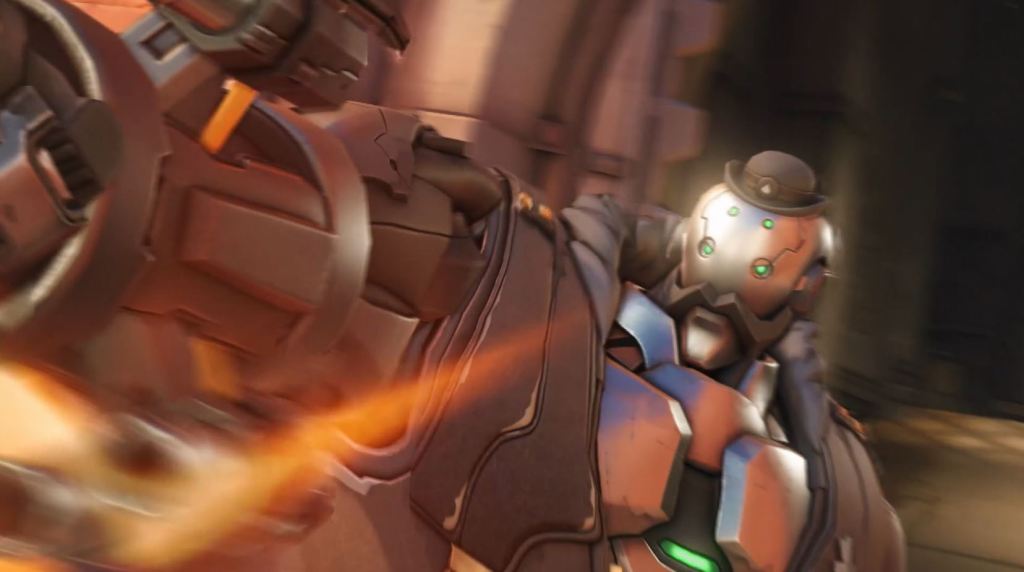 Many of the post-release Overwatch heroes have focused on filling out the tank and support rosters. That was a smart move, as Overwatch had way more damage-dealers than defenders and healers at launch. But now the roster has a lot more variety, so it’s nice to see another character that focuses on shooting things.

And as far as those pure shooting characters go, Ashe could be one of the most fun.