Esports One has created artificial intelligence-based analytics for esports fans, and now the company has teamed up with League of Legends publisher Riot Games to offer real-time states and insights for Riot Games’ broadcasting division in Brazil.

The goal is to help solve one of esports’ biggest challenges: The action unfolds so fast that it’s hard for spectators to know what’s going on in a match. So Santa Monica, California-based Esports One will provide the data and analysis so that broadcasters and fans can follow what is happening more easily.

There are a number of ways to capture and analyze what happens in a League of Legends match: Manual human input, pulling data from the game publisher applications programming interface (API), and reading local game files from a player’s computer to name just a few.

“We’ve been working with Riot since before Esports One launched,” said Esports One CEO Matthew Gunnin in an interview with GamesBeat. “We looked at how we can bring our technology platform to some of the regions outside the U.S. They have been a key partner since the early days.” 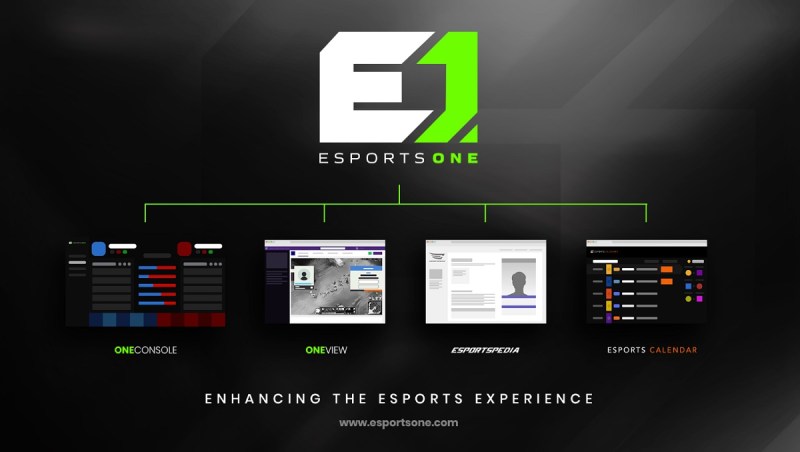 Above: Esports One has a variety of ways to make esports more accessible.

Esports One, whose focus is on real-time analysis, took a more customizable route, utilizing proprietary computer vision technology and machine learning to capture and analyze what is happening in a professional esports match. The partnership supplies Riot Games Brazil’s broadcasters with real-time stats and insights, improving the commentating experience, and ultimately, the fan experience.

“We began testing Esports One’s OneConsole at the start of the 2018 CBLoL season. Their team worked closely with us to identify new and exciting statistical insights that lend themselves to great storytelling,” said Carlos Antunes, the head of esports at Riot Games Brazil, in a statement. “Recently we started implementing OneConsole features into our live broadcasts; being able to analyze every event in real-time has facilitated an entirely new level of commentary and been eye-opening for myself and the broadcast team. We’re excited to see what the future holds for Riot Games Brazil and Esports One.” 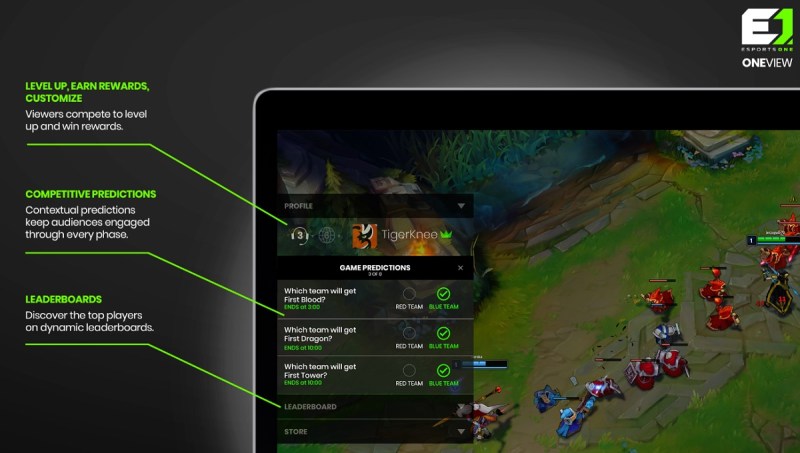 To kick off, Esports One has given Riot’s CBLoL team access to OneConsole, the company’s custom-built broadcaster console, providing a powerful database and dashboard of live statistics. It is designed to be a second-monitor experience for commentators, providing an easy way to view in-depth analytics and story points during live games.

“If I’m a broadcaster or commentator, I can get more information during a live broadcast. We will give them esports data, storylines, and reference points throughout the games, and they can adjust it for their needs as well,” said Gunnin. “From there, we will look at broad ways of showcasing information inside the game itself

Gunnin pointed to a real example from a match between team Vivo Keyd and the CNB Esports Club in Riot Games Brazil’s professional league.

Early in the game, one of Vivo Keyd’s star players secures a major objective which is immediately recognized by Esports One’s OneConsole. Esports One captures and analyzes the details, including the game time, and all data related to the team and players involved.

“It’s lot better than having a bunch of spreadsheets open or production assistants yelling in your ear, as the game is happening,” Gunnin said. “We can reference things like what happened in prior games between the same opponents. It solves the problem of having to keep up with everything.”

Esports One has about 15 employees.