Virtual reality has a bright future, but for the present the consumer VR market is puttering along. Rikard Steiber, senior vice president of VR at HTC and president of the Viveport store, is one of the true believers.

He said in a recent talk at the XRDC event that the company continues to invest in the VR ecosystem, from an investment in developer awards to the evolution of the platform to accommodate future hardware improvements. Steiber believes that subscriptions to content in the Viveport store will help developers monetize and encourage the growth of the consumer VR market.

His company also continues to be generous in sharing app store proceeds with developers, and it sees growth in VR happening. Today, the company released a premium update for its Ready Player One: Oasis VR experience.

But HTC faces some stiff competition from Facebook’s Oculus VR division, which is launching the wireless Oculus Quest stand-alone VR headset in the spring of 2019. HTC has to be prepared to improve its platform and provide six-degrees-of-freedom hand controllers with a standalone headset — or risk losing its VR fans to Oculus.

I caught up with Steiber at the XRDC event on VR and AR in San Francisco last week. 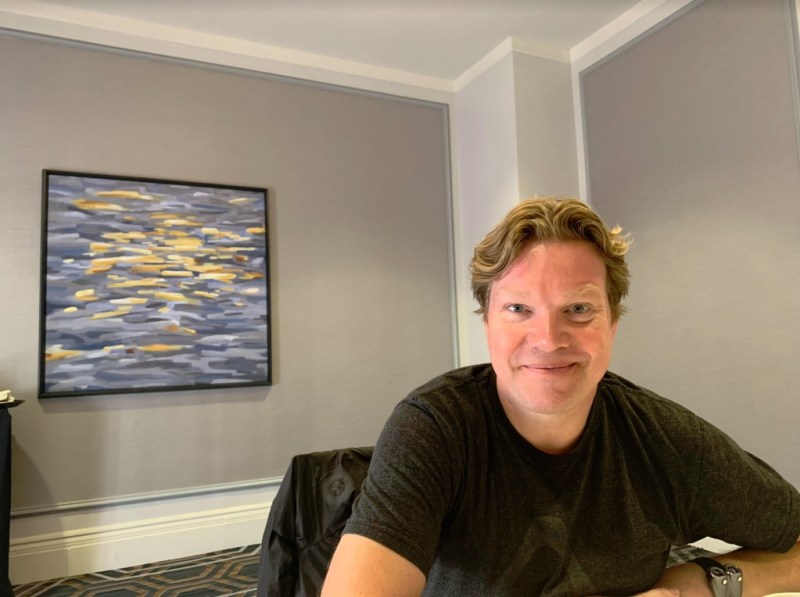 Rikard Steiber: It’s been a year since we were last here. A few people were asking, what about the momentum? What’s happening in the industry in general? I talked about how, in April of last year, we launched subscription. I showed what our revenues have been. We’ve been trying to make the platform better. We have three times more content now and 100,000 transactions per month. What does that boil down to? I showed a graph where, from April to last month, we’ve had six and a half times the revenue. I showed how subscription is the lion’s share of that.

With so much content now, customers can’t buy everything. Subscription becomes an easy way to try many more things that you probably wouldn’t buy otherwise. That’s where we’ve seen the growth. We’re inviting the developer community to see this as a strategy that can complement their paid download strategy. As you know, if you’re not in the top 100 apps on the leading platforms, you’re not getting a lot of love. As your sales go down, you can put the app in subscription and have a second run. We had the developers of The Wizards try going both inside and outside subscription, and they found that it doesn’t cannibalize. We’ve also seen that subscribers actually spend, at least with us, 15 percent more on paid downloads. It’s very much incremental.

Of course, we’re giving 100 percent rev share for subscription in Q4, which is the most important quarter. In addition, we’ve also said that we’re opening up to Oculus as well, to reach more of the audience. We’re trying to help developers to publish everywhere, but if they publish with us, we’ll help them out and they can keep 100 percent of the rev share.

That’s chapter one. For the developer awards, which we’re super excited about, we’re focusing on entertainment, as well as arts and culture. We’re going to make a comeback on arcade and put in extra effort there. That will be very important. Today we’re reaching hundreds of locations. We have commercial licenses for more than 900 applications, so we can offer them to arcades. But what we want to do, especially for the five or 10 percent of those apps that are truly relevant in an arcade context, is make sure we have unique experiences. There might be an extra level, or a way to use a PP gun or a haptic suit. You have something unique for those locations. We’re looking at how we can make a comeback together with developers to have more unique content, and also make sure that the platform is even better.

The Viveport developer awards will give away up to $500,000, and of course we’ll be giving them preferential treatment as far as equipment, developer videos, marketing. As I told them, it’s not about the money. It’s also about the fame and the glory. [Laughs] Which I think is important, for them to get recognized. Especially if you’re an indie studio, getting some extra attention for your next project.

GamesBeat: When will that take place?

Steiber: We’re starting out in November and it’s going through February. It’s open to both Vive and Oculus Rift titles that are in subscription. We’re pushing hard for subscription. We’re going to announce the winners at GDC. We’re asking people to go to their developer console now, publish if they haven’t done so already, and then sign up next week.

We think that subscription is a good complement to the other established stores for the platforms. We can differentiate on the business model. It helps the developer, but it also helps consumers to discover much more VR, to be much more active than they might otherwise be.

GamesBeat: How is what you do different from typical app store merchandising?

Steiber: What’s exciting is that we promote them. Of course, we have featuring in the store, and in the arcade store. But the other thing we do—did you see the developer stories? Essentially what we do, we write blogs about them and make videos about them. We push them on social. We do paid media. We have a one-to-one relationship with most of our customers. We do one-to-one marketing for them. We try to get them into programs where they get 100 percent rev share.

The other thing that’s very important is we protect their content. If we don’t sell anything, it doesn’t cost anything. We try to make it easy for them to publish – it’s only an incremental effort to publish on one more platform. It should be worth it. Hopefully then, if we’re able to cover the main PC platforms, it will be.

The other thing I think is interesting is the notion of 6DOF. For the all-in-one platform – you may have heard some of this from China – for a truly immersive experience, for both enterprise and developers, you need to have not only a 6DOF headset, but also controllers you can interact with. Most of them are six-three today. On the Wave platform, we have six products that are launched, but another few are coming. Those partners, the developers, want to have six-six capabilities, in the headset and the controllers.