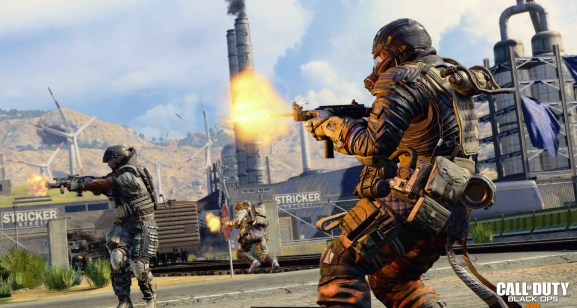 Investors seem prone to be spooked about Activision Blizzard‘s earnings these days.

Activision Blizzard reported results for the third fiscal quarter ended September 30 that exceeded analysts’ expectations on Thursday, but the stock fell 8 percent in after-hours trading because the company was cautious about its guidance for the all-important fourth fiscal quarter.

Activision Blizzard said it expects earnings of 43 cents per share on $2.2 billion in revenue for the fourth quarter ending December 31.

“Activision Blizzard’s results for Q3 exceeded our prior outlook as we continue to entertain large audiences, drive deep engagement, and attract significant audience investment across our franchises,” CEO Bobby Kotick said in a statement.

For the most part, Activision Blizzard sounded bullish on its analyst call. Call of Duty Black Ops 4 beat the prior game, Call of Duty: Black Ops III, on a variety of sales-related measures. The company said there is still “execution risk in the air,” but it sees strong engagement with all of its core franchises.

The company said Destiny is not performing as well as the company would like, and currency fluctuations outside the U.S. are also presenting “headwinds.”