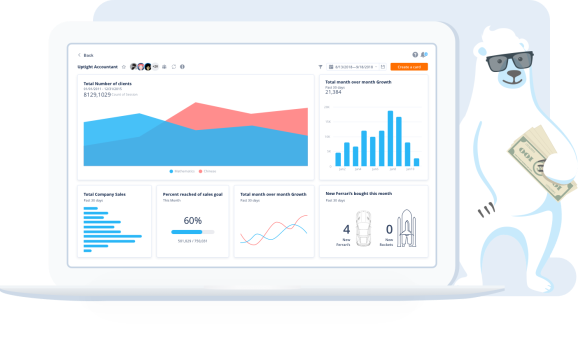 Is data the new oil? If the data visualization market’s continued growth is any indication, the answer is a resounding “Yes.” Fueled by demand for analytics engines that can derive insights from patterns and trends in large datasets, the sector is expected to be worth $6.99 billion by the end of 2022, up from $4.12 billion in 2017.

It’s a fiercely competitive field, unsurprisingly, and one crowded by incumbents like Tableau, Sisense, Datawrapper, and Zoho. But Ptmind, an eight-year-old data analytics company with headquarters in Tokyo, Beijing, and Seattle, is making a successful go of it. Today, the company announced that it has raised more than $10 million in a Series B funding round led by Aplus Capital, bringing its total amount raised to date to nearly $30 million.

Ben Dolgoff, director of marketing and product for Ptmind subsidiary Datadeck, told VentureBeat in an email that the funds will be used to develop and expand Datadeck, one of Ptmind’s flagship products, with improved automation, team workflow, and machine learning-driven features. Ptmind also plans to expand its international workforce of 150 employees, particularly in Japan, Malaysia, and the U.S.

“The new funds will be used for the growth of our flagship product[s],” Dolgoff said. “We will improve the core technology and quickly expand to the U.S. market while at the same time continuing to grow our current sales functions and exposure in the Chinese and Japanese markets.”

Datadeck, in a nutshell, collates data from Slack, Facebook, Google Analytics, and more than 100 other sources within custom-built templates — cards — containing graphs and high-level usage summaries. The free base plan offers up to 50 cards and 5 data connections, while the 100-card, 10-connection premium plan starts at $39.

Ptengine — Ptmind’s other spotlight offering, which launched in 2014 — offers web page heatmaps and analytics that expose visitor behavior, plus campaign management tools that enable clients to track channels, conversions, revenue, and other metrics over time.

Ptmind claims that Ptengine and Datadeck have more than 125,000 and 25,000 users, respectively, including product teams at Microsoft, Nike, Disney, Adidas, Softbank, and Dentsu.