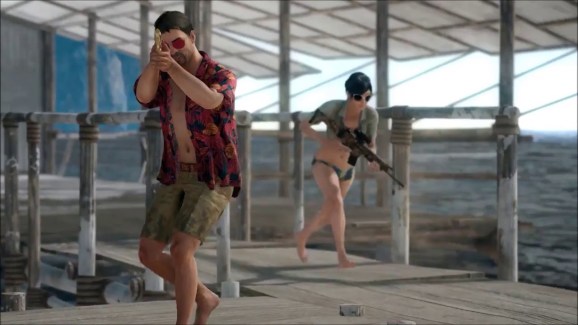 You may finally see me coming around the corner now.

PlayerUnknown’s Battlegrounds developer PUBG Corp. is still running its “#FixPUBG” campaign. The studio has promised to deal with common problems that have ruined a significant percentage of matches for players. Of those issues, “desync” is the most obvious and lamented. But PUBG Corp. rolled out a server patch last night that seems like it could eliminate most instances of characters moving out of sync in your game and on the live server.

To explain the problem, desync is when your local game renders a player doing one thing and the server has them doing another. One of the most offensive examples of this is when an enemy begins shooting you without ever appearing to pop out from behind cover. This happens for a variety of reasons, but PUBG Corp. claimed last night that it had corrected the underlying issue causing the problem.

“We have fixed a bug with movement interpolation [that] could cause other players’ movement to be visibly delayed,” the PUBG Help account posted to Twitter. “This greatly mitigates instances of desync under normal network conditions where players were shot by opponents shortly before they appeared onscreen.”

If that’s the case, then it should go a long way toward improving the experience for fans who have stuck with PUBG.

But game developers say a lot of things on Twitter. Who is to say this is true? Well, YouTube creator WackyJacky, who is well-known for his PUBG analysis videos, claims that the difference is very noticeable.

“This was the best serer performance I’ve had in a long time,” said WackyJacky. “And everyone I’ve been talking to who plays the game a lot, and who played the game yesterday and the day before, is saying the same thing.”

Now, this is not the kind of thing that is going to win players away from Fortnite or Call of Duy’s BOBO. It should, however, help to prevent restless players from losing interest in the game.