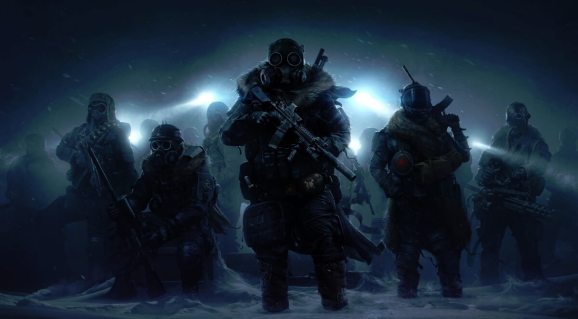 The Xbox team’s acquisition storm continues. The publisher revealed today that it is folding Wasteland 2 and Torment: Tides of Numenera studio InXile Entertainment into its portfolio of game development teams. InXile founder Brian Fargo helped revealed the partnership at Microsoft’s XO18 fan event in Mexico City today. I asked Fargo what the acquisition means for his company, and he explained that nothing is going to change except for the financial security of the company and the amount of money it can put into future projects.

“We could not be happier to have Microsoft’s support to allow us to keep making the games we love,” Fargo told GamesBeat. “They offer us the most precious thing a developer could have, time and resources. I’m energized like I’ve never been before.”

Fargo also addressed fans directly in a video message on YouTube. He talked in more detail about how this will free up his time to continue working on the projects that people want from InXile.

“One of my dreams has always been to create an environment where creativity can flourish,” he said. “And this is going to allow that to happen in a way that I’ve never had before. It’s going to allow me to spend 100 percent of my time in product development. It’s a luxury that very few development companies have, so I’m very excited.”

This is Microsoft’s sixth gaming acquisition of the year. It announced four acquisitions in June, it announced it was acquiring Obsidian in October, and now this. That’s on top of its brand new studio in Santa Monica. This gives the Xbox team more first-party power, and it also gives it more games to put into its Netflix-like Game Pass subscription for both Xbox One and PC.

Microsoft to the rescue

InXile started in 2002. Fargo founded it after leaving Interplay. The company began with the action role-playing game The Bard’s Tale in 2004, which is still one of its most beloved releases. After that it worked on puzzle games and ports through 2012, along with Hunted: The Demon’s Forge for Bethesda in 2011.

But InXile has had a resurgence over the last half decade. In 2012, the studio launched a Kickstarter to return to its computer RPG roots with Wasteland 2. At the end of that crowdfunding campaign, thousands of people ended up contributing nearly $3 million. Since then, it has relied on crowdfunding to launch games like Torment: Tides of Numenera and The Bard’s Tale IV: Barrows Deep.

These games have a loyal following, but this is a tough business for a studio the size of InXile. Creating games is getting more expensive — especially if you are trying to keep up with more well-funded outfits. And Fargo spoke vaguely about those pressures and implied that Microsoft rescued the studio from having to deal with them.

“One of the common themes that you’ve probably read about is the tenuous nature of survival for mid-sized game companies like ourselves,” Fargo said in his video to fans. “We live in this precarious position while we are simultaneously watching the audio, visual, and design capabilities grow at a breakneck pace. Joining the Microsoft team is going to let us spend all of our energies crafting the game experience.”

InXile says that in addition to having more money, it will also have all of Microsoft’s existing infrastructure at its disposal. The publisher has processes for doing quality assurance and localization, and InXile is going to take advantage of that.

Nothing is going to change

Fargo repeatedly insisted that InXile will continue to work on the stuff its fans have come to expect.

“Of course, we’re going to continue doing role-playing games,” he explained. “We love the world building. We love the sense of immersion. And we love when all of the game’s pieces come together. One of my favorite things about working on a great role-playing game is the vast number of emotions we can make a player feel. It’s really a great category to work on.”

He also confirmed that this acquisition shouldn’t derail the production of Wasteland 3, which is due out in 2019.

“Our studio is best known for our deep role-playing games, like Wasteland 2 and Tide of Numenera,” said Fargo. “Games that are centered around choice and consequence where your decisions change the world and narrative. Recently, we released The Bards Tale IV, where we modernized the classic dungeon-crawling experience. And we are just warming up with Wasteland with the upcoming Wasteland 3. At InXile, we love to write for the brutal world that makes the post-apocalyptic themes so fascinating.”

The question exciting question is what does the next game after Wasteland 3 look like for InXile? And Fargo hinted at that in his video.

“The bottom line is that we’re going to be able to make games that we would have never been able to make otherwise,” he said. “And even better, the DNA of the company will remain exactly the same. Microsoft wants to work with us because of who we are. They want us to keep doing what we are doing. They want to provide a stable home so we can be ambitious — allowing InXile to reach its full potential.”

So that likely means increased production values. I’m imagining a Bard’s Tale V with blockbuster-style visuals and voice acting. But who knows. Only one thing is certain.

As Fargo puts it, “This deal is going to allow us to make role-playing games for many years to come.”