Question: Is this ready for new devices, as more AR devices start to enter the market?

Hanke: Are you talking about post-phone types of devices?

Question: Magic Leap, that sort of thing. I suppose you can’t do that outdoors yet. But it seems like that’s coming.

Hanke: We’re very eager prototypers of our technology on AR devices of various kinds. I’m eager to see devices that people can comfortably wear outside, where they can see — the visuals are bright enough — and the mobility and form factor are there such that these things can be used outside. That is, of course, the big challenge. I would think even Magic Leap would say that’s a living-room device at the moment.

That’s all in the lab, in the experimentation stage. There was a version of the original Ingress for Google Glass, where you could actually roam around and hack portals and see information about them. Despite the fact that Glass didn’t quite make it, it definitely convinced me that heads-up gameplay for games like the ones we’re imagining, that’s the right way to do it. As soon as those devices exist, we’re all over it.

Question: Are you not so concerned about screen time addiction in this one? This seems pretty deeply engaging.

Hanke: I’m a believer that technology can be used for good, and it can be used for–bad things? One of our goals as a company was to build products that could be enjoyed outside with real people, and I think technology as a facilitator for going out into a beautiful park and spending the day playing a game is great. I don’t view that as a negative aspect of technology. It can be used to power great experiences like this. That’s why Niantic exists.

I think it’s wrong to conclude that all screens are equal, or all applications are equal, and all technology is equally bad or good. You can build experiences that suck people into sedentary Matrix-like behavior, where you just want to put the goggles on and the IV feeding tube in. [laughs] But I think you can just as easily build technology that makes your run better, that makes your step-counting more fun, that makes your interaction with your family more fun.

I have three kids. I have used every trick in the book to get them out with me to on a field trip or go spend time outside. If this is a technique that parents can use to get those kids away from the indoor screens for a while, I say more power to them.

Question: A console version of Ingress would be counterproductive, then?

Hanke: Not on our road map, no. [laughs]

Macintosh: It’s hard to drag the PlayStation around outside.

Hanke: But you know, my philosophy is a game should have maybe 30 percent of the gameplay happening indoors and 70 percent that requires you to be active. Having some things you can do in a game when you can’t go outside is fine, because it allows you to stay connected to that world. With Ingress a lot of that has been the intel map. Scot showed some examples of that. We have an AR version of that coming. The planning and plotting–can I make a field over Oakland, if I go up here and then down to the zoo and over to the port and work with some other people to knock down these links? A lot of that happens when people spend time planning indoors. Then they go out and play.

With Pokemon Go, there’s some of that with evolving a Pokemon. I’d like for there to be more. We want to strike the right balance with all of our games. But a pure console game, no.

Question: It seems like Pokemon Go lends itself more to something dog-walking than this game. How much of Ingress Prime can you play on an everyday route versus going to lots of different places?

Frank: At least in my neighborhood, I smash a fair number of portals from the opposite faction on every dog walk in the morning. [laughs] And then I come back in the evening for the second dog walk of the day and I see I have to smash them again. 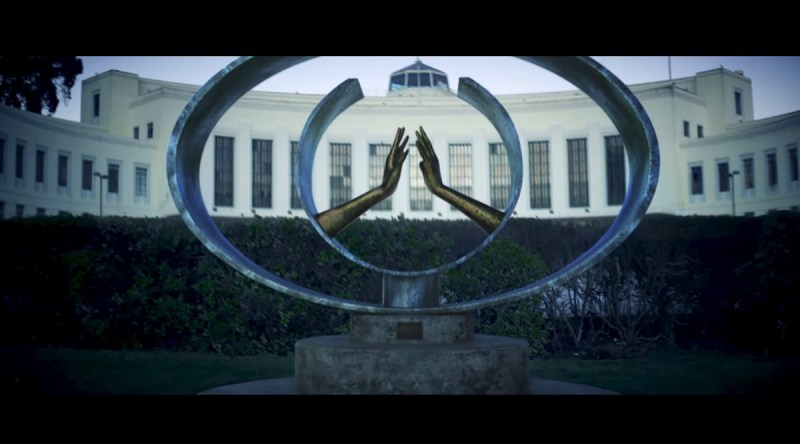 Question: That seemed to be one of the ideas behind the Adventure Sync.

Hanke: Absolutely, yes. That’s a platform-level technology that lets you get credit for your steps and your exercise, even when you don’t have the screen up and the app up. That’s something we intend to implement across all of our products.

Question: Did any of the acquisitions you made come in handy for Ingress Prime?

Hanke: You’re seeing some of that in the AR preview there, the Escher technology coming into play. All of the acquisitions, in the sense of the AR acquisitions, feed into the Niantic AR stack, which again is deployed across all of our products. We’ll be seeing benefit from that across all those games as we add features and capability to that stack.

Question: Can you explain more about the AR functionality that you showed us? How does that come into play in the game?

Frank: As John was alluding to, in terms of planning some of the strategic ops — during anomaly gameplay, or even if you just want to put a field up over Oakland, being able to see what links fall where, which portals are key in order to capture Jack London Square, for example — that’s one way in which this AR intel map would come in handy.

In addition to that, being able to quickly see beyond just the current map view, that’s on the screen, and understand, “Okay, where are the high-level portals? Where can I go set up a farm and get high-level gear? Are there players over in this part of the town?” These are some of the different things that initially will be unlocked through the intel map. There’s some other, more dynamic features that will be coming up later.