The Oculus Rift with Touch title is based on the gameplay of the Irvine, California-based studio’s previous Lone Echo and Echo Arena VR games, and this one has a fresh take on competitive gaming. While you throw a disc around to other players in Echo Arena, you can shoot at players in Echo Combat in zero g. The game has a shot to be a new esport in VR.

At Oculus Connect 5 in September, Ready At Dawn revealed additional details about Echo Combat, including another map, Combustion, as well as an additional game mode called Capture Point. It also announced private matches and trophy-like achievements for Oculus Home.

Now, the company said it has one more map for the launch: Dyson, which has a big open-space for Control Point mode, where players fight for control of a particular location. 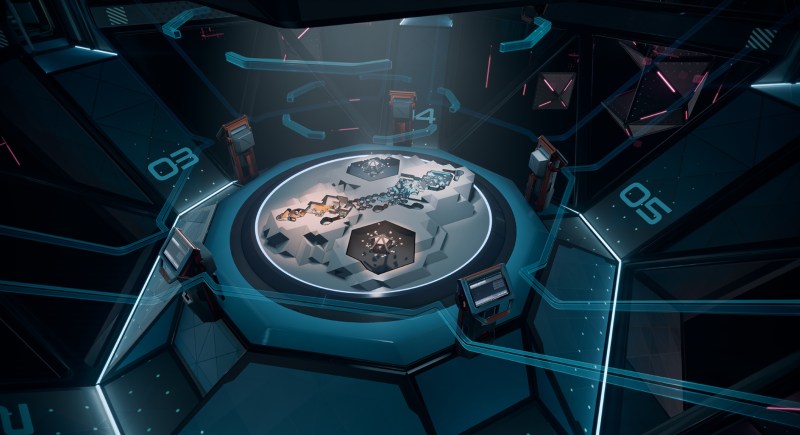 Echo Combat also has a new weapon dubbed the Meteor, which acts like a classic rocket launcher. The game also features a grenade-like device called Instant Repair that heals targets on impact, including yourself.

The game also has a Phase Shift ability, which lets you phase out of reality for short periods, Phase Shift is a particularly useful Tac-Mod that will help you sneak behind enemy lines or make a hasty retreat.

In Echo Combat, you gain experience by competing in public matches. You can gain character levels, bragging rights, and access to a suite of new customization options, like decals, emotes, and patterns. Once you’ve unlocked something in Echo Combat, it’s also available in Echo Arena.

Lastly, after months of serious play-testing, the default game size has been bumped up from three-versus-three to four-versus-four.

Echo Combat is available on Thursday as an in-app purchase through Echo VR for $10. If you already own Echo VR, you can purchase the Echo Combat downloadable content on the Echo VR Oculus Store page.

Echo VR players can also log in and purchase Echo Combat from the Main Menu or in the Echo VR lobby at any of the Matchmaking Terminals or Customization Terminals.

Echo Arena will remain free-to-play, and players can get Echo VR support from Ready At Dawn through 2019. Fission is a payload delivery map, while Combustion and Dyson are capture point maps. Meanwhile, the single-player Lone Echo II is coming in 2019.