Mobile publisher Flaregames is laying off 45 people, and founder Klaas Kersting is handing over the CEO duties to executive Todd English. The seven-year-old company has been a one-stop shop for mobile game developers, and it makes its own games, too.

The Karlsruhe, Germany-based Flaregames will now divide itself in two, with a publishing division and a separate organization with multiple development studios for mobile games.

“We’re operating in a hit-driven business, and while we’ve enjoyed success with recent high-profile launches, it hasn’t been at a scale to sustain the long-term future of the company in its current state,” Kersting said in a blog post. “As a consequence, I’ve today announced several key changes, which restructure our operations around our greatest strengths and areas where I feel we can secure the best chance of long-term success.”

Kersting, who was previously founder of Gameforge, said Flaregames’ publishing services will center on senior-level expertise in areas of game development, live game operations and marketing with the aim to offer a more bespoke skillset to developers. Smaller service teams that provide a hand-crafted experience to partner studios is a shift away from the past strategy of treating all studios’ needs generically. 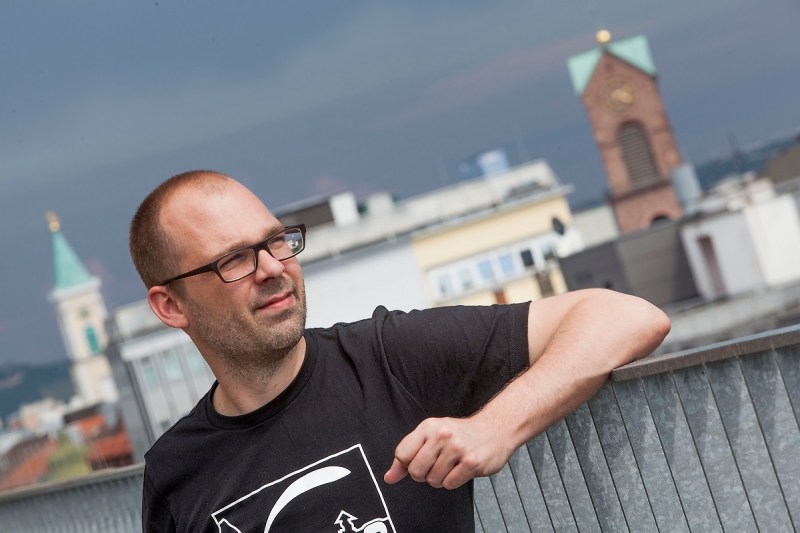 Above: Klaas Kersting is founder of Flaregames.

The separate entity will include the company’s owned studios in Frankfurt (Keen Flare) and Tampere (Kopla Games) plus other studio acquisitions, which the company is actively pursuing (and close to announcing).

Kersting, who in 2017 announced the Flare Accelerator for game startups, will focus on his own skills as an investor. He has invested in 15 game companies in the last five years, including Supercell, Geewa and PikPok. Flaregames’ centralized publishing services in Karslruhe will support other studios with in-house expertise where required.

“Refocusing our core business has required a number of hugely difficult decisions, the greatest of all being to release 45 members of our team here in Karlsruhe,” Kersting said. “I’m deeply saddened that we lose today such awesome colleagues and friends.”

Kersting said he no longer feels he is the right person to be leading Flaregames’ operational publishing business, and his primary contribution to the future of this company will be devoting time to new business areas, namely studio and major intellectual property investments within the scope of the new entity.

English, previously the head of studio, will now be CEO of Flaregames GmbH. English has experience working at PopCap Games and Electronic Arts.

More info will be shared in January about the organizational split.

“I want to reiterate how incredibly tough it has been to reduce our team and wish all those affected the very best for the future,” Kersting said.