Earlier this year, Microsoft bought Seattle startup PlayFab to integrate its live game operations business into the Azure cloud technology. And now some of that integration has happened, said Kevin Gammill, general manager of gaming cloud at Microsoft, in a blog post.

“As game developers, we strive to build incredible gaming experiences with dynamic play that drives engagement,” Gammill said. “Launching an online multiplayer game is challenging as it requires solving the complex issue of how to scale multiplayer servers without pulling resources away from creating the actual game.” 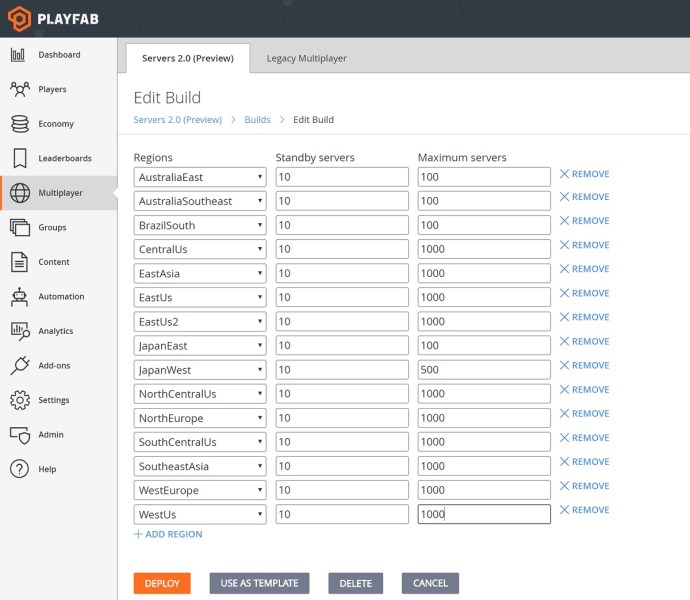 Above: PlayFab runs live operations for game developers, so creators can focus on making a game fun.

The preview platform will bring the scalability and expertise of PlayFab and Azure to multiplayer games, enabling developers to get them running quickly with cloud computing power, while developers focus on making the game fun.

He said the benefits for a multiplayer game are immediate: seamless connectivity, quick loading environments, and responsive game play.

The benefits include being able to dynamically respond to player demand by efficiently scaling custom multiplayer servers as containerized apps on Azure virtual machines. Developers only pay for Azure resources necessary for gameplay plus a small pool of stand-by servers to handle bursts in demand. 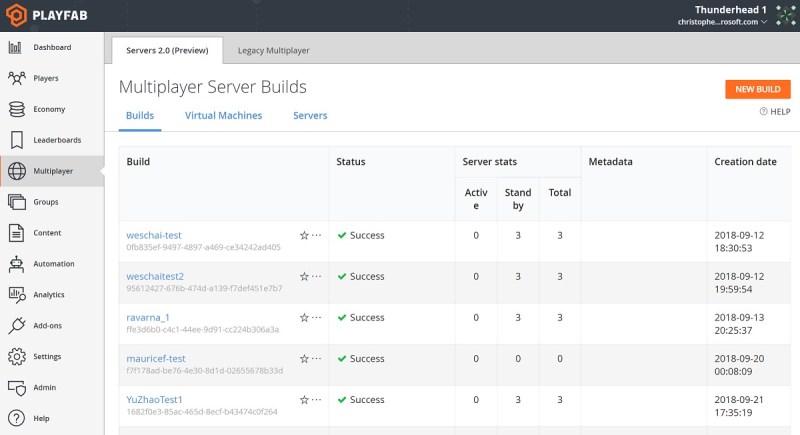 Above: PlayFab runs a lot of online games so developers don’t have to.

Developers can also leverage the proven scale of Xbox and Microsoft Azure by using the same global infrastructure that supports games like Forza Horizon 4, Sea of Thieves, and Tom Clancy’s Rainbow Six Siege.

And with Azure data centers close to players around the globe, the gamers will experience low-latency and fast multiplayer game play.

Lastly, developers can control server and development costs without sacrificing performance. Developers can get 24/7 production support and access Azure compute hardware in 14 regions.

Starting today, PlayFab indie, pro, and enterprise tier customers can access the service and use a limited, free quota of multiplayer servers for product evaluation and testing.