Virtual reality entertainment is taking a step up today with the release of Crow: The Legend, a new animated short film from Baobab Studios. The free film is available in VR on Oculus Rift and Oculus Go, and it is also available in non-VR as a 2D film on YouTube.

Baobab Studios was able to cast entertainers John Legend, Oprah Winfrey, and Constance Wu in the Native American origin legend story. CEO Maureen Fan said in an interview with VentureBeat that the famous cast pitched in because they want to support the film’s message, where a crow learns how to think about others beyond himself.

The film is a noninteractive animated short on YouTube, running at about 18 minutes. But the VR experience is longer and interactive, allowing players to linger longer in the environment of the VR world, said Eric Darnell, chief creative officer and director of Crow: The Legend, in an interview. 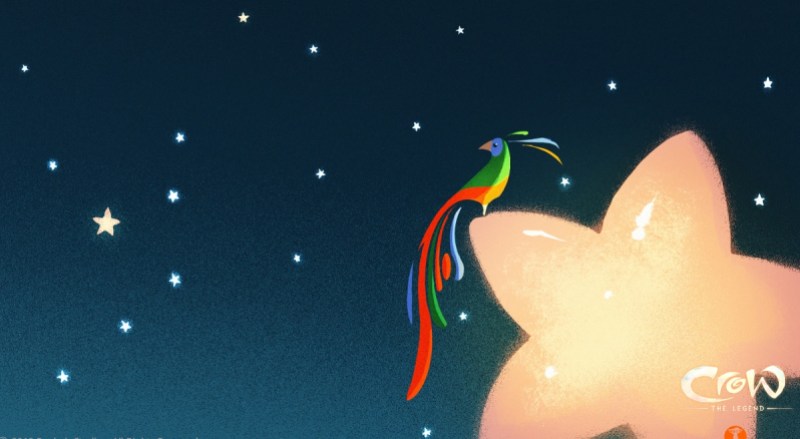 Above: You can interact with the stars in the VR version of Crow: The Legend.

Crow: The Legend gives you an active role to play as the Native American origin legend of the Crow unfolds around you. You are born as “The Spirit of the Seasons,” with the power to impact the weather and environment using Oculus Touch controllers. (This doesn’t work on the Oculus Go). The interactivity is a little like playing with a snow globe, Fan said.

“You can wave your hands and make the grass grow, the flowers bloom, the sun come out, or the snow fall,” Darnell said. “You can go into the stars and touch them and make music.”

To bring the story of Crow: The Legend to life, Baobab partnered with Native Americans in Philanthropy (NAP). Sarah Eagle Heart, CEO of NAP, voices the character of Luna. In the story, Crow concerns himself with his singing show, but the animals start to suffer the effects of their first winter. They plead with Crow to fly past the sun to fetch a solution, and he eventually comes around. 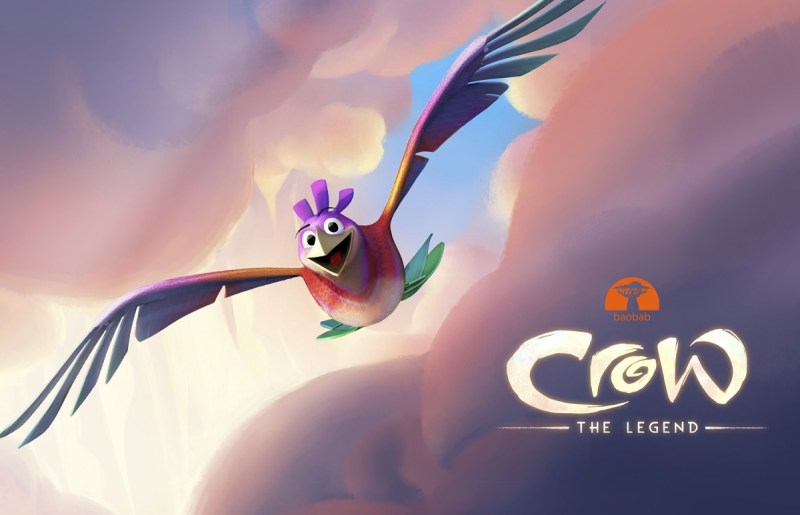 Above: Crow: The Legend is available on YouTube in non-VR form and in VR on Oculus Rift and Oculus Go.

“We share this wisdom through storytelling, with tales passed down through many generations over thousands of years,” Eagle Heart said, in a statement. “We are emotionally, physically, and spiritually connected to these stories that teach us right from wrong, and provide a framework for how to live fulsome, compassionate, and engaged lives.”

Fan said that Crow: The Legend is an important story to tell, not just for both its cultural value, but also for its ability to spark change within the creative industry itself.

“During this process, Baobab and I discovered a scarcity of Native creators within the VR industry,” said  Eagle Heart. “This wasn’t due to lack of interest but rather an absence of opportunities.” 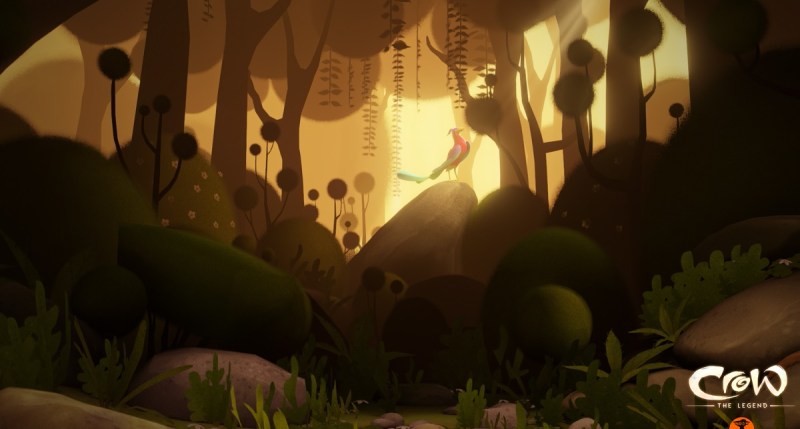 Above: Crow: The Legend is a Native American fable.

In response to this gap, Native Americans in Philanthropy partnered with Baobab, Vision Maker Media, and Longhouse Media to create the #GenIndigenous fellowship which they are launching to support building pathways for Native American youth in VR.

Legend sings an original song in the film, and Darnell said it was wonderful to see how it came to life with Legend practicing at the piano. Creatively, he thought about the project as a kind of storybook experience.

“Crow: The Legend brings storytelling and music together in a way no one else has yet in virtual reality. It’s an incredible medium for inspiring a journey of self-discovery and finding your way in times to darkness,” said Legend, in a statement. “In light of what’s going on in today’s world, it’s a message of deep meaning that people from all walks of life can embrace.” 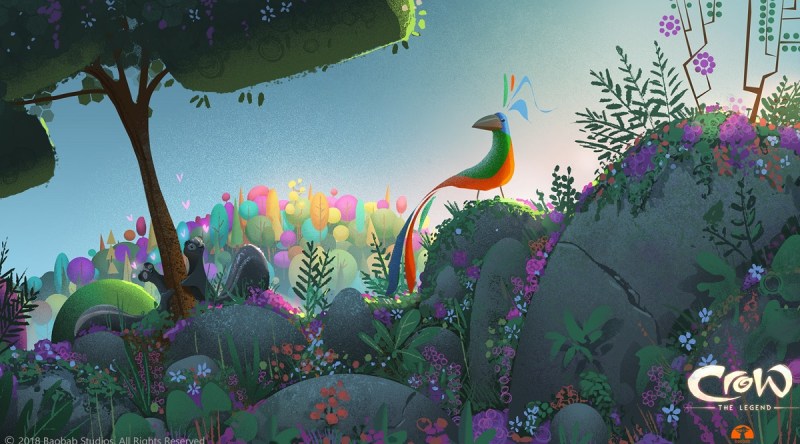 Above: Crow starts out as a colorful bird.

On the heels of the back-to-back Emmy Award-winning releases Asteroids! and Invasion!, Crow: The Legend is Baobab Studios’ most ambitious project to date. Fan said the team decided to make it free because it felt that it told an important story about indigenous peoples and legends that they were forced to suppress in the past, because they were considered pagan, according to film adviser Randy Edmonds.

She also said it has a good message about diversity.

It’s a big project to give away for free, as the team of 15 people worked on it for about a year. It was complex to make because it had so many characters and environments. But the strategy of making such creations available for free have worked out well for Baobab on its earlier projects.

Although it is debuting on a couple of platforms now, the film could eventually make its way to more platforms. Fan declined to say if Oculus provided funding. For a VR experience, it’s pretty long at about 25 minutes of content.

“We consider ourselves an immersive entertainment company, not tied to any one platform,” Fan said.

Baobab raised $25 million in venture funding in 2016. It gave away its previous VR features as well, but it has struck a deal to make a full feature film based on the Asteroids! and Invasion! universe. Fan declined to comment on that deal, but the company is bound to make money from it. She also pointed out that Darnell was creator of the Madagascar series of films, which did very well.

“I can’t talk about anything now” about how the company could monetize the Crow project, Fan said. “Eric creates stories that have been hugely successful. Both critically and commercially. He creates franchises, not just one-off hits that many films come under. These are things that we think gives our company legs. These are things I think give our company legs, because content is king. What is going to lift this immersive medium to become a mass market is ultimately content that is universally appealing.”