Bunch has raised $3.8 million in funding for its app that lets people play mobile games with friends over video chat.

Bunch‘s idea is to make games more social by letting people engage in video chat before, during, and after playing their favorite mobile games. It was inspired by “LAN parties” on the PC where gamers get together and play games in the same room.

London Venture Partners led the investment, with participation from Founders Fund, Betaworks, North Zone, Streamlined Ventures, 500 Startups and others. The new capital will allow Bunch to ramp up user acquisition and expand its developer platform.

Bunch delivers a social gaming experience on smartphones and tablets, even when the players are physically apart.

“A lot of us grew up playing PC games like Starcraft and Counterstrike with friends in the same room. Most of the fun in playing these games with friends comes from the ability to laugh together and trash talk during the games,” said Selcuk Atli, CEO at Bunch, in a statement. “With the rise of live mobile games like Fortnite and Roblox, younger gamers are trading in the large screens of their PCs and consoles for smartphones so they can play with their friends anytime, anywhere. We are building the chat application designed for them.”

With the Bunch app, users can invite their friends to a party, pick their favorite game, and launch into a gaming session with the tap of a button. The app supports live voice and video chat for up to eight players and lets users play popular mobile games like Fortnite, Roblox, Minecraft, and HQ Trivia with their friends. 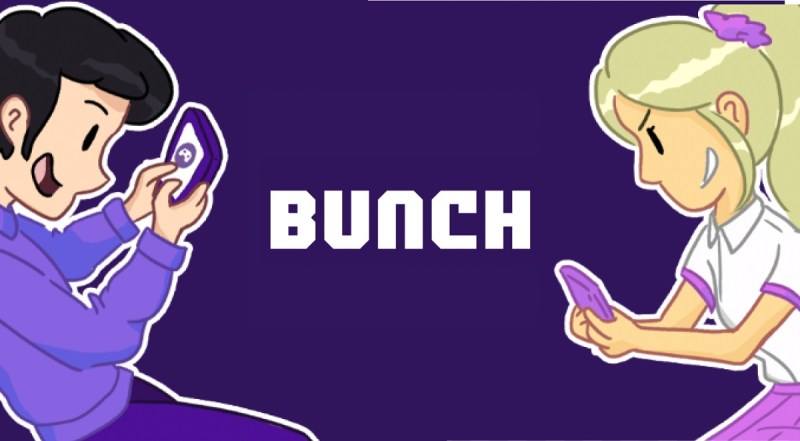 Above: Bunch lets eight people chat together on smartphone video.

“Popular mobile games are becoming live, and live games are coming to mobile devices. With this massive shift happening, players need better experiences to connect with friends and play together,” said David Lau-Kee, general partner at London Venture Partners, in a statement. “Among the many companies we’ve seen tackling this problem, Seljuk and the team at Bunch have created, by far, the best user experience, and they have achieved great momentum with developer partners already. We are excited to be part of their journey and help Bunch scale.”

Bunch does not require any direct integrations to support mobile games like Fortnite and Roblox. However, it offers developers a richer and more integrated experience via the Bunch Presence software development kit (SDK).

The Bunch Presence SDK brings the Bunch experience directly into native mobile games. Spaceteam, the popular cooperative party game from developer Sleeping Beast Games, is the first game to integrate the Presence SDK. Bunch is already working on integrations with several other major game publishers and will be announcing these new partnerships in the coming months.

“Spaceteam is a local multiplayer game which involves shouting technobabble with your friends. It’s high energy and hilarious, which makes for a great party game, but players need to be within earshot of each other to be able to play together,” said Henry Smith, creator of Spaceteam, in a statement. “Thanks to Bunch, people can now play Spaceteam with friends who are far away, as if they are next to each other. It was very easy to get up and running with the integration, and it has been a pleasure working with the team at Bunch.”

Bunch was founded in September 2017 by Atli, Jason Liang, and Jordan Howlett. Discord is the closest competitor to Bunch but Discord is designed for more hardcore gamers playing video games on their PCs and consoles. Bunch has eight employees.

Bunch is creating a much more frictionless experience for launching mobile games, so the differentiation is in the target audience and the user experience. Bunch is seeing that younger, GenZ gamers prefer to play their favorite games like Fortnite and Roblox with their friends on their smartphones and tablets; rather than the big screen.