Jensen Huang, CEO of Nvidia, acknowledged that the cryptocurrency mining hangover “surprised us” and caused an excess of graphics processing unit (GPU) inventory in the most recent quarter.

Huang made the statement in an analyst call after the company reported earnings for the third fiscal quarter ended October 28. After earnings came out, Nvidia’s stock price fell 15 percent in after-hours trading. That selloff wiped out more than $20 billion in market value.

The GPU crypto bubble was hard to figure out, as miners bought lots of GPUs and drove up the price of GPUs.

At first, miners who wanted to capitalize on the rapid rise in the price of Bitcoin cryptocurrency bought GPUs, which allowed people to mine Bitcoin at relatively low cost. But as Bitcoin’s price fell in half in December 2017, and other currencies also became “mined out,” (meaning it was no longer profitable to use GPUs to mine currency), the miners stopped buying GPUs. 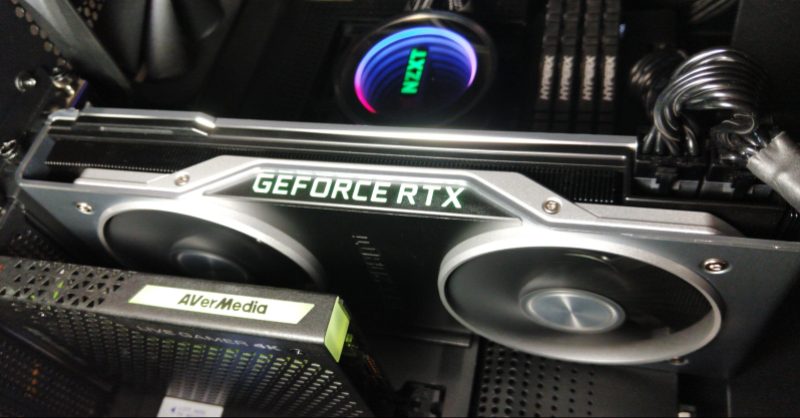 Nvidia and AMD saw the crypto GPU market stall, they both thought it was a relatively small part of their overall GPU sales.

But in the the third fiscal quarter, Nvidia saw a glut of mid-range Pascal-based GPUs — with more than 12 weeks of inventory piling up. Now it will take one or two quarters to clear that inventory and get back to normal sales.

“We were surprised, obviously,” Huang said. “We were as surprised as anyone else. The crypto hangover lasted longer than we expected. When prices went down, we expected demand to pick up more quickly.”

But demand did not pick up as quickly as expected, Huang said. The gaming part of Nvidia’s business, which included crypto-related sales, fell short of expectations. Nvidia tried to stall shipment of mid-range GPUs into the channel to reduce the inventory overhang.

“This is surely a setback, and I wish we had seen it earlier. I’m not sure what we would have done differently,” Huang said. “We thought we did a better job managing the cryptocurrency dynamics.”

Meanwhile, Nvidia launched its next-generation GPU, the Nvidia GeForce RTX series graphics cards, and it release its new data center GPUs too. Both use the new Turing architecture for graphics processing. Those cards have a new technology dubbed real-time ray tracing, which is built into the new Battlefield V video game from Electronic Arts.