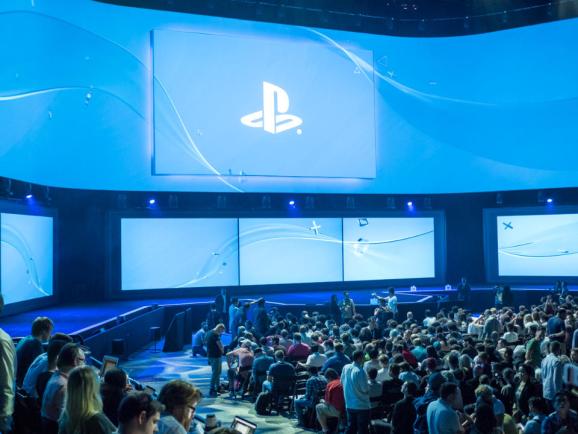 Sony gets ready to close out the long day of press briefings at E3 2015.

Sony revealed today that it will not attend the Electronic Entertainment Expo trade show in 2019. The show will take place from June 11 to June 14 in Los Angeles.

The ESA, which hosts the show, confirmed Sony’s absence to GamesBeat. Microsoft and Nintendo will still be attending.

When reached for comment, Sony directed GamesBeat to a statement it sent Game Informer:

“As the industry evolves, Sony Interactive Entertainment continues to look for inventive opportunities to engage the community. PlayStation fans mean the world to us and we always want to innovate, think differently and experiment with new ways to delight gamers. As a result, we have decided not to participate in E3 in 2019. We are exploring new and familiar ways to engage our community in 2019 and can’t wait to share our plans with you.”

End of an era

Sony and its PlayStation brand have been a part of E3 since the first one in 1995, where Sony showcased the original PlayStation and announced the console’s price and release date. At the same show, Sega shocked attendees by revealing that its Saturn console was launching immediately. Sony came back by revealing the PlayStation would cost $100 less (at $300) than the Saturn.

E3 used to be a pivotal part of every major gaming company’s marketing strategy for the year. The show is still big, but times are changing. Game companies can use the internet to broadcast their own shows and streams to help hype and promote their products without having to compete for the E3 spotlight. Nintendo stopped doing a traditional E3 conference years ago, instead just releasing another Nintendo Direct. Nintendo realized it can spread out announcements over the year at its own convenience with these Directs.

Electronic Arts still holds an event during E3 time, but it doesn’t participate on the show floor. Instead, it holds its own EA Play event elsewhere in Los Angeles. EA Play takes advantage of E3 while not technically being a part of it.

Above: The PlayStation 4 Pro.

Sony has already held its own event, PlayStation Experience (PSX). The show usually happens in December, but Sony opted to not hold one this year as it didn’t feel it could deliver enough excitement with announcements and upcoming games.

E3 used to only be for people that work in the gaming industry. Starting in 2017, the show began selling tickets for regular attendees. This had a dramatic effect on the show, increasing the length of lines and adding a more fan convention element to the event.

The show has gone through many changes during its life, but having the company behind the best-selling console skip out on the event is a major blow to E3.