Crow: The Legend debuted last week as a new animated film for both 2D viewing on YouTube and Facebook, as well as an interactive virtual reality experience. The creator, Baobab Studios, released the film for free as part of an effort to pioneer entertainment in the new medium.

The interactive VR experience can last about 25 minutes, and it enables viewers to interact with the world — like using their hand controllers to touch stars and make music happen. Darnell and Fan hope that the VR users will linger longer in the environment of the world they have created.

To bring the story of Crow: The Legend to life, Baobab partnered with Native Americans in Philanthropy (NAP). Sarah Eagle Heart, CEO of NAP, voices the character of Luna.

Coming on the heels of the back-to-back Emmy Award-winning releases Asteroids! and Invasion!, Crow: The Legend is Baobab Studios’ most ambitious project to date. It took 15 people about a year to create, but Fan said it is an important story about indigenous peoples that was overlooked or stifled in the past. 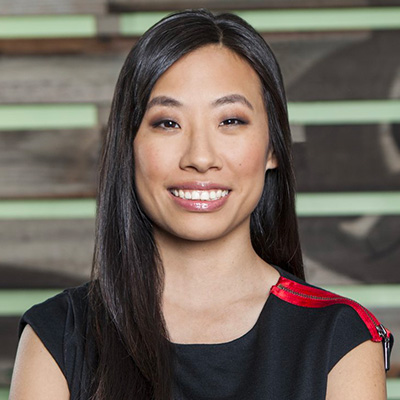 Above: Maureen Fan is CEO of Baobab Studios.

VentureBeat: It looks like you guys hit a big milestone here, finishing the project.

Maureen Fan: It’s a big deal. This is the team’s most ambitious project to date. We want to make sure the launch goes as smoothly as possible. We’re super excited.

VentureBeat: How long did you work on this one? How do you think it’s turned out?

Fan: We had a team of about 15 people, and we worked on it for about a year. I’m biased, of course, but I think it’s wonderful. We needed to make sure we did the original Native American story justice. We always knew that it was based on a Native American legend, but we learned, through the creation of this piece — we brought on two cultural advisors. Sarah Eagle Heart is the CEO of Native Americans in Philanthropy, our executive producers. Randy Edmonds is an 84-year-old Kiowa-Caddo tribal elder. He founded the National Indian Urban Council and was involved in the Oklahoma relocation.

When we were creating this, they taught us that many Native American youth were forced into re-education camps and told that they were not allowed to tell stories like this. They were considered pagan. Many of their stories were wiped from history, so to them, it was a big deal that we’re sharing this story. Our piece is one of the only, if not the first, animated pieces that shows an indigenous world view where they’re telling the story authentically rather than just us doing it. We wanted to make sure it was done well. It was an honor that they trusted us to do it, but we needed to make sure it was as true and authentic to Native American culture as possible.

I think we did a good job. It’s our most ambitious project yet because we created both a 2D and a VR version. The VR version comes in at around 25 minutes. It’s obviously pretty long. It has many different characters and environments, which is logistically ambitious for anyone in animation. We wanted to figure out what the role of the viewer is. Eric can talk more about the interactivity and the things we were experimenting with. 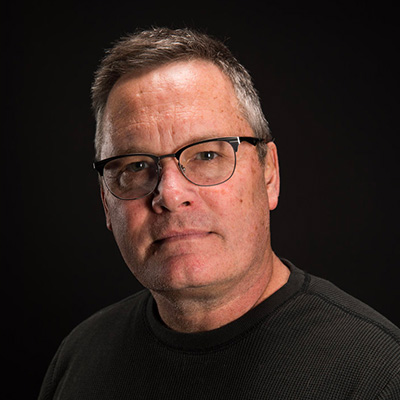 Above: Eric Darnell, creator of the Madagascar series, is chief creative officer at Baobab Studios.

With Asteroids!, we had hand controllers. We could lean into the interactivity, making the viewer able to interact with things in the environment. That was our first big education in the things you can do with that kind of agency. It becomes complicated really quick. If you look at the hand controllers, they have lots of triggers and buttons and knobs. There’s a lot of potential in terms of how you can use them.

When we got to Crow, we decided to try to make something that didn’t require the viewer to build up any experiential knowledge of the hand controllers. Instead, all they needed to do was wave their arms, like a magician, or like the spirit they play in the story. With just a gesture — a wave of your hand — as the spirit, you can make the grasses grow and the flowers bloom. The sun comes out. The snow falls. When you follow the hero on his journey to bring warmth to the animals, you’re flying through outer space.

You can wave your arms like a musical conductor and play the music of the universe. Depending on what you do, the music manifests itself differently. It’s up to the viewer to be part of this additive, interactive process with their arms to conduct this music. It sounds different depending on the individual viewer and how they choose to interact. It became a much more natural, organic way of allowing our viewers to interact with the environment. It turned out to be really successful. 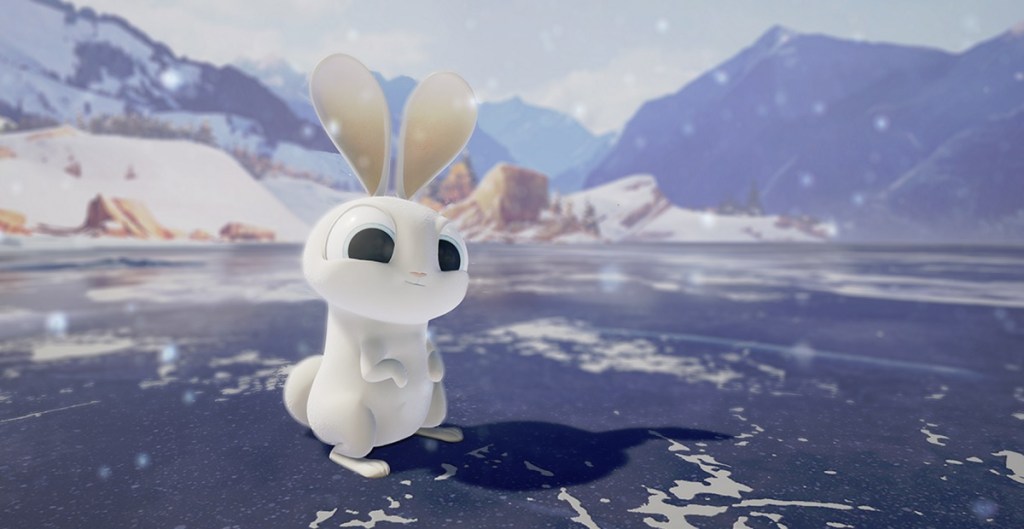 Above: The hero of Invasion!

VentureBeat: Back to some basics, how do you guys make money on this one?

Fan: We’re offering it for free on purpose because we want to make sure as many people as possible experience the Native American legend as possible. That was important to the cast. We aren’t very rich, as you know. We’re a startup. To have this amazing cast — we’re pinching ourselves all the time. But for them, one of the main reasons they wanted to be a part of this piece was because of the themes of diversity and sacrifice — and because it’s a story of an underrepresented community. It was important to us and them to make sure that as many people could experience it as possible. Making it free allows that.

VentureBeat: Did the split between doing it [in] 2D and doing it in VR give you a chance to make money getting it on TV, something like that?

Fan: There are always changes for us to make money, but for this one in particular, we made a conscious choice not to. You can imagine that for Baobab, we want our characters and universes and stories to live beyond any one particular medium. We consider ourselves an immersive animation studio. Anything that’s considered immersive is what we do, which is why we’ve also experimented with location-based entertainment. We premiered Jack, a version of Jack and the Beanstalk, at the TriBeCa film festival with a new director, Mathias Chelebourg. We’re doing AR, VR, LBE, and you can imagine other things as well.

VentureBeat: Asteroids! is that the one you were planning to possibly expand into a feature film?

Fan: Asteroids! and Invasion! are part of the same universe. They’re the same characters, Mac and Cheese. That’s the franchise and set of characters we announced a film deal around.

VentureBeat: Is there any similar deal possible with this one?

Fan: I can’t talk about anything now. But at Baobab, we’re always looking to expand our stories across many different mediums.

VentureBeat: Is that possibly why people have confidence in you guys? You can make a short, but you could also potentially make that into something a lot more valuable by building it into an animated feature.

Fan: I’m not sure, when you say “people,” how “people” have confidence in us. I can say that the reason why the cast that has come on and decided to work with us — one, it’s because of the themes, specifically, that they were attracted to in this project. But also, if you think about Eric, Eric co-directed all four Madagascar films, as well as Antz. He’s worked with the likes of Sharon Stone, Woody Allen, Ben Stiller, Alec Baldwin. Being talent in the hands of an experienced director really helps.

Of course, Eric creates stories that have been hugely successful, both critically and commercially. He’s created franchises, not just one-off hits. These are things that give our company legs. We still think content is king. What’s going to drive the medium to become mass market is ultimately content that’s universally appealing. That’s going to bring audiences into these headsets. That’s what Invasion! did, which is why it was a top VR experience on the download charts, and we hope Crow will do that as well. 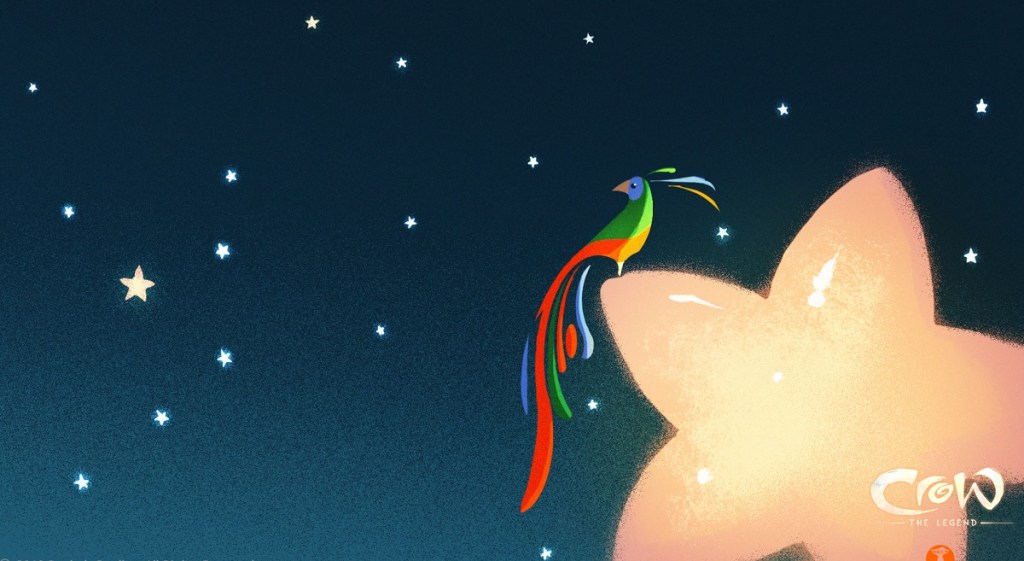 Above: You can interact with the stars in the VR version of Crow: The Legend.

VentureBeat: Does some financing also come from Oculus?