Mathieu Girard has already lived the indie dream. In 2011, he and Romain de Waubert de Genlis founded Amplitude Studios, the well-regarded makers of strategy games, such as Endless Space and Endless Legend. How good was its reputation? Strong enough that Sega acquired the company back in 2016.

Girard left Amplitude in January, and now, he’s ready to talk about his next adventure … a tactical one. Today, he’s announcing his new company, Tactical Adventures. It’s a studio in Paris that wants to make PC role-playing games that blend the rich stories of classics like Baldur’s Gate with the tactical choices you make in games like XCOM. It’s working on a yet-to-be announced game, one that will use the Dungeons & Dragons Fifth Edition Open Game License (OGL). This means that it’ll use the base rules, but it won’t feature any of the worlds (such as the Forgotten Realms) that belong to Wizards of the Coast.

In a call last week, Girard laid out his vision for Tactical Adventures and how he and his colleagues want to bring innovation to role-playing games. This is an edited transcript of our interview.

Mathieu Girard: It’s a love project, really. I mean, I’ve done — I’ve released many games in my career, both at publishers and also at Amplitude. That’s been thrilling, but my — not shallow but teenage and young-adult dream was making an RPG. I’ve been a big fan of pen-and-paper RPGs, and I was looking for a way to do it right. Making a new studio seemed like a good way to do that. Even though I had a blast at Amplitude with my partner Romain — working with Sega was great as well — I needed to do my own thing, to make the game I wanted.

GamesBeat: When you say your love of pen-and-paper RPGs, which games are you talking about?

GamesBeat: I was reading the website, and you cite a game using fifth edition rules. Are you making a D&D game, or are you using the open licensing agreement?

Girard: I’m using the OGL from Wizards of the Coast. That’s still a 400-page document. There’s a huge amount of content. But obviously, we have to be careful with the copyrights and the universe.

GamesBeat: So, you can use the basic rules and all the stuff that’s in those 400 pages. You just can’t use the Forgotten Realms or other specific names.

Girard: That’s right, as I understand it.

GamesBeat: So, it’s an open game license game. It’s not a branded D&D game, and you’re not working with Wizards of the Coast.

GamesBeat: Why is now the time to start making your passion project?

Girard: Because I’ve learned a lot. I’ve made lots of different games. I’ve made strategy games and even Formula One racing games. I’ve made shooter games, management games, 4X games. Lots of stuff. I guess what I was missing was an RPG. But it can be a bit scary to make an RPG. It seems very complex. You have to build lots of environments and monsters and a huge scenario. But it’s not that complex once you have experience. I want to have a more systemic approach to an RPG rather than a purely narrative approach. The idea is to bring something new to the game mechanics of an RPG on a computer.

GamesBeat: You have some of that experience already with Endless Legend. To me, that feels just like a strategy RPG.

Girard: Yes, that’s correct. With the evolution you have with the heroes, the tactical combat. I guess I’m pushing this to another level. Some elements — the point is not to copy Endless Legend. It’s really a different game. But yes, there are some very interesting aspects of RPG in Endless Legend. What I can say is that what’s very different between an RPG and a 4X is that a 4X is usually procedurally generated while an RPG usually has designed levels. You have to build a whole environment construction pipeline. You have to build battle landscapes, which aren’t automatically generated as in Endless Legend. There’s a whole new perspective on editing content, rather than just finding the right algorithm to generate it. There will be more challenges on the battleground, in the possibilities of the characters and so on.

GamesBeat: What are some of the technical innovations you’re talking about? You said Tactical Adventures has the ambition to deeply advance the mechanics of computer RPGs.

Girard: I guess — I don’t want to reveal all my secrets so soon. For now, we just have a prototype, which is very exciting. It shows a lot of cool stuff. The foundation for us is that computer RPGs have been making — well, they’re great games, but they’ve been doing more of the same thing for the past 20 years since Baldur’s Gate. These are great games. I love them. I play them. But it’s the same way of doing exploration and combat. Some of them have had turn-based combat but not all the way, not with a very accurate grid system. Some of them have — well, all of them have great narrative and story, but the way the narrative is brought to you, with the same five dialogue lines when you speak to an RPG — you have to read a lot of text. It can be a bit tedious, I think. It’s not very modern. Even though lots of people love this, including myself, I think we can bring something more modern to exploration, combat, and narrative. 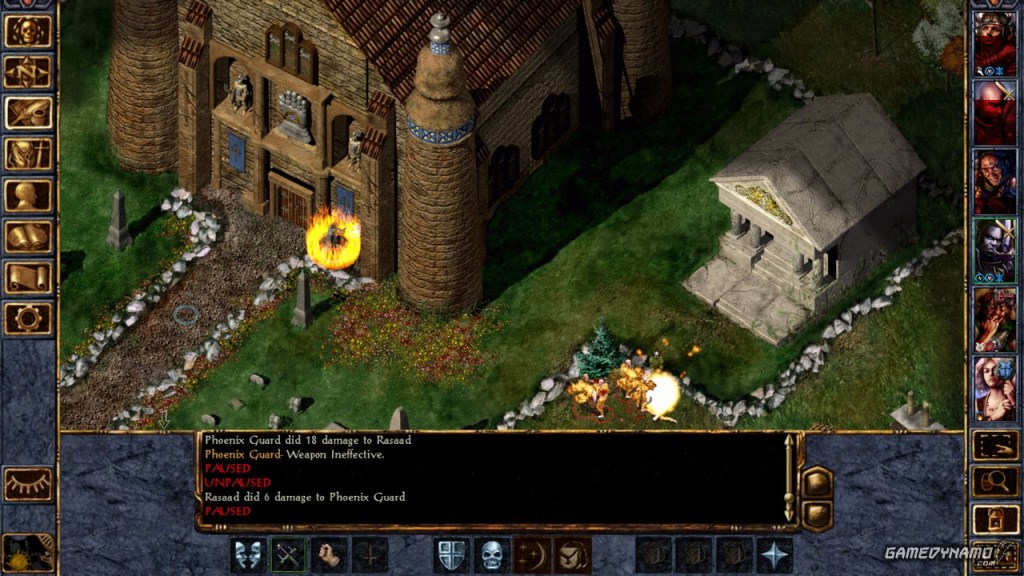 Above: Baldur’s Gate is an RPG classic.

GamesBeat: One thing that intrigued me on your website, you’re talking about wanting to incorporate not just Baldur’s Gate and those kinds of games but components of XCOM as well. Is that where you’re looking for innovation?