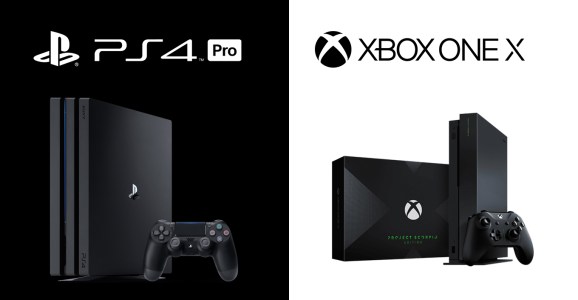 The PS4 Pro and Xbox One X are still performing well.

October was a huge month for both software and hardware, and — once again — Sony is benefiting from that excitement. PlayStation 4 outperformed the Xbox One and Nintendo Switch both in terms of dollars and units sold in October. That’s according to industry-tracking firm The NPD Group.

And as is usual for PlayStation 4, it is still seeing year-over-year growth, according to NPD analyst Mat Piscatella.

This was actually one of the best Octobers for any PlayStation console ever.

“October 2018 unit sales of PlayStation 4 reached the highest mark for any PlayStation hardware platform in an October month since the PlayStation 2 in October 2002,” said Piscatella.

With the PlayStation 4 still growing rapidly, Sony may have some reservations about jumping to a PlayStation 5 too soon. It may have too much blood left to squeeze from its current-gen stone.

What about everyone else?

The Nintendo Switch is still having tough comparisons to its debut year. The company has not had anything like Zelda or Mario, and its console sales have slowed. But like Sony, Microsoft is also doing well.

“Hardware spending in October 2018 grew 26 percent when compared to a year ago, to $300 million,” said Piscatella. “Significant gains in spending on both PlayStation 4 and Xbox One hardware were offset by declines across all other platforms.”

But compared to 2017 overall, hardware spending is up in a major way.

“For the 2018 year-to-date period, hardware spending has increased 19 percent, to $2.7 billion,” said Piscatella. “Spending gains for Xbox One, PlayStation 4, and plug-n-play devices such as the NES Classic Edition and SNES Classic Edition continue to drive growth.”