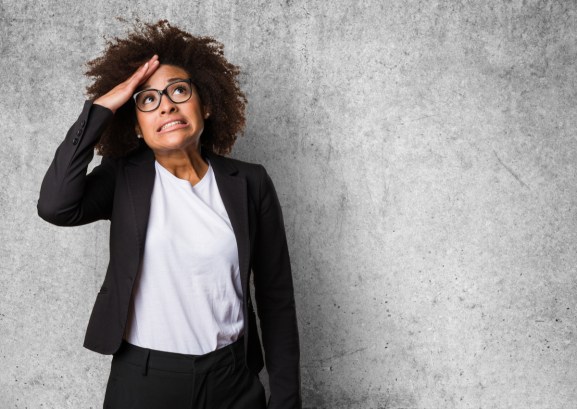 The post-seed gap is a top cause of startup death, and the crunch is more acute than ever. Between 2007 and 2015, the seed-to-Series-A graduation rate dropped from over 35 percent to 7.4 percent. Meanwhile, as fund sizes have ballooned, the average amount of capital raised in the seed and A rounds has more than doubled.

If you want to raise a Series A in this environment, you must achieve certain milestones. This is your no-bull guide to what those milestones are and how to hit them.

Once upon a time, startups raised six-figure seed rounds and $5 million A rounds. Now you need to be ready for a $15 – $20 million A round, otherwise the mega-fund VCs aren’t interested. That means your startup must have:

Basically, these milestones mean that to get from seed to Series A, you and your startup must grow up ridiculously fast.

Maturing your startup is going to be awkward. The structure of your organization is going to expand and change in weird, uncomfortable ways. As the team grows, you’ll hire more experienced managers and turn zit-faced processes into scalable ones. It’s puberty for startups.

I’ve coached companies including GoodTime and Blueboard through this process. Most recently, I’ve been working with Fitplan, which is a great role model for companies in the post-seed gap.

Fitplan is a personal fitness training app that sources programming and content from world-class trainers. Landon Hamilton, the CEO, is not a traditional founder: He’d been a nightclub owner and general manager but never a tech founder.

When he met with me and my partners, Landon had been building Fitplan for five years and was doing $200,000 in monthly reoccurring revenue (MRR). The company was not Series A material.

To get Fitplan there, we coached Landon through a few critical steps that we learned from “The Coach” Bill Campbell, CEO coach to Steve Jobs, Sergei Brin, and Larry Page. Bill always said the CEO’s most important job is to 1) hire great people and 2) exercise excellent judgment. Bullpen partner and co-founder Paul Martino added 3) don’t run out of money. These three essentials outline what a founding team must do to hit the Series A milestones.

Dial up the org chart

Setting up a mature organizational structure is the most critical thing founders can do in the awkward puberty stage. When you’re trying to hit Series A milestones, nothing creates more leverage than hiring great people.

While searching for product-market fit, Fitplan hired scrappy and smart “athletes” who could take on many roles. To get to the Series A, the company needed more functional experts and leaders in engineering, product management, marketing, content production, and operations.

I helped Landon think through his org chart and the executive team he’d need to hire over the next 12 to 18 months. We developed a plan for the timing and priority of his key executives. I reviewed job specs and resumes, interviewed candidates and helped close a two key hires.

I’ve been a co-founder at four companies, and skipping this step led to painfully prolonged puberty at the first one, Coremetrics. Founders wait too long to hire anyone because they are heads down and used to doing everything themselves. No one in that position wants to walk into a conference room with “Jan the Man” and a cast of Silicon Valley-ish characters who are expensive and useless.

If that’s you, trust your advisors and investors to help you identify key hires. Many startups, including Fitplan initially, resist using external recruiters and retained searches. Save money elsewhere. Finding the right team members is the single most important investment you will ever make.

Get your OKRs in order

OKRs (objectives and key results) are great tools for guiding your business. Most folks credit the late Andy Grove, former CEO of Intel, for coming up with OKRs. I started using them when John Doerr, chairman of Kleiner Perkins, was coaching our executive team at Zynga. John described how OKRs align the team’s priorities, hold each team and person accountable, and stretch us beyond what we think we’re capable of achieving.

The first step is to identify and measure the company’s most important metrics including user acquisition, growth, retention, lifetime value (LTV), revenue, and expenses. Then set milestones for each. Fitplan also has metrics for each fitness trainer, including “content effectiveness” (i.e., do customers use their videos?) and cost of acquisition (CAC). Uber, Lyft, and their peers measure driver acquisition. Your startup will have unique OKRs, too.

OKRs tell you whether you’ll hit your Series A milestones long before you succeed or fail. Without OKRs or an equivalent, your company might chase the wrong priorities.

Many startups don’t fail. They just run out of money. When you’re between seed and Series A, VCs will talk you into the financing scheme most advantageous to them. We encouraged Landon to explore both a post-seed round and venture debt, a special form of debt financing for venture-backed startups.

For Fitplan, the post-seed round provided the fuel to mature and grow. Both the post-seed and venture debt led to less dilution at better terms than a traditional venture round. It was a good match because Fitplan’s business model frontloads the cost of producing training videos. No videos, no users, no revenue, no Series A.

Venture debt is not right for every post-seed company and many VCs will advise against it. Whatever you choose to do, don’t run out of money.

Some problems fix themselves

You might be an unusual founder, in an overlooked industry, somewhere that isn’t Silicon Valley (all assets from my perspective). It’s going to be alright. Get your org structure, OKRs, and financing in order. If you focus on those things, a lot of other problems will fix themselves.

Andrew Trader is Operating Partner and Head of Platform at Bullpen Capital. He previously co-founded Zynga and Early Impact Ventures and served as entrepreneur-in-residence at Maveron.