Blackbird Interactive created Project Eagle, an interactive art demo of a human colony on Mars, in 2017. And, just in time for the touchdown of NASA’s InSight lander on Mars, the company is releasing the demo as a free app on Steam.

Canada’s Blackbird worked with Jeff Norris, founder and director of the Mission Operations Innovation Office at NASA’s Jet Propulsion Laboratory, to create the vision for a human settlement on Marsh. They first unveiled it at the DICE Summit, the elite game event in Las Vegas in February 2017.

“Jeff’s speech showed that art, when grounded in science, can capture the public imagination and even build support for the exploration of space,” said Blackbird Interactive CEO, Rob Cunningham, in a statement. “In keeping with Jeff’s idea we decided to make our future Mars Base simulation available for free so that as many people as possible could experience our little art-meets-science project. Hopefully, it might inspire them exactly as Jeff described.” 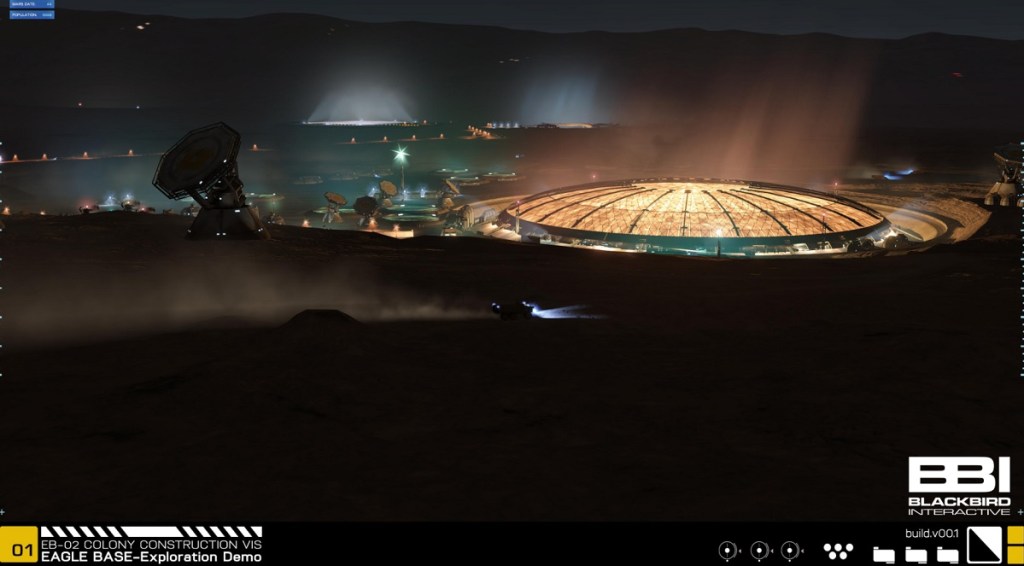 Above: Mars base at night

They studied the work of the original moon exploration advocates of the 1950s. The proselytizers of that time included Chesley Bonestell and Wernher von Braun. Von Braun created the technology and the arguments for a human expedition to the moon and beyond, while Bonestell created the images, like what the view of Saturn would look like from Titan.

Their goal was to use art to bring science and space exploration into the hearts and minds of the public and to show that dreams of colonizing other planets are possible within the next few decades rather than the next few centuries. 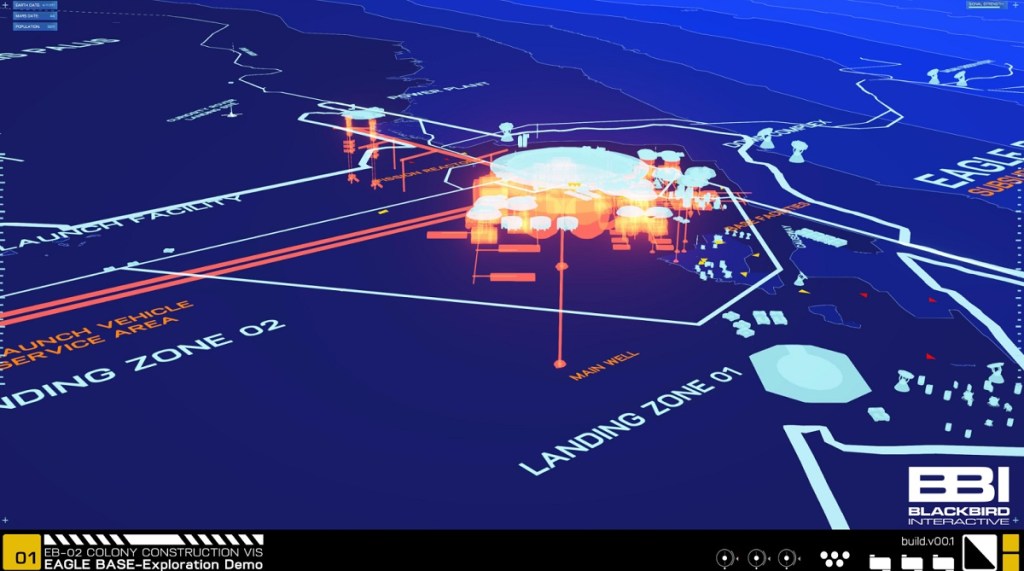 Above: Map overlay for Project Eagle.

The project depicts a Mars colony in Gale Crater at the base of Mount Sharp, near the original landing site of the Mars Curiosity Rover. It was created using terrain data from the HiRise camera aboard the Mars Reconnaissance Orbiter, and designed with input from NASA scientists about the technological and material constraints and possibilities for building human habitation on the red planet.

Norris reached out to Vancouver-based Blackbird to collaborate with the U.S. space agency on Project Eagle, the name for what a human settlement on Mars would look like. Project Eagle is set in 2118. 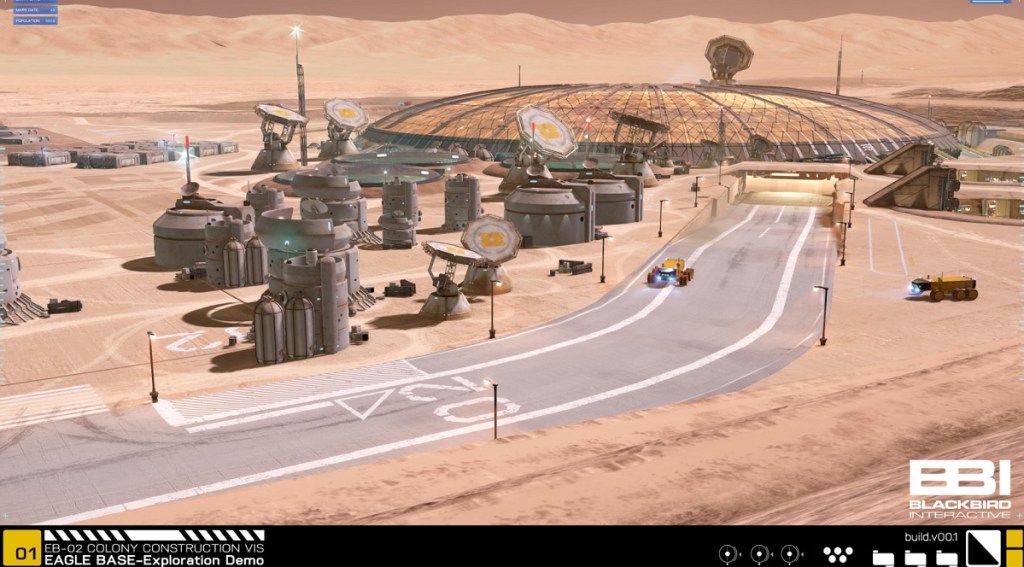 A spokesperson for NASA said in 2017 that the demo was created for the DICE Summit event, and it was not considered an official rendering of NASA’s vision for a Mars base. Rather, it was Blackbird’s own vision for a settlement based on input from NASA scientists.