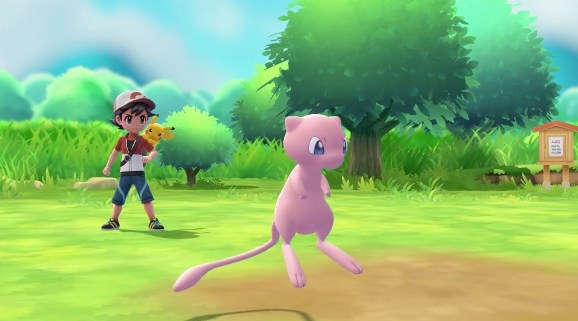 Nintendo announced today that the Switch had the best five sales ever in the U.S. for a Nintendo console during the five day period from Thanksgiving to Cyber Monday. Overall Nintendo sales topped $250 million during that time. It was also the Switch’s best-selling week in the U.S. yet.

Switch got a boost thanks to a few factors. First off, the Mario Kart 8 Deluxe system bundle was on sale for $300 starting on Black Friday. The console also had one of its biggest software releases of the year with Pokémon: Let’s Go Pikachu and Let’s Go Eevee debuting on November 16. Those games have already sold over 1.5 million copies.

Nintendo is also getting ready for the December 7 launch of Super Smash Bros. Ultimate. The fighting game has already achieved the most pre-sales of any Switch title yet. It also set a pre-sales record for the Smash Bros. series. Thanks to Smash, Pokémon, and Black Friday/Cyber Monday, Switch hardware sales alone were up 115 percent compared to the same Thanksgiving period last year. The Switch has now sold over 8.2 million consoles in the U.S. alone.

After a strong debut in March 2017, the Switch cooled down a bit this year. High-profile releases were rarer for 2018, especially when compared to 2017’s releases of The Legend of Zelda: Breath of the Wild and Super Mario Odyssey. But the Switch is ending the year strong thanks to Pokémon and Super Smash Bros. Ultimate.