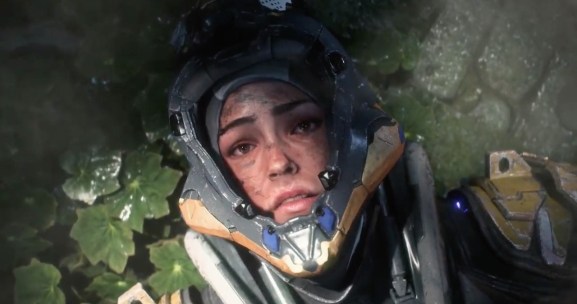 That face when you realize you'll be playing Smash during the Anthem alpha.

Electronic Arts is preparing to launch its next big game. Anthem, an online multiplayer shooter from developer BioWare, is due out February 22 for PC and consoles. But EA doesn’t want to roll into that launch without giving you a chance to play it and without doing some tests. So the publisher is planning an alpha test that kicks off next weekend.

The Anthem alpha begins December 8 on PC, PlayStation 4, and Xbox One, and it will end the next day, December 9. Like the recent Fallout 76 beta, BioWare plans to run this test in sessions. So the Anthem servers will not run continuously for 48 hours. You can participate in all sessions, but you can only sign up to play on one device.

While EA recognizes that this is how many people will play Anthem for the first time, it is emphasizing that this is a technical test.

“It’s an opportunity for you to check out Anthem, but we’ll also be adjusting things like matchmaking and server load on the fly,” reads EA’s help page. “These community playtests are more limited than what we want to share in the prelaunch demos. All of these factors combined mean that we’re making access to our playtests limited, which is where the ‘closed’ part of the name comes from.”

What does that mean for you? Well, you can sign up for a chance to try the game, but EA is not guaranteeing your participation.

But if you want to take your shot at playing Anthem, which impressed me when I tried it at E3, you need to do the following:

This is the only way to get into the alpha as of the time of this posting. You don’t automatically get a code if you preordered or anything like that. But it wouldn’t surprise me if EA runs a beta later for people who preorder. For now, good luck getting in.